Bitcoin payment worth over $500,000 made to far-right individuals before US Capitol attack: report 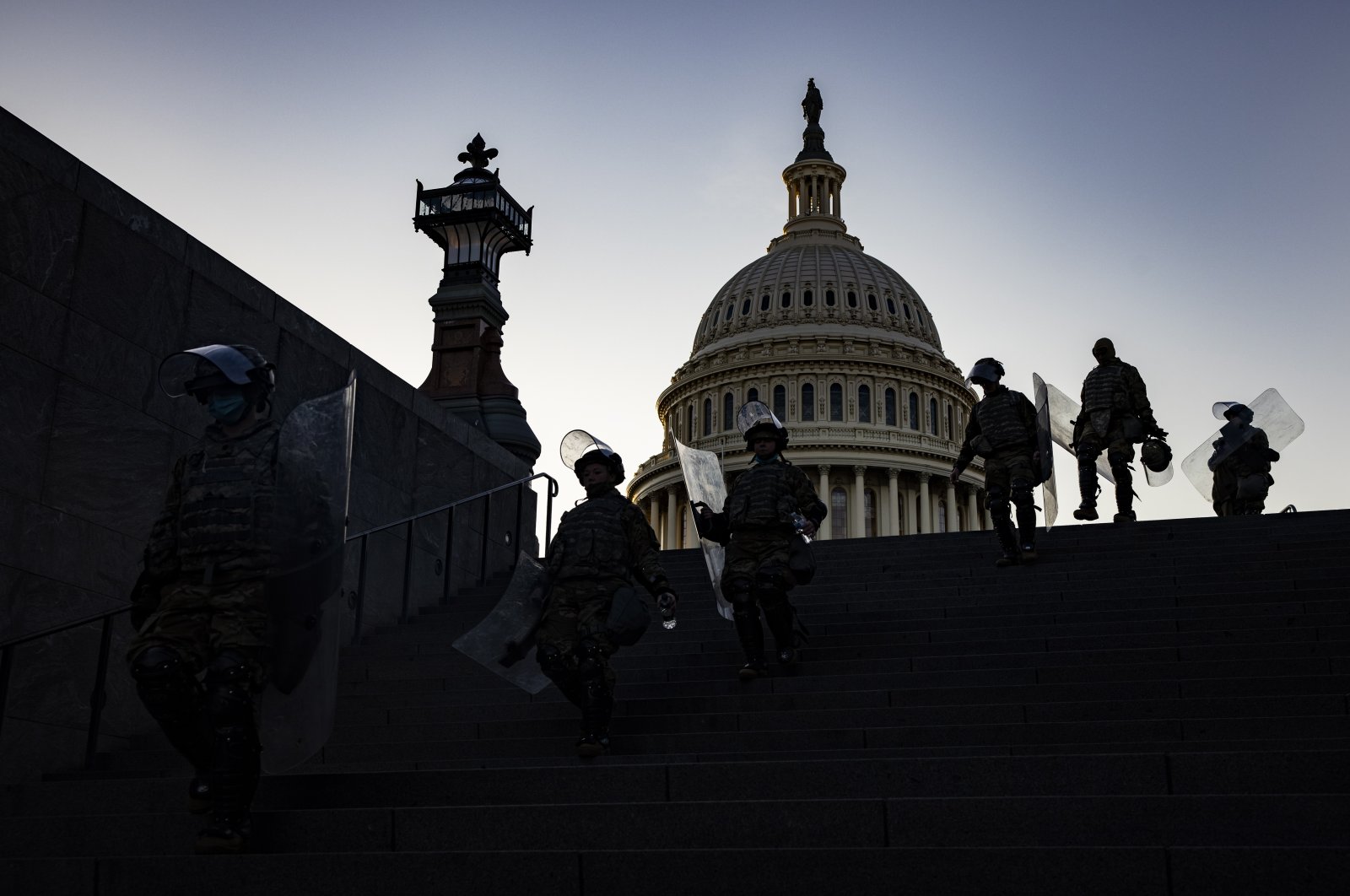 National Guard soldiers with riot shields head to the Capitol Visitors Center after being deployed to secure the grounds around the US Capitol building in Washington, DC, USA, 13 January 2021. (EPA Photo)
by REUTERS Jan 14, 2021 10:57 pm

Payments in bitcoin worth more than $500,000 were made to 22 different virtual wallets, most of them belonging to far-right activists and internet personalities, before the storming of the U.S. Capitol, cryptocurrency compliance startup Chainalysis said on Friday.

The payments, made by a French donor, of 28.15 bitcoins were made on Dec. 8, the New York-based startup, specializing in countering money laundering and fraud in the digital currency space, said in a blog post.

Chainalysis said it now has evidence that many alt-right groups and personalities received large bitcoin donations as part of the single transaction.

"We have also gathered evidence that strongly suggests the donor was a now-deceased computer programmer based in France," Chainalysis said in the report.

Nick Fuentes, who was permanently suspended from YouTube last year for hate speech, received 13.5 bitcoins, worth about $250,000 at the time of the transfer, making him by far the biggest beneficiary of the donation, according to the blog post.

Fuentes could not be reached for a request for comment.