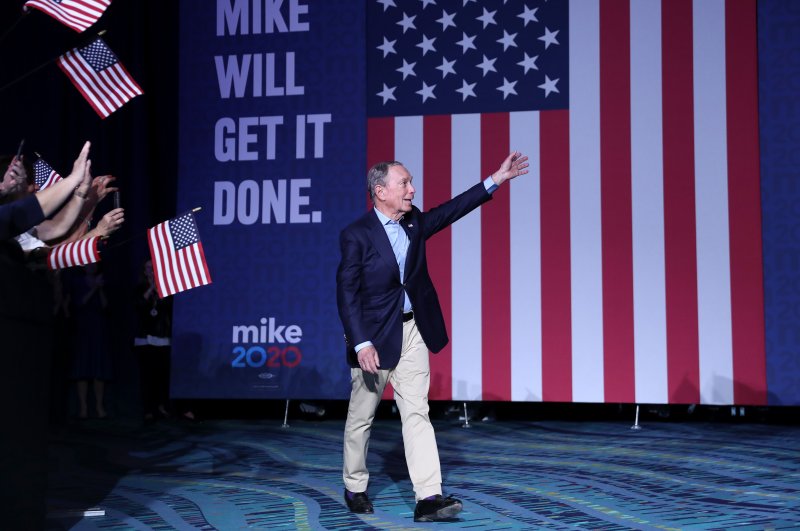 After lavish spending on campaign ads across the U.S., billionaire and former New York Mayor Michael Bloomberg ended his presidential campaign Wednesday and said he was backing Joe Biden for the Democratic Party's nomination to challenge President Donald Trump in the November election.

"A viable path to the nomination no longer exists," Bloomberg said in a statement, having failed to deliver convincing wins in his electoral debut on Super Tuesday. Endorsing Biden, Bloomberg said, "I will work to make him the next president of the United States."

His exit ended a novel electoral strategy, a vast experiment in political advertising, as Bloomberg, 78, skipped the four early-voting states and instead focused on the 14-state Super Tuesday contest.

Despite spending record amounts of his own money on advertising, it was an embarrassing debut for billionaire media entrepreneur Bloomberg who failed to win any state, though he did get a consolation victory in American Samoa, a tiny territory in the Pacific. Since entering the race on Nov. 24, Bloomberg spent $559 million of the fortune he built on his eponymous media company on an ad campaign that vaulted him into the top tier of the Democratic field. After blanketing the airwaves with promises that he could defeat the Republican Trump in the Nov. 3 election, his support among Democrats and independents in public opinion polls rose to around 15% from about 5% when he entered.

Biden won at least nine states, while left-wing Sen. Bernie Sanders had three in his pocket. Texas, the second-largest state, was a near dead-heat between the two leaders, but Biden secured a narrow victory. California, the most populous state, was leaning toward Sanders. Primaries are not a winner-take-all and what matters is who gets the most delegates on a proportional basis. Both candidates lack a pathway to a clear majority, constituting 1,991 delegates, by the party's convention in July.