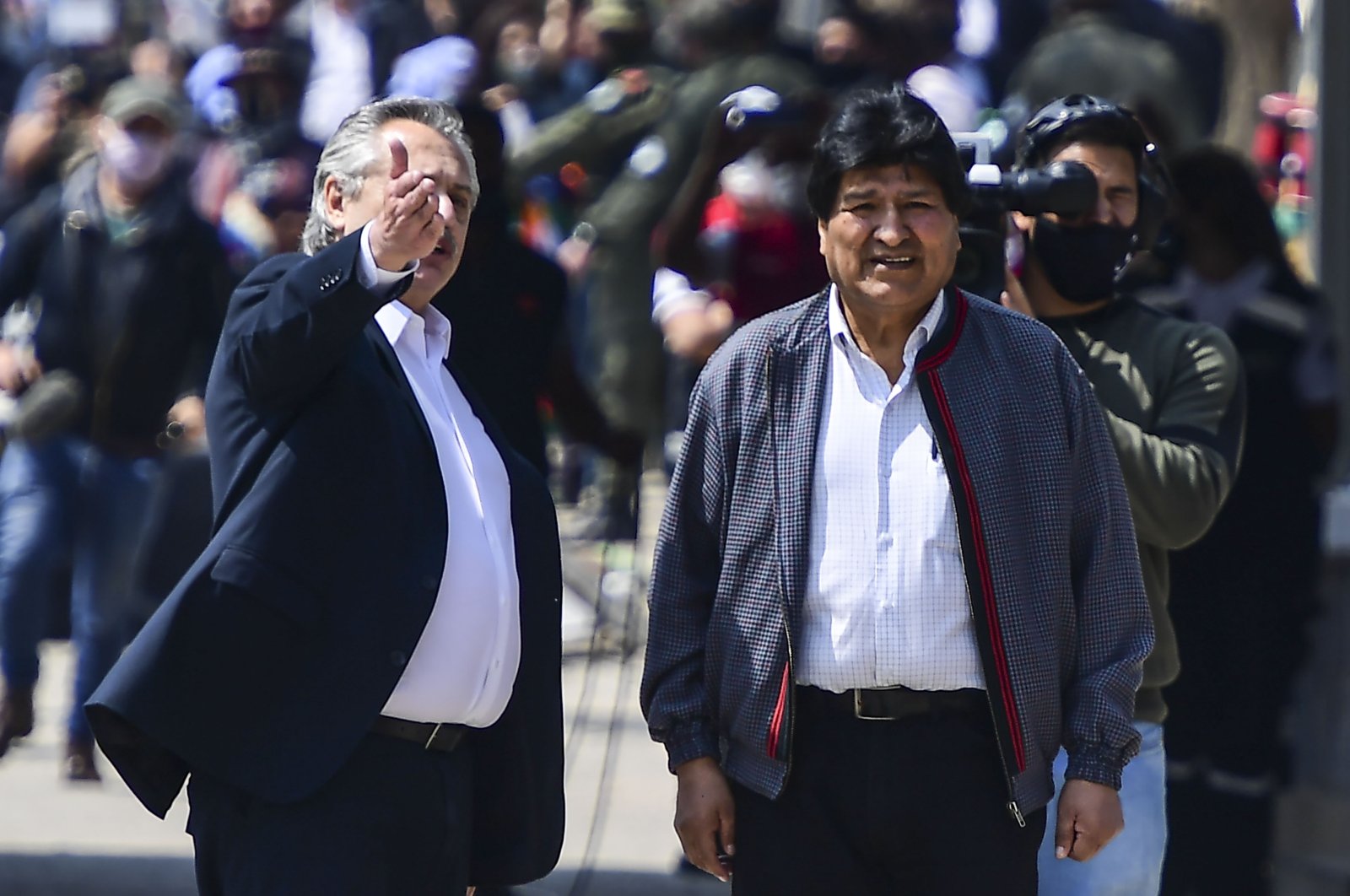 Bolivia's former president Evo Morales (R) is accompanied by Argentine President Alberto Fernandez as he arrives back in his country from Argentina, Villazon, Nov. 9, 2020. (AFP Photo)
by REUTERS
Nov 09, 2020 5:52 pm

Former longtime Bolivian leader Evo Morales crossed the border back into Bolivia on Monday, ending a year in exile, after a close ally and member of his MAS socialist party was sworn in as president.

Morales, who led Bolivia for almost 14 years as the first indigenous president, entered the country from Argentina after a farewell ceremony presided over by Argentine President Alberto Fernandez.

Morales, who left Bolivia under a cloud in November 2019 after international observers cited irregularities in an election that gave him a fourth term in office, said that being able to return filled him "with happiness."

"Today is one of the most important days of my life, to be returning to the country that I love so much fills me with happiness," he wrote on Twitter.

New President Luis Arce has said that Morales will play no role in his government.

Around 2,000 supporters, including members of Argentine social and political groups, gathered at the La Quiaca crossing on Monday morning to see him off. They waved the flag of the Argentine indigenous people, and played music on traditional instruments, according to Reuters reporters.

On the Bolivian side of the frontier, in Villazón, a far bigger crowd was waiting to welcome its exiled former leader.

Morales took part in an indigenous blessing ceremony before heading to address the large crowds gathered in Villazon.

After 11 months of caretaker government, Arce, 57, won elections in October by a landslide and was sworn in as president on Sunday in a ceremony in the highland city of La Paz in front of heads of state from Argentina, Paraguay, Colombia and Spain, as well as senior officials from Chile, Iran and the government of Venezuela's Nicolas Maduro.

The reserved former economy minister, feted as the architect of Bolivia's rapid growth under Morales, vowed to "defeat" the coronavirus pandemic, "put an end to fear" after deadly electoral violence last year and generate growth following the blow dealt by COVID-19 lockdowns.