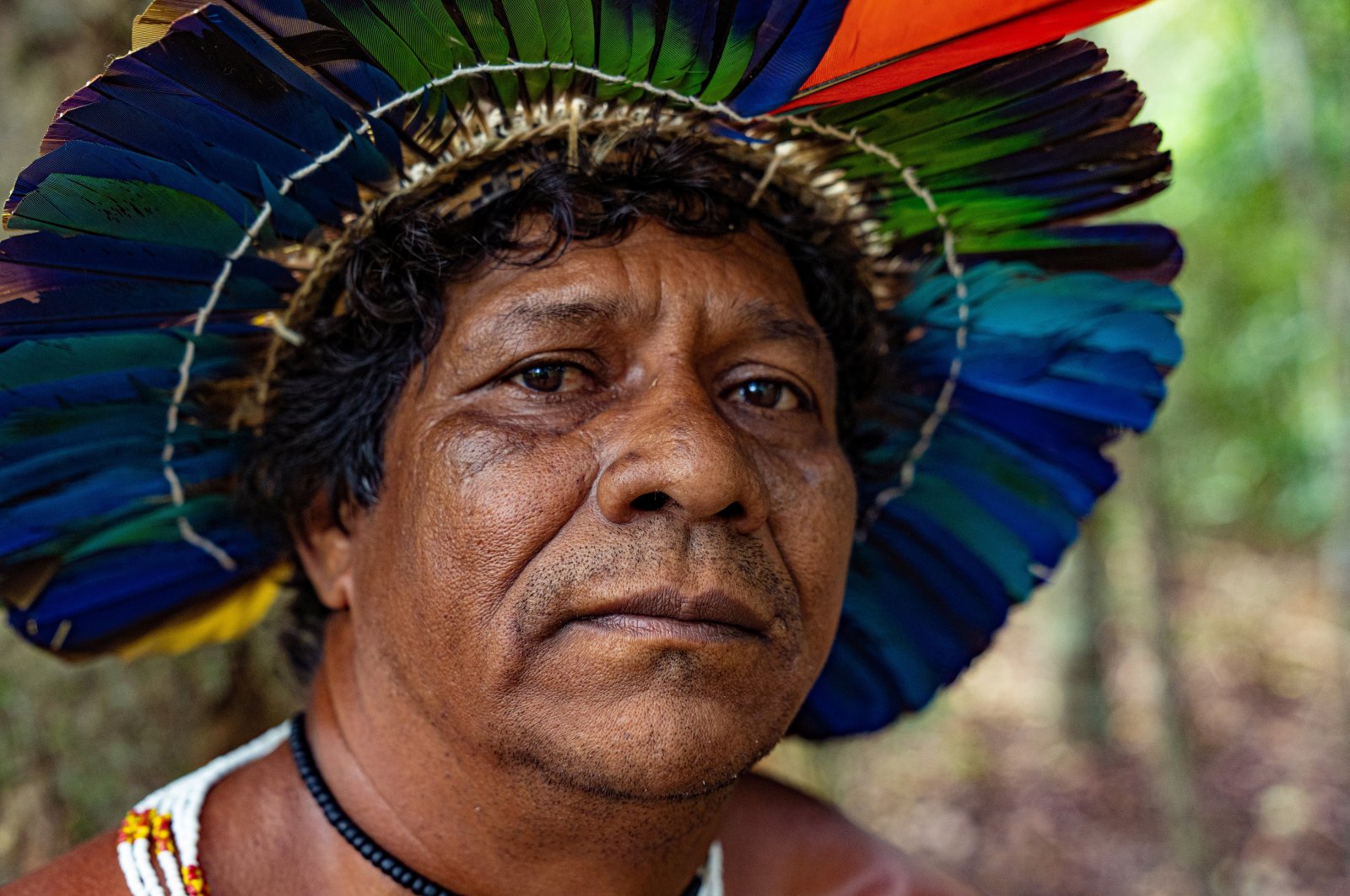 A member of Brazil's indigenous Guarani people looks on in an unknown location, Oct. 2, 2019. (MarkAlbini.com/Instagram @m_albini/Handout via Reuters)
by REUTERS Jul 27, 2020 12:04 pm
RECOMMENDED

For the Krenak indigenous people who live along the Rio Doce in southeastern Brazil, the waterway was their community's lifeblood, a source of food and spiritual presence, where children were baptized and learned to swim.

But in 2015, a dam co-owned by BHP Group and Vale SA collapsed, unleashing 44 million cubic meters of mining waste into the river and the Atlantic Ocean, 650 kilometers (around 400 miles) away, in what became Brazil's worst environmental disaster.

Five years later, the tribe says survival remains a struggle, despite living hundreds of kilometers downstream from the burst dam and mourn a revered river they have long known as "Uatu": a sacred, omnipresent relative.

"Uatu has died," Djanira Krenak, a 70-year-old Krenak matriarch and paje, or spiritual leader, told Reuters in a video call – her first, on a borrowed phone. "I don't like to remember, because it hurts so much," she added tearfully. "The river is our mother, our father. And now she is dead."

Now the tribe, together with the indigenous Guarani, is getting its day in an English court, thousands of miles away. They have joined a 200,000-strong group action against Anglo-Australian mining giant BHP, seeking 5 billion pounds ($6.3 billion) in damages, which starts laying out its case Monday.

The leaders from both tribes, who spoke to Reuters in a joint video phone interview arranged by a videographer working with the claimants, said they no longer hunt for medicinal herbs on the river's banks, no longer fish or swim in its waters.

Their youngsters, born in 2015, would once have been swimming by now. Yet most have never touched the river for fear it is contaminated, they said.

"We can no longer eat capybaras (a giant rodent), we can't eat birds, we can't eat honey, because the bees drink from the river. We can't hunt or fish," said Djanira.

"How are we going to live? There was some tourism ... but that is all gone," adds chief Kara’i Peru, from a Guarani indigenous tribe in the Aracruz municipality in Espirito Santo state, which borders Minas Gerais, where the dam was located.

BHP denies the tailings waste is toxic and disputes allegations that the disaster raised levels of arsenic, cadmium, mercury, lead, copper and zinc already found in the waters.

But for the Guarani, whose children once fished at night with harpoons, a fish supper now means a two and a half-hour drive to a trusted fish market.

Although the Guarani live on the separate Piraque-Açu river, the chief says its waters are also tainted by the disaster, because he says the tailings waste washed back up other rivers after pouring into the ocean.

The Renova Foundation, a redress scheme established in 2016 by Samarco, the joint venture that owned the dam, has spent around 1.3 billion pounds on projects, including monthly financial aid to about 130 Krenak families, BHP said.

But both tribes say they are suffering. The Piraque-Açu Guaranis, forced to shop for chicken and beef, miss the old ways, Chief Peru said.

Djanira now relies on water delivered by the Renova Foundation. "We have lost this river," she says. "She won't come back."

Renova and Samarco have been the public face of the disaster in Brazil. But a raft of legal actions in Brazilian courts has made slow progress.

Chief Peru says he hopes the English lawsuit will offer compensation that would allow his community access to safe water and fresh fish again.

"In Brazil, there is no justice," he said.