Brazilians hold rival protests for and against president 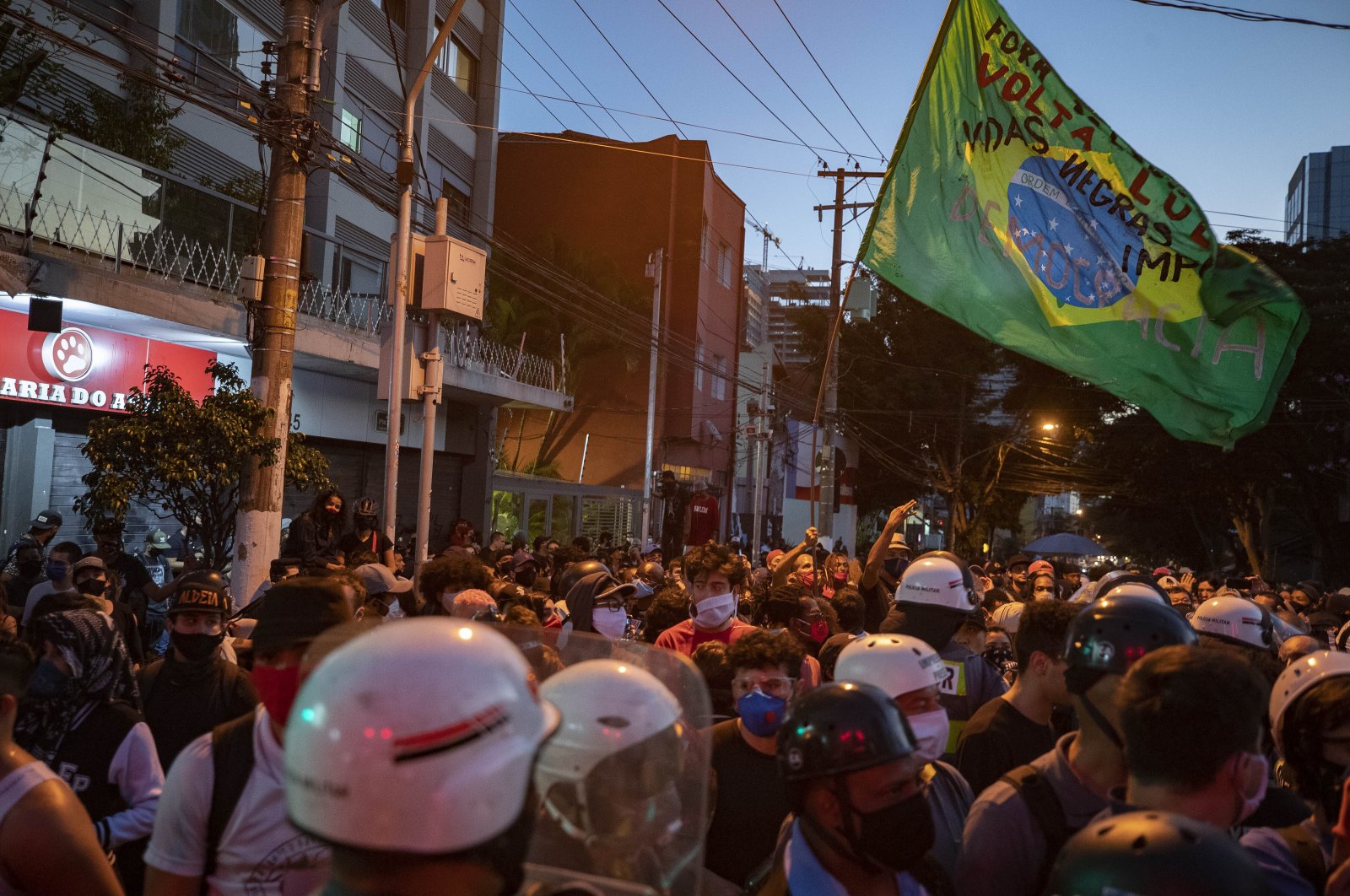 Brazilians took to the streets in Sao Paulo and Brasilia for rival demonstrations on Sunday for and against President Jair Bolsonaro, who has been widely criticized over his response to the coronavirus pandemic.

Hundreds of people banging drums and setting off flares marched through the capital to denounce the far-right president.

Demonstrators, many dressed in black and wearing face masks, held banners saying: "Everyone for democracy", "Against racism and fascism" and "Terrorism is the government's policy of extermination."

It was the first demonstration against Bolsonaro in Brasilia since the pandemic began.

"Get back fascist, get back, popular power is in the streets," chanted protesters.

Bolsonaro has caused controversy during a long political career, after leaving the army with comments many deemed racist, homophobic or sexist.

At the same time, a smaller protest took place in support of Bolsonaro, who has repeatedly tried to downplay the threat of the novel coronavirus.

His supporters regularly demonstrate at the weekend in the heart of Brasilia's government district and have demanded an end to lockdown measures, railing against the Supreme Court and Congress.

Police provided a cordon to keep the rival demonstrations apart.

Separate protests were also planned in Sao Paulo, including one by football supporters and social organizations to demand "democracy."

Regional authorities have pleaded with organizers to keep the two apart to avoid clashes.

Supporters of two of the city's most prestigious football teams -- Corinthians and Palmeiras, whose rivalry is one of the fiercest in world football -- joined forces "against fascism."

They clashed with Bolsonaro supporters demanding an end to lockdown measures and had to be dispersed by police, who fired tear gas and stun grenades.

Tensions are running high in Brazil, which has recorded more than 600,000 coronavirus cases and 35,000 deaths from COVID-19.

Bolsonaro has regularly attacked state authorities over regional lockdown measures and this weekend came under fire for ceasing to report Brazil's total number of cases and deaths, while also pushing back the daily report of the latest figures by five hours.