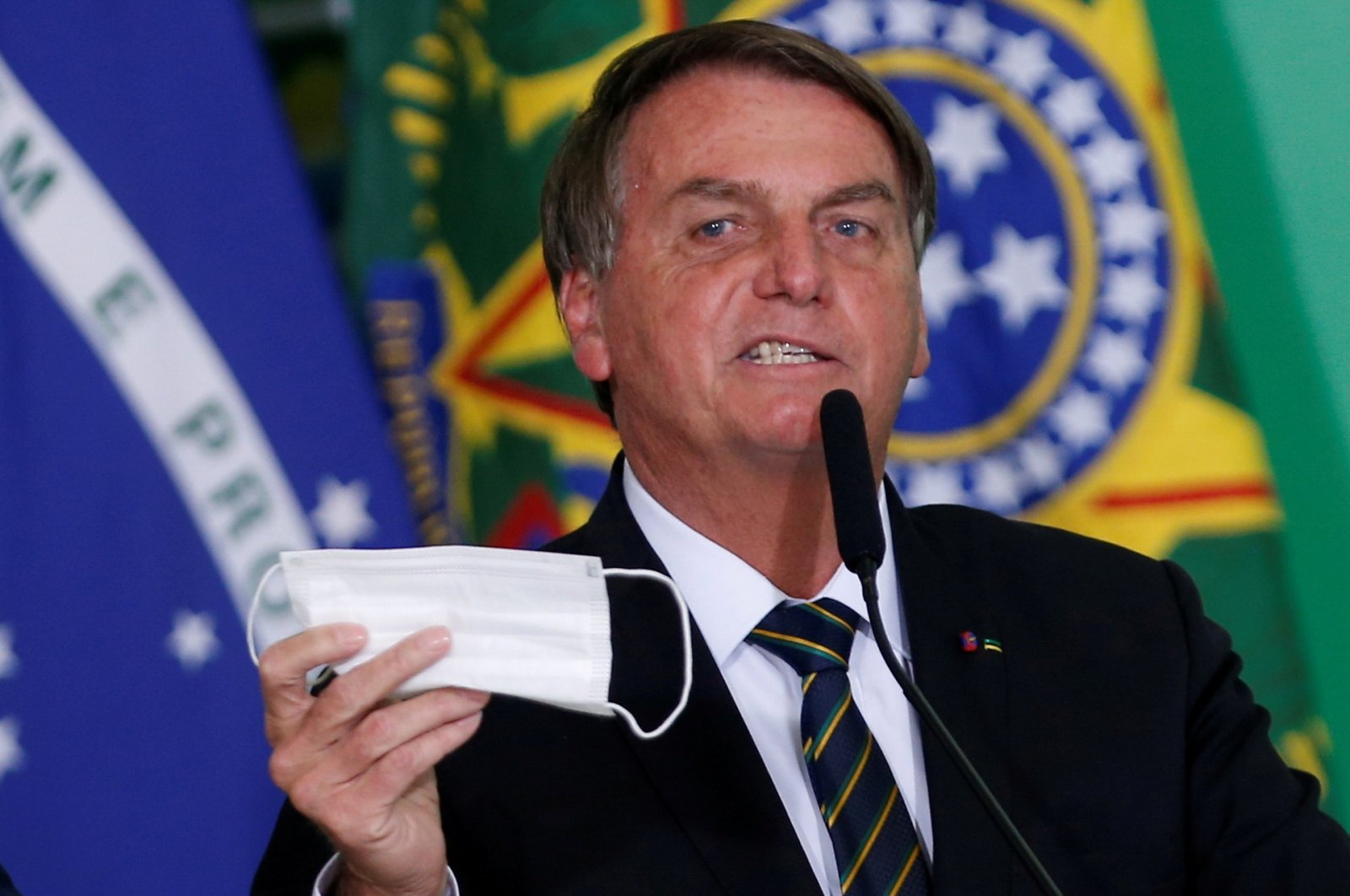 Brazilian President Jair Bolsonaro is under fire for allegedly overlooking irregularities in a vaccine deal, a claim that is likely to threaten his presidency.

The corruption accusations have added impetus to the opposition's impeachment drive and left the Brazilian leader's allies in Congress evaluating the costs of their support.

Bolsonaro, who has been targeted by nationwide street protests in recent weeks, has called the Senate committee investigating the government’s COVID-19 response a "national shame” aimed at undermining his administration. For two months, the nationally televised hearings have largely focused on why his Health Ministry ignored opportunities to buy vaccines while Bolsonaro relentlessly pushed hydroxychloroquine, the malaria drug that rigorous studies have shown to be ineffective in treating COVID-19.

Testimony before the Senate committee last week from Luis Ricardo Miranda, the chief of the Health Ministry’s import division, and his brother Luis Miranda, a lawmaker until recently allied with Bolsonaro, has turned up the heat even more.

The Health Ministry official said he faced pressure to greenlight the import of Indian pharmaceutical Bharat Biotech’s Covaxin vaccine and that there were irregularities in the invoices – particularly a $45 million upfront payment to a Singapore-based company.

In March, the brothers brought their concerns to Bolsonaro, who they said promised to send the case to the Federal Police and mentioned the government's leader in Congress's lower house, a top Bolsonaro ally, as being involved.

However, the Federal Police never received any request to investigate, neither from Bolsonaro nor his Health Ministry, according to a Federal Police source with knowledge of investigations who wasn’t authorized to speak publicly and declined to be named.

The secretary-general of the presidency, Onyx Lorenzoni, told reporters last week that Bolsonaro did meet with the Mirandas but claimed they presented fraudulent documents and ordered the brothers investigated.

Bharat Biotech has denied any allegation of wrongdoing with respect to vaccine supply, saying in an emailed statement that it adheres to the highest standards of compliance. The company’s press representative didn’t respond when asked why a payment would be routed through a Singapore-based company.

The case has galvanized Bolsonaro’s opponents and prompted protest organizers to move up their next nationwide demonstration to Saturday. The percentage of people rating Bolsonaro’s government bad or terrible has reached an all-time high, according to pollster Datafolha.

Seven of the 11 members of the Senate committee investigating Bolsonaro's COVID-19 response told The Associated Press (AP) that, once their inquest concludes, in August at earliest, they will vote to approve recommending Bolsonaro be indicted on the charge of prevarication. The crime entails delaying or refraining from action required as part of a public official’s duty for reasons of personal interest.

Sen. Randolfe Rodrigues and Sen. Humberto Costa spoke on record with the AP. Five senators spoke on condition of anonymity due to concerns that detailing plans will expose the committee to attacks from the government and its allies.

Bolsonaro on Saturday said the committee has "seven scoundrels” among its members. He has denied all wrongdoing and knowledge of possible corruption.

Any committee recommendation for an indictment would need to be accepted by the prosecutor-general, a Bolsonaro appointee, then approved by Congress before an investigation could begin.

The committee is "a big threat to Bolsonaro, but one step at a time,” said Thiago de Aragão, director of strategy at political risk consultancy Arko Advice, who added the accusations have increased the pressure.

"But it’s only a gamechanger if you have an important portion of congressmen ... shifting sides and endorsing this kind of action against him.”

Last year, Bolsonaro began drawing close to the large "Centrao” bloc in Congress to shore up his legislative agenda and stave off risks of impeachment. In the wake of the allegations against Bolsonaro, its lawmakers have begun reevaluating the risks of backing him, according to Claudio Couto, a political scientist at the Getulio Vargas Foundation, a university.

"It’s still in their interest to follow the government at this moment,” Couto said. But, he added, "Defending a president who is very compromised is difficult for anyone. Politicians and parties won’t want to associate their image with a president like that. There’s a limit to everything.”

The opposition has filed more than 100 impeachment requests, but House Speaker Arthur Lira, a Centrao member, reiterated in an interview Friday with local media Jota that there aren't sufficient reasons for him to greenlight proceedings.

The Miranda brothers' Senate committee testimony "fundamentally changes the debate, because at that moment the president had the duty to take some sort of measure" or explain why their claims were baseless, said Davi Tangerino, a professor of criminal law at the Getulio Vargas Foundation.

The Health Ministry signed a contract for 20 million Covaxin doses in February. However, the government hasn't yet made any payments nor were any vaccines yet provided due to obstacles in the health regulator’s approval process.

Even before the Miranda brothers' testimony last week, federal prosecutors were already investigating possible irregularities in the contract, which committed the Health Ministry to pay $320 million – at a cost of $15 per vaccine dose, the most expensive of all vaccines Brazil purchased – to Bharat Biotech’s representative in Brazil, according to a document sent to the AP by the prosecutor-general’s press office.

The political dust has yet to settle, but the case is a sign that Bolsonaro will face additional headwinds with his reelection bid next year.

"The extent of the political damage remains uncertain,” newspaper O Globo wrote in an editorial published Tuesday. "Concretely, the only thing one can say is the government is cornered and ever more hostage to allies.”