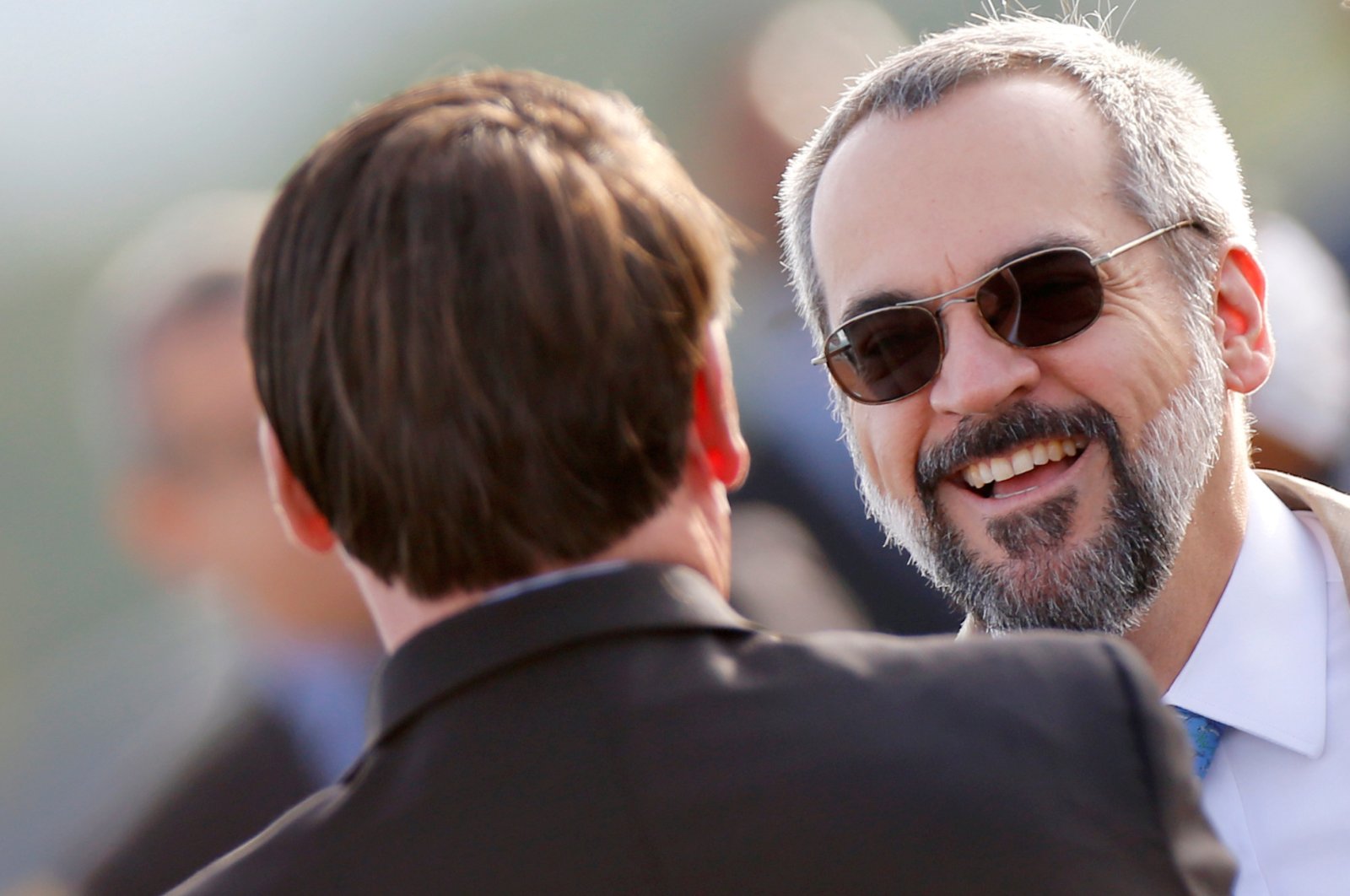 Brazil's education minister has been fined for failing to wear a face mask at a rally for President Jair Bolsonaro, who has himself repeatedly flouted Brasilia's masks-in-public rule amid the coronavirus pandemic.

Abraham Weintraub, one of the far-right president's most controversial ministers, appeared at a rally organized by Bolsonaro supporters Sunday.

He shook hands and posed for pictures with demonstrators – many of whom also went without masks, which have been mandatory in public in the Brazilian capital since April.

That got him a 2,000-real ($385) fine from the Brasilia district government for being "caught in public without a protective mask," according to Brazilian media, which ran photos of his fine slip.

Weintraub said on Twitter he had not yet been notified of the fine but that it appeared authentic.

"They're trying to shut me up at any price," he said.

Bolsonaro, who has likened the new coronavirus to a "little flu" and condemned the "hysteria" around it, also regularly goes without a mask at weekend rallies by his supporters, though he has not been fined so far.

Weintraub has repeatedly been embroiled in controversy, making anti-Chinese comments that were widely deemed racist, misspelling words in official documents and on Twitter, and recently saying the Supreme Court's justices are "criminals" and should be "thrown in jail."

He alluded to that comment again Sunday, telling demonstrators: "I've already said my piece on what I'd do with those criminals."

As coronavirus has surged in Brazil, which now has the second-highest death toll worldwide after the United States, tension has been mounting between Bolsonaro and both state authorities and the legislative and judicial branches of government.

The Brasilia government had banned last weekend's rallies on grounds of fighting the spread of coronavirus.

On Saturday, after police broke up a protest camp by one group of hardcore Bolsonaro supporters, the activists tried to storm the Supreme Court building, then shot fireworks at it.

Chief Justice Jose Antonio Dias Toffoli called the fireworks shot at the Supreme Court an "attack" and said in a statement he would not accept threats against the court.