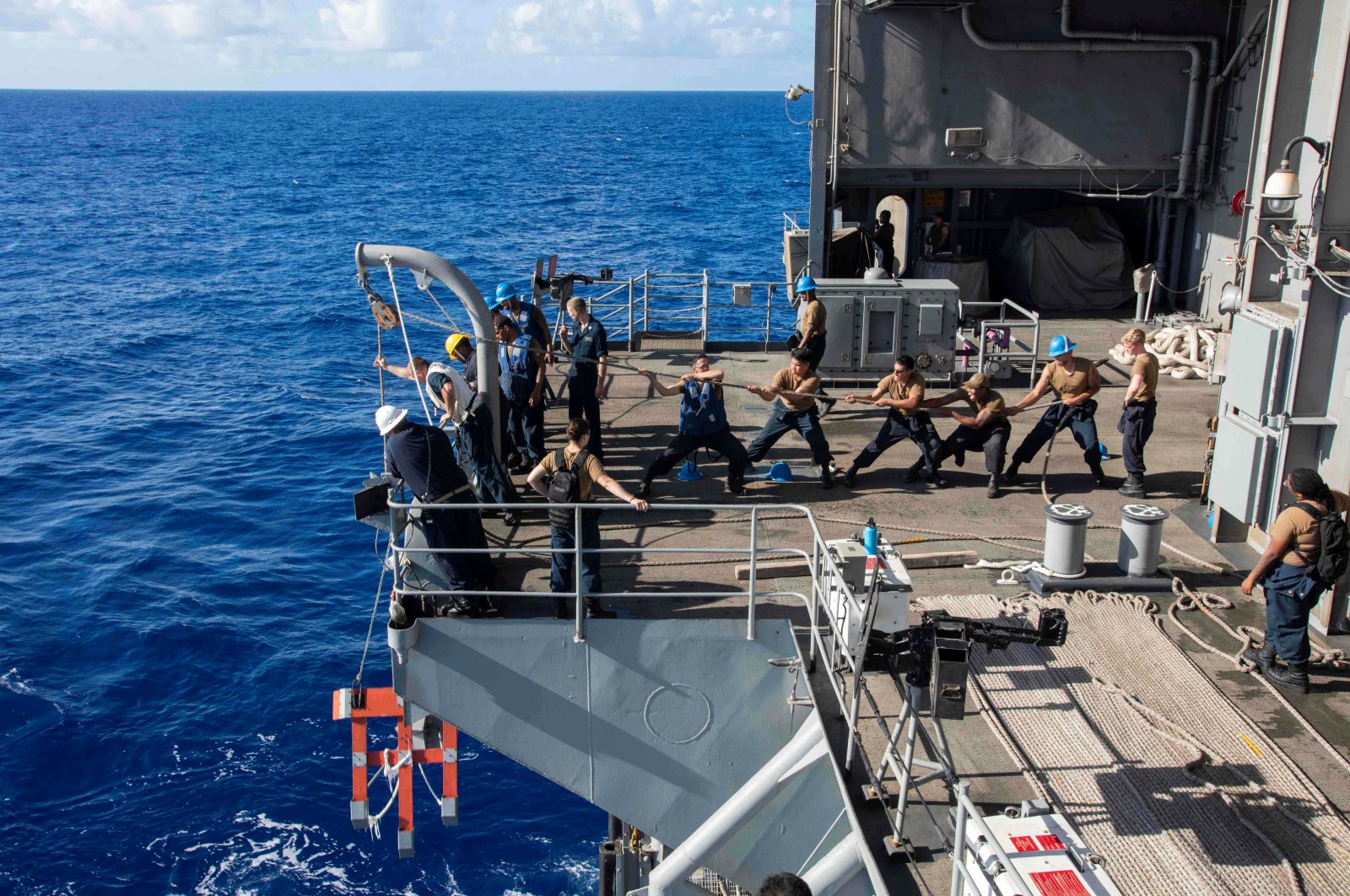 The captain of the U.S. aircraft carrier Theodore Roosevelt, in a blunt letter confirmed to Reuters on Tuesday, has called on Navy leadership for stronger measures to save the lives of his sailors and stop the spread of the coronavirus aboard the ship.

The four-page letter, the contents of which were confirmed by U.S. officials to Reuters, described a bleak situation on board the nuclear-powered, 5,000-person carrier as more and more sailors test positive for the virus.

The letter was first reported by the San Francisco Chronicle.

Captain Brett Crozier, the ship’s commanding officer, wrote that the carrier lacked enough quarantine and isolation facilities and warned the current strategy would slow but fail to eradicate the virus.

In the March 30 letter, he called for “decisive action” and for the removal of over 4,000 sailors from the ship for isolation.

“We are not at war. Sailors do not need to die. If we do not act now, we are failing to properly take care of our most trusted asset - our sailors,” Crozier wrote.

The carrier was in the Pacific when the Navy reported its first coronavirus case a week ago. It has since pulled into port in Guam, a U.S. island territory in the western Pacific.

“Navy leadership is moving quickly to take all necessary measures to ensure the health and safety of the crew of USS Theodore Roosevelt,” a Navy official said, speaking on condition of anonymity.

U.S. officials, also speaking on condition of anonymity, told Reuters that nearly 80 people aboard the ship had tested positive for the virus, a number likely to increase as all personnel on the ship are tested.

Still, the Navy declined to confirm exactly how many people aboard the Roosevelt have been infected.

Reuters first reported last week that the U.S. military has decided it will stop providing some of the more granular data about coronavirus infections within its ranks, citing concern that the information might be used by adversaries as the virus spreads.

But the Theodore Roosevelt is just the latest example of the spread of the virus within the U.S. military. Navy officials say that sailors on board a number of ships have tested positive, including an amphibious assault ship at port in San Diego.

The first U.S. military service member, a New Jersey Army National Guardsman, died on Saturday from COVID-19, the disease caused by the coronavirus, the Pentagon said on Monday.

As of Tuesday, 673 active duty service members had tested positive for the coronavirus, an increase of more than 100 from the previous day, the Pentagon said in a statement.