Chileans rally for access to pension funds amid economic crisis 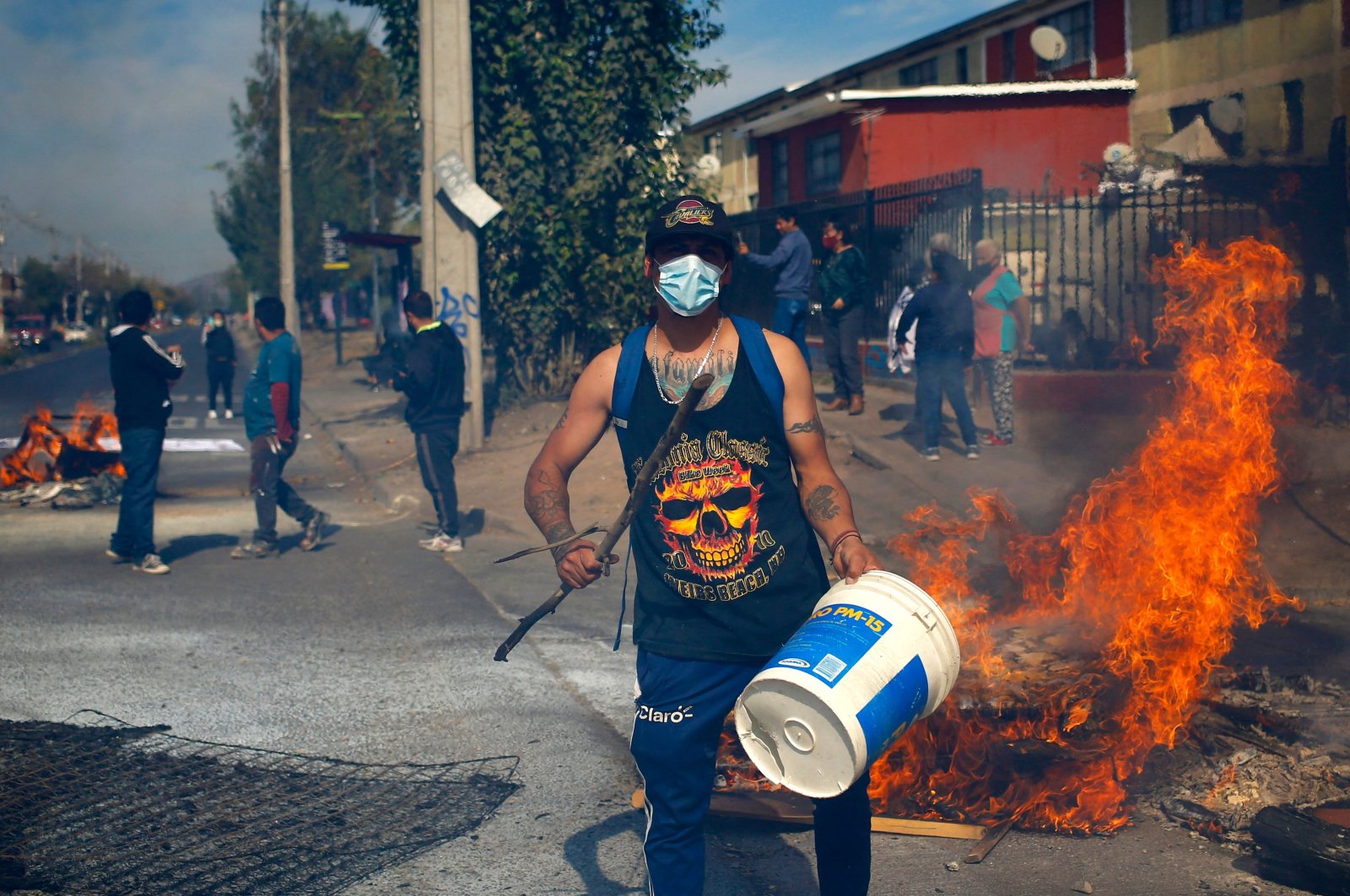 People protest amid burning barricades in demand of economic help from the government and the approval of the third early withdrawal of pension funds amid the crisis triggered by the COVID-19 pandemic at the Pintana poor commune, in Santiago, Chile, April 22, 2021. (AFP Photo)
by French Press Agency - AFP Apr 22, 2021 11:01 pm

Hundreds of Chileans, mostly women, headed to capital Santiago Thursday to access their pension funds in the face of an economic crisis. Protesters banged pots and pans and disrupted traffic by setting a barricade on fire.

Twice since the coronavirus pandemic hit, Chile has authorized citizens to withdraw 10% of their pensions.

A third such advance was being debated in the Senate on Thursday, and is expected to be approved given it has support from the government coalition.

The country has been one of the best prepared in Latin America to face the pandemic, with low debt levels and high savings.

"No more lying bonds; our 10 percent now," read one banner hoisted by inhabitants of the poor La Pintana neighborhood.

There were also protests in other neighborhoods of the capital and one by staff at the San Antonio port in the Valparaiso region.

The bill was previously adopted by the Chamber of Deputies with a huge majority of 122 votes for and just 20 against.

In March 2020, the country held close to $23 billion in sovereign bonds.

The government says it has reserved nearly 10% of gross domestic product (GDP) – which amounts to $20 billion – for pandemic assistance, although some experts claim only a fifth of that has gone directly to those most in need.