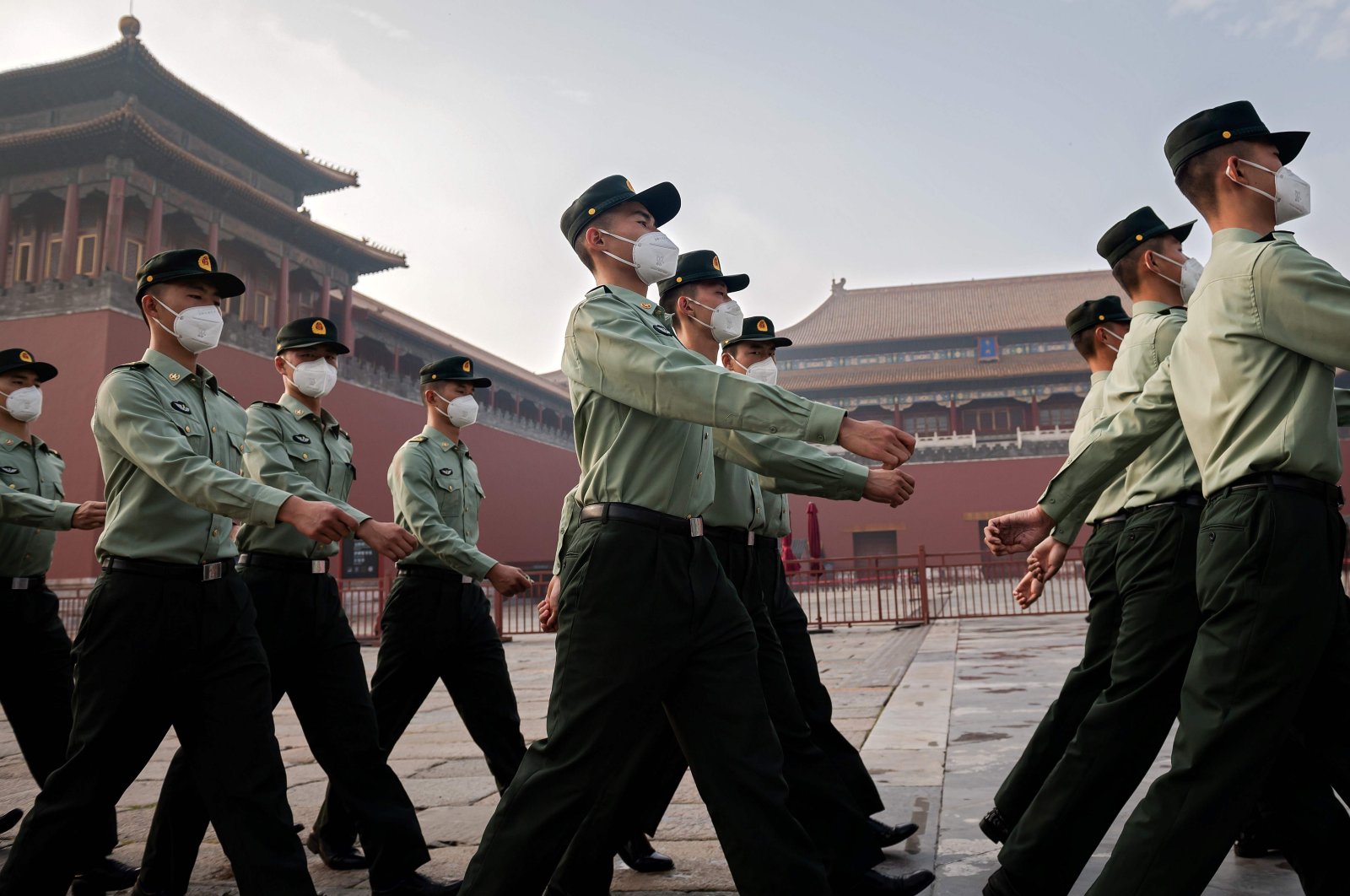 The Chinese military is pressing to double its 200-plus nuclear warheads within a decade with the ability to launch them aboard ballistic missiles by land, sea and air, the Pentagon said in a report Tuesday.

Aside from aiming for technological parity with the United States, the People's Liberation Army (PLA) is also focused on conducting joint operations to be able to deter or defeat any U.S. effort to intervene on Taiwan's behalf, the report said.

It said that PLA has already matched or surpassed the U.S. military in several areas, including shipbuilding, land-based ballistic and cruise missiles and air defense systems.

And in its first public estimate of China's nuclear capacity, the annual report said the country has warheads numbering "in the low 200s" in its nuclear stockpile, much less than the 300 or more estimated by independent analysts.

That number is expected to double over 10 years. China can already launch nuclear weapons by ballistic missile from land and sea and is developing the capacity to develop an air-launched ballistic missile as well, the report said.

"It is likely that Beijing will seek to develop a military by mid-century that is equal to, or in some cases superior to, the U.S. military, or that of any other great power that the PRC views as a threat," the report said.

If China achieves that goal and the U.S. fails to address it, the report said, it "will have serious implications for U.S. national interests and the security of the international rules-based order."