Churches in Chile's Santiago set on fire at anti-government protests 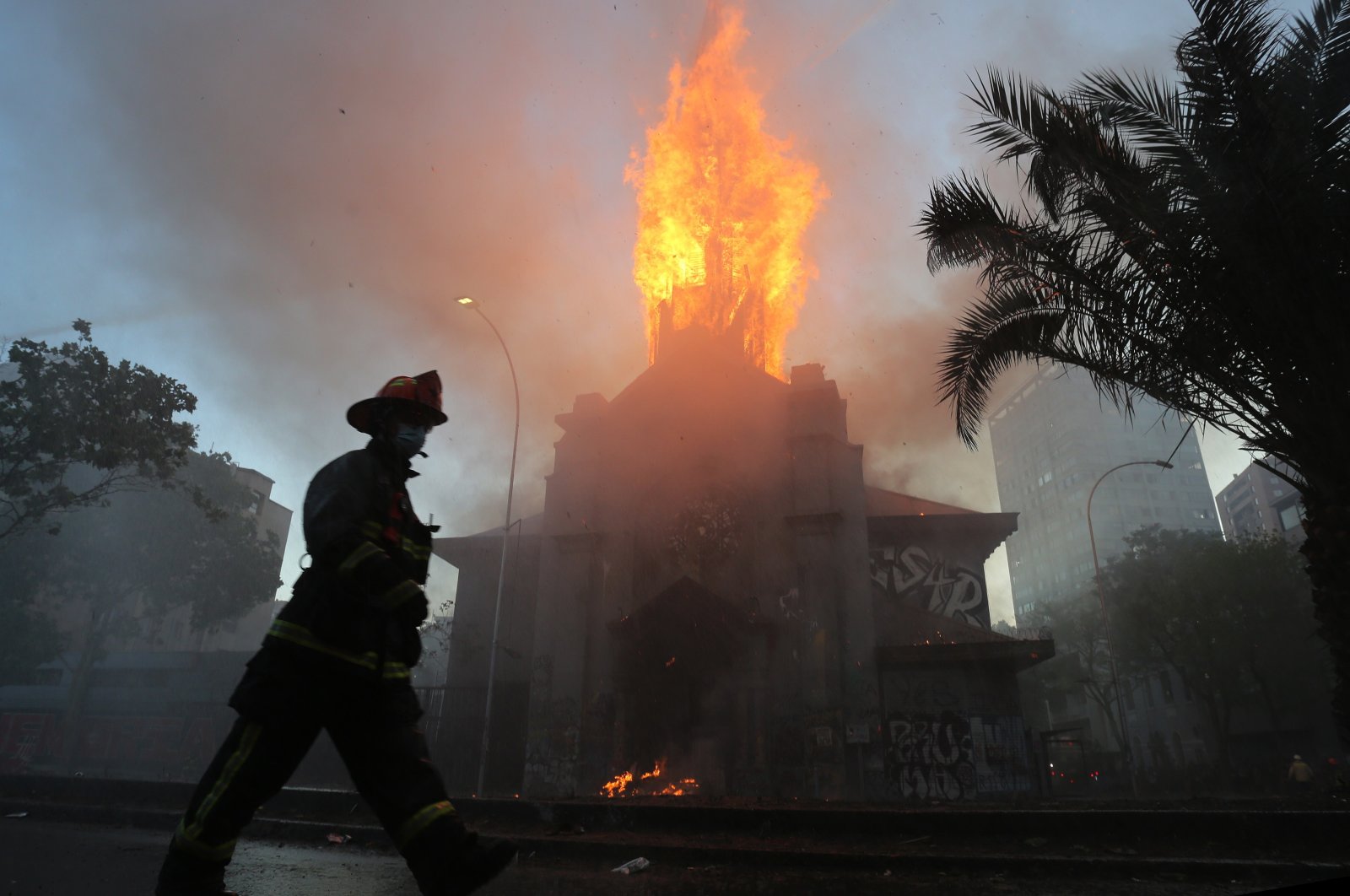 At least two churches were set on fire in the Chilean capital on Sunday as thousands of people took to the streets on the first anniversary of deadly protests against the conservative government.

The demonstration had begun peacefully on the Plaza Italia, also known as the Plaza de la Dignidad but soon turned violent despite a heavy police presence.

Chile was rocked by violent protests between Oct. 18 and Nov. 30 last year that paralyzed the capital. Demonstrators were demanding better access to health care and education as well as a move away from the neo-liberal economic system.

At least 30 people were killed in the protests, and the police were criticized for their heavy-handedness.

Protests have picked up again recently, ahead of a referendum on Oct. 25 in which Chileans will be asked whether they want a new constitution, one of the key demands of the demonstrators.

The current text from 1980 dates back to the dictatorship of Gen. Augusto Pinochet.