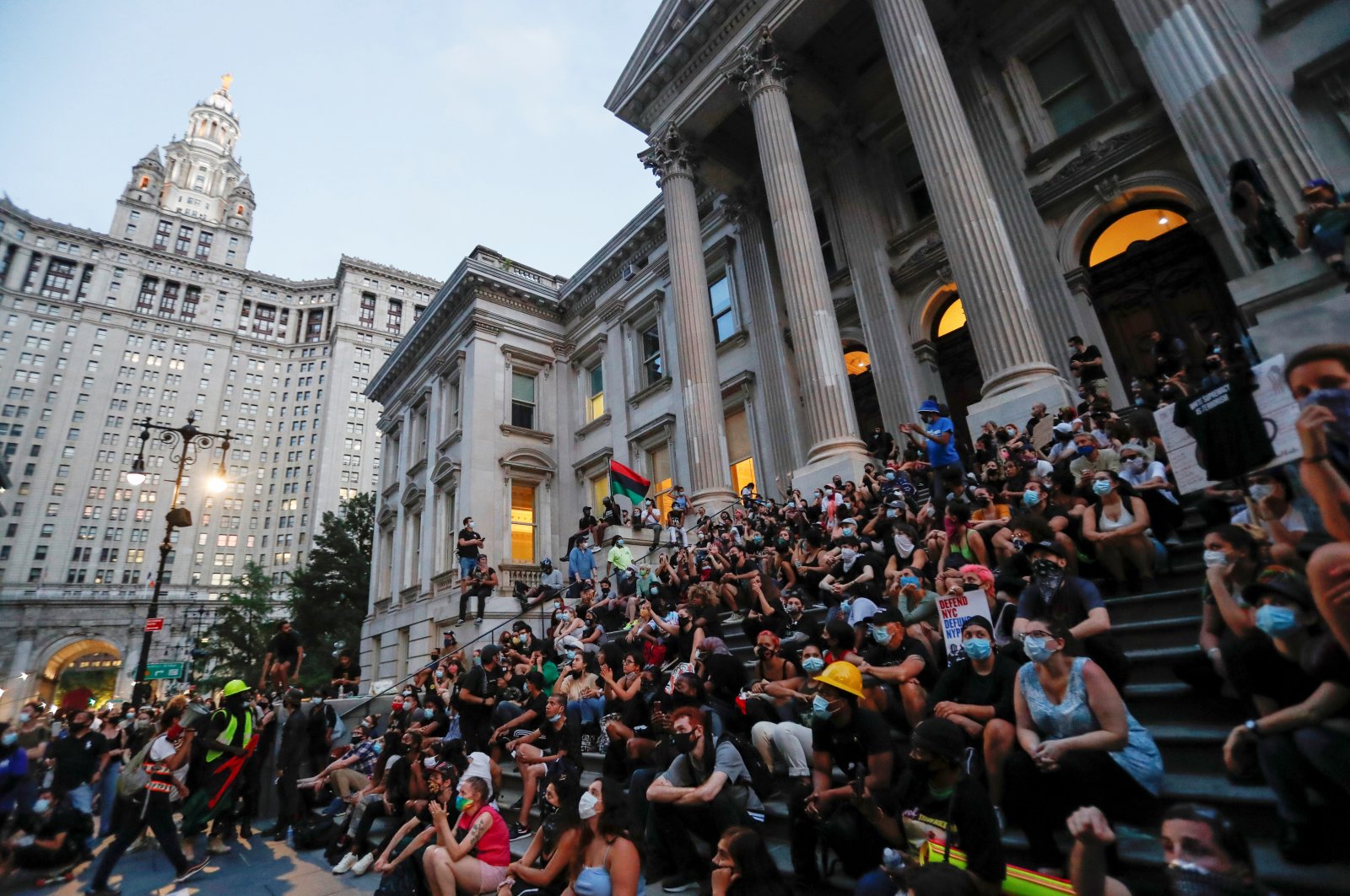 Demonstrators gather near an area called the "City Hall Autonomous Zone" that has been established to protest the New York Police Department, in support of Black Lives Matter, near City Hall in lower Manhattan, in New York City, New York, U.S., June 30, 2020. (Reuters Photo)
by DAILY SABAH Jul 02, 2020 11:33 am

The City Council of New York slashed $1 billion from the New York Police Department (NYPD) budget due to the pressure it faced from thousands of protesters.

However, city lawmakers and demonstrators expressed their concerns that the cuts weren't sweeping enough.

The $88.9 billion 2021 budget was approved late Tuesday night as hundreds of protesters, many of whom have waited and camped outside City Hall for a week, gathered to hear the verdict.

The NYPD's budget was estimated at almost $6 billion for the 2020 fiscal year. The department appears to be the largest force in the U.S. and employs more than 55,000 people.

"Another $162 million was slashed through associated cost," the council said in a statement.

It also moves almost $500 million to other "badly needed infrastructure."

"This was a hard-fought battle, which marks the beginning of the Council's efforts to not only limit the size and scope of the NYPD, but also reimagine how we structure criminal justice and public safety in the city," the city council said.