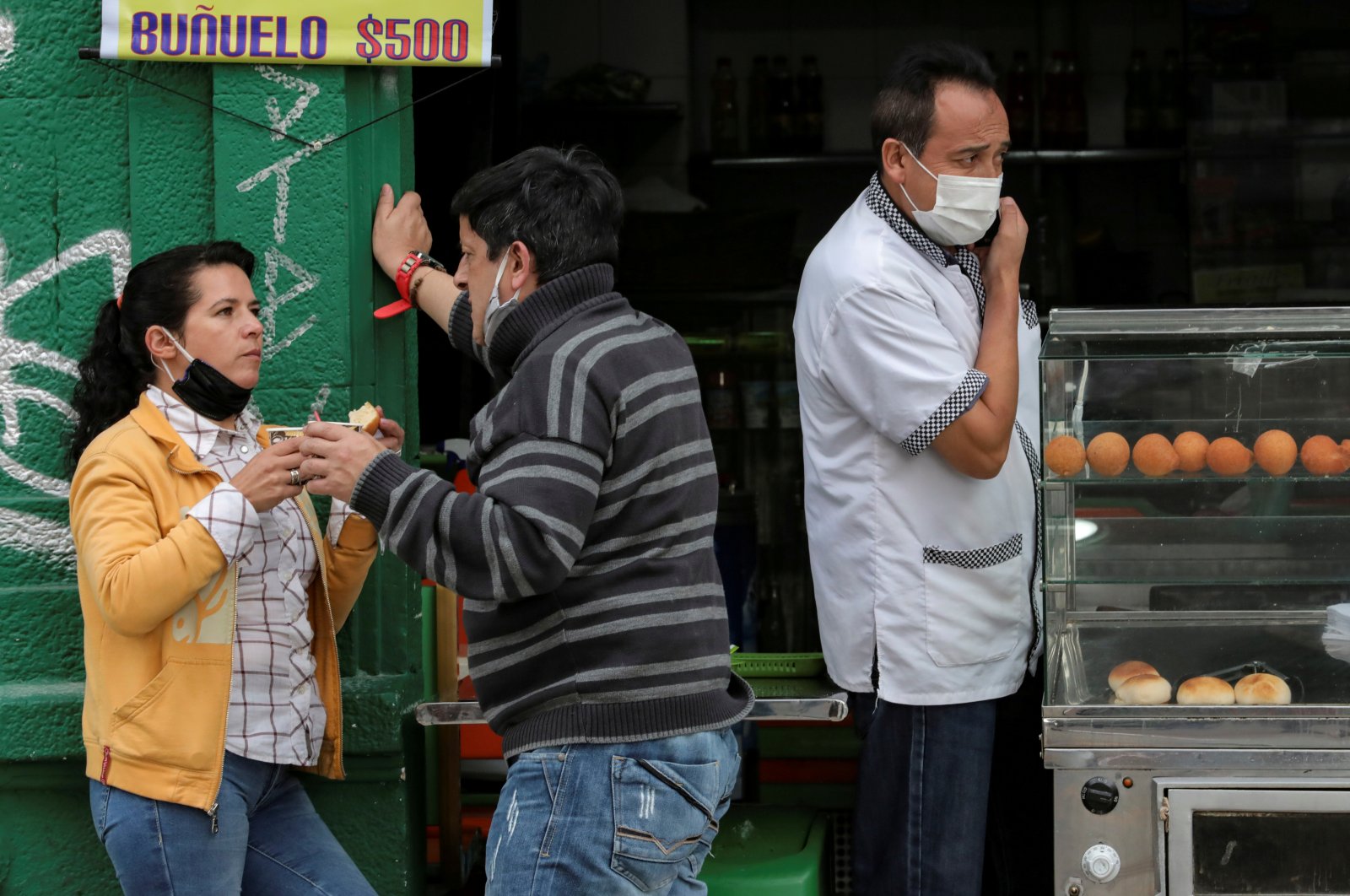 People with face masks converse outside a cafeteria during the government-mandated quarantine to lower the rates of contagion from the coronavirus outbreak, in Bogota, Colombia, July 27, 2020. (Reuters Photo)
by German Press Agency - DPA Sep 01, 2020 8:57 pm
RECOMMENDED

Colombia on Tuesday lifted one of Latin America's longest lockdowns, scrapping most restrictions after being under quarantine for over five months.

President Ivan Duque's government had already been gradually reactivating the economy in the country which has confirmed more than 615,000 coronavirus infections, the third-largest number in Latin America.

But unemployment was 20% in July, and the economy shrank by 15.7% in the second quarter year-on-year, mounting pressure on the government to fully reopen the economy.

The relaunch is due to happen under strict safety measures, such as limiting the numbers of people at establishments or churches. The numbers of new coronavirus cases have shown a tendency to stabilize in recent days.

But crowded streets are no rare sight in central Bogota, and doctors have warned that the end of the quarantine could spark a new peak in infections.

International commercial flights are expected to begin later this month.

Thousands of police were deployed to watch over drivers who took again freely to roads nationwide after travel restrictions were lifted.

Beaches in Cartagena – a popular tourist destination – have not yet been opened. Tourists are allowed to travel to the island of San Andres only if they present a negative coronavirus test result.

Gatherings of more than 50 people remain banned. Most bars may not sell alcohol.