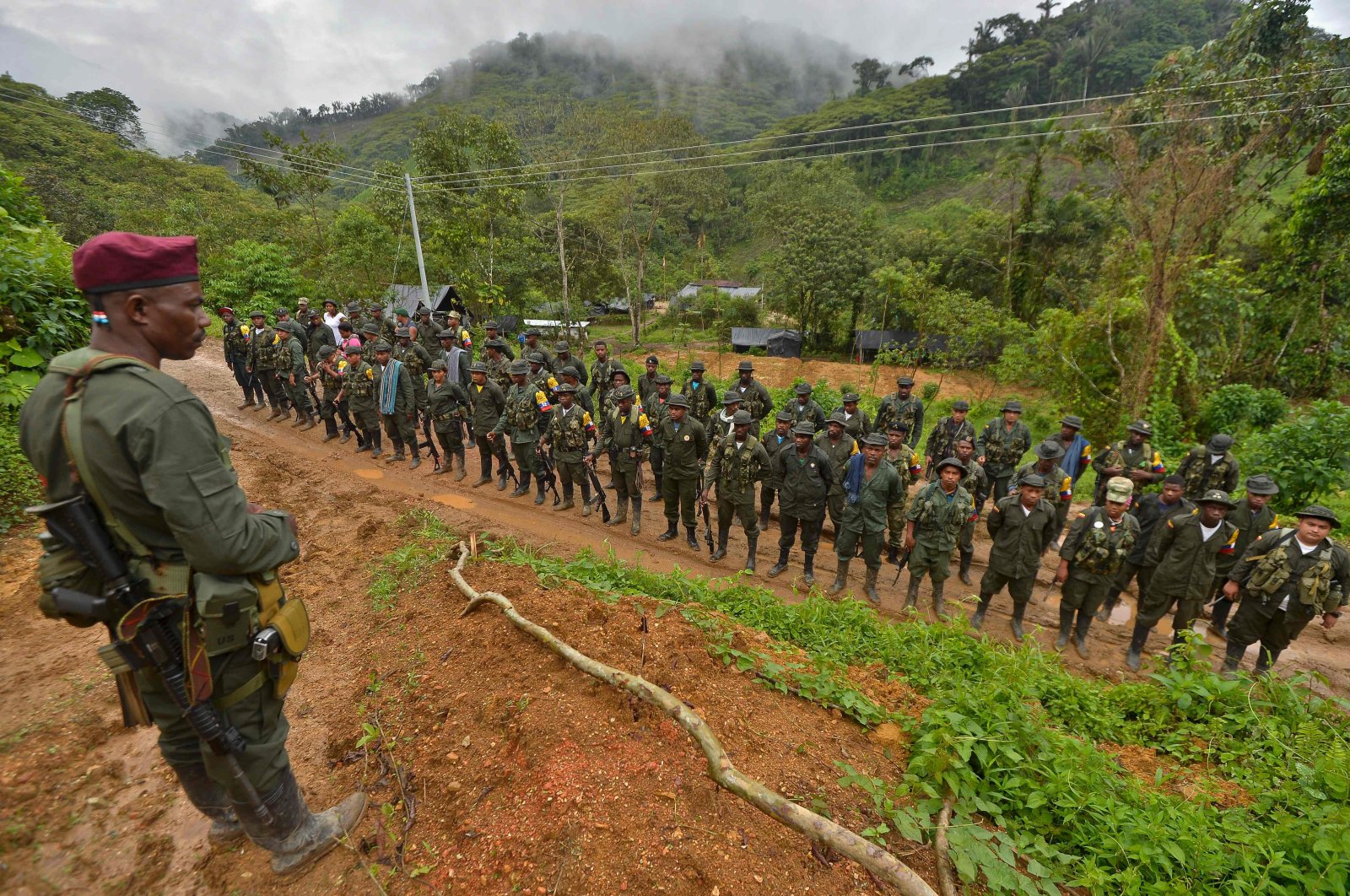 Members of the Revolutionary Armed Forces of Colombia (FARC) guerrillas are seen at the "Alfonso Artiaga" Front 29 FARC encampment in a rural area of Policarpa, department of Narino, Colombia, Jan. 17, 2017. (AFP Photo)
by German Press Agency - DPA May 14, 2020 9:23 pm

The victims in the unusually large-scale strike in a rural area in Montecristo included two leaders of the ELN front which had set up the camp, said Carlos Feliz, the interior secretary for northern Bolivar state.

The ELN is estimated to have more than 2,000 fighters.

The government signed a peace deal with the much bigger guerrilla group Revolutionary Armed Forces of Colombia (FARC) in 2016.

President Ivan Duque, a conservative, has refused to negotiate with the ELN unless it unilaterally stops all violent activity.

Hopes of rapid negotiations were dashed when the ELN killed 22 students in the bombing of a Bogota police academy in January 2019.

The rebel group announced in late April it would resume its guerrilla war on May 1, ending a one-month unilateral cease-fire over the coronavirus pandemic.