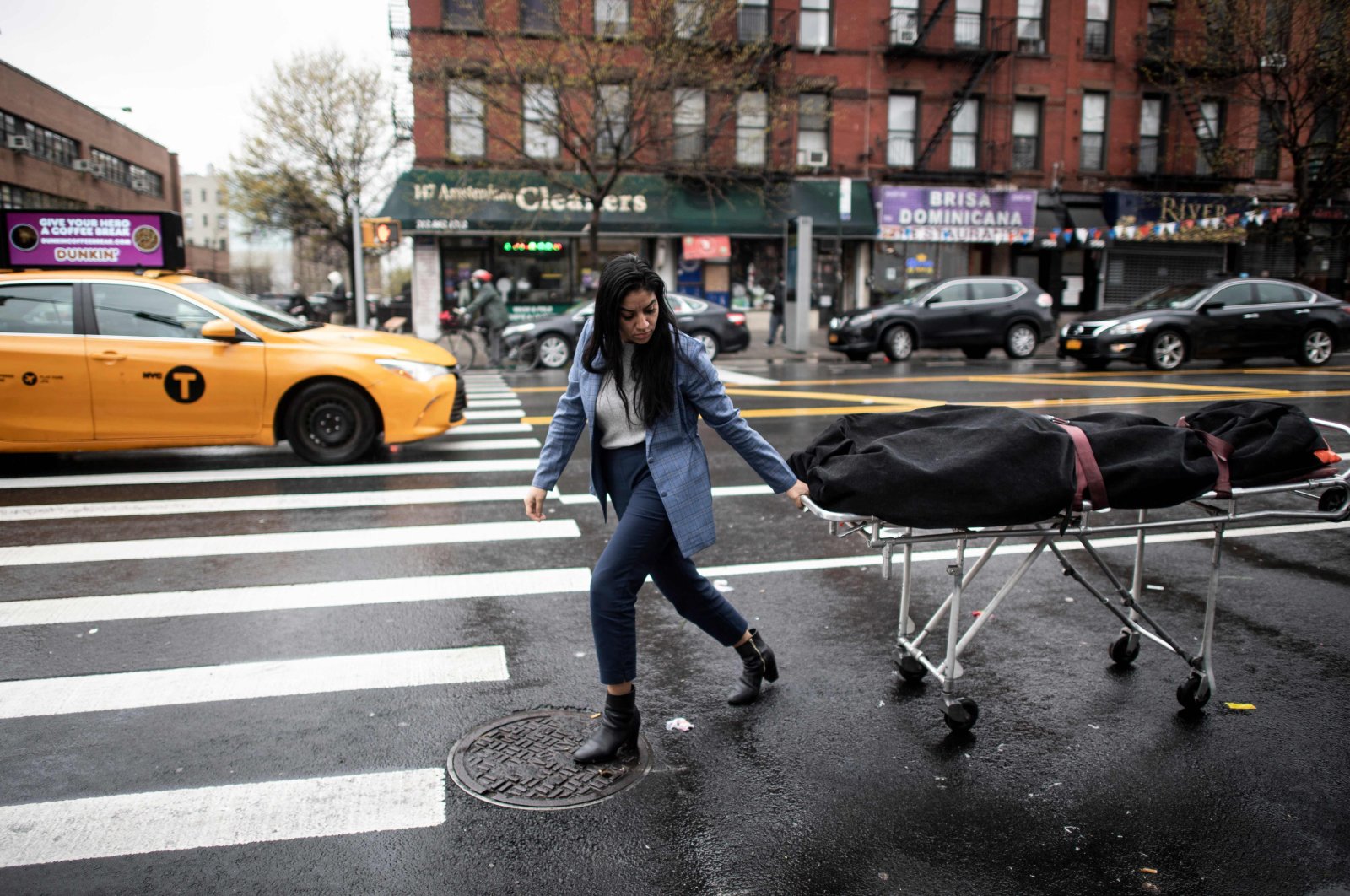 Every day, the number of families mourning the death of a loved one to COVID-19 keeps growing at a devastating rate with three Americans dying every minute and infections soaring across the globe

The United States has endured its worst day of the pandemic, with three Americans dying every minute, as China took decisive steps on Wednesday to stamp out a tiny coronavirus outbreak. Global infections have soared past 91 million, and the spikes have forced governments around the world to reimpose restrictions such as unpopular and economically painful lockdowns, including in Europe, which is battling a devastating second wave.

The United States is the worst-hit nation, logging a record 4,470 deaths in 24 hours on Tuesday, as it reeled from a winter surge in infections that has overwhelmed hospitals and clinics in many areas even as vaccines are rolled out.

"It's most definitely the darkest period of my entire career," said Kari McGuire, a palliative care supervisor at St. Mary Medical Center in Apple Valley, a small rural town in California. "I've personally had to watch people that I know, that I care for, watch their loved ones die. It's been very difficult," he added, according to quotes reported by Agence France-Press (AFP).

Coronavirus patients at the overstretched hospital were crammed into hallways, makeshift intensive unite care (ICU) beds and even the pediatric ward. McGuire said there were "astronomical numbers" of COVID-19 deaths – the United States accounts for one-fifth of the world's almost 2 million coronavirus fatalities.

Authorities on Tuesday announced that starting Jan. 26, all travelers entering the United States by air will need a negative COVID-19 test before departure. Neighboring Canada also scrambled to contain a worrying outbreak, ordering residents in Ontario – its economic engine and most populous province – to stay home. Ontario Premier Doug Ford warned that the health care system was "on the brink of collapse."

The daily U.S. death toll on Tuesday was greater than the official fatality count for the entire pandemic in China, where the coronavirus was first detected in late 2019. China largely eliminated its outbreak through a number of strict lockdowns and extensive testing and tracing, but recent weeks have seen a smattering of cases. That has forced more than 20 million people under some form of lockdown in the country's northern regions.

The government of northeastern Heilongjiang province – home to 37.5 million people – declared a state of emergency on Wednesday after 28 cases were found, telling residents not to leave the province unless necessary.

China is rushing to inoculate millions using homegrown vaccines ahead of the Lunar New Year travel rush, which authorities fear could boost the risk of transmission. Japan was set to expand a coronavirus state of emergency on Wednesday beyond greater Tokyo to seven more regions to counter a surge in cases. While Japan's outbreak remains comparatively small, with around 4,100 deaths overall, medics say hospitals are under heavy strain from the spikes in the worst-affected areas.

Governments worldwide are racing to acquire and deliver vaccines to help end the COVID-19 crisis, though the World Health Organization (WHO) has warned that coverage is not expected to be wide enough for population-level immunity this year.

One of the Chinese-developed vaccines, CoronaVac, demonstrated a 50% efficacy following tests in Brazil, the organization in charge of its production in the South American country said Tuesday. While that figure is much lower than the Moderna and Pfizer-BioNTech vaccines, Indonesia – one of the world's most populous nations – has given it the green light and kicked off a mass inoculation drive with it on Wednesday. President Joko Widodo became Indonesia's first recipient of that shot on live television.

"This vaccine is given to achieve herd immunity. The participation of all Indonesians will greatly determine the success of this program,” Indonesian Health Minister Budi Gunadi Sadikin said on Wednesday, as The Associated Press (AP) reported.

While criticism and fears over slow vaccine rollouts are growing in North America and Europe, there was some positive news Tuesday when the European Union started the approval process for the Oxford-AstraZeneca shot. But the government of Ukraine was under pressure for failing to secure any Western-made vaccines, with health officials in Kyiv so far rejecting the Russian Sputnik V shot. President Volodymyr Zelenskiy appealed for EU help Tuesday, saying it was "extremely important to get the vaccines."

The daily number of COVID-19 cases in the United Arab Emirates (UAE) crossed the 3,000 threshold for the first time this week as authorities in the Middle East's business and tourism hub urged people to accept vaccinations. The health ministry late on Tuesday reported 3,243 new daily infections and six deaths. That was the highest in the Gulf Arab region where daily cases in each of the other five states have fallen below 500. The surge in infections in the UAE, an international travel hub, prompted Britain to remove the country from its travel corridors list on Tuesday.

Most coronavirus restrictions have been lifted in the UAE, but social distancing and mask-wearing in public are still required. Visitors have flocked to Dubai during its peak winter tourism season as other countries impose new lockdowns. The Gulf Arab state has also ramped up its immunization campaign, ranking second behind Israel in terms of its vaccination rate. Emirati officials have said they aim to vaccinate more than 50% of its roughly 9 million population in the first quarter of this year.

"Taking the vaccine is every individual's responsibility to protect their health, families and wider society," UAE Vice-President Sheikh Mohammed bin Rashid Al Maktoum, who is also the ruler of Dubai, wrote on Twitter Tuesday.

The UAE has approved the vaccine developed by Sinopharm's China National Pharmaceutical Group and has made it available to the general public. The Dubai emirate is inoculating people with the vaccine produced by Pfizer and BioNTec. The UAE is participating in Phase 3 trials for the Sinopharm vaccine and for Russia's Sputnik V shot. In total, the UAE has recorded 236,225 infections and 717 deaths. The total for the six Gulf Arab states stands at more than 1.12 million COVID-19 cases, with Saudi Arabia holding the highest individual count at 364,096.