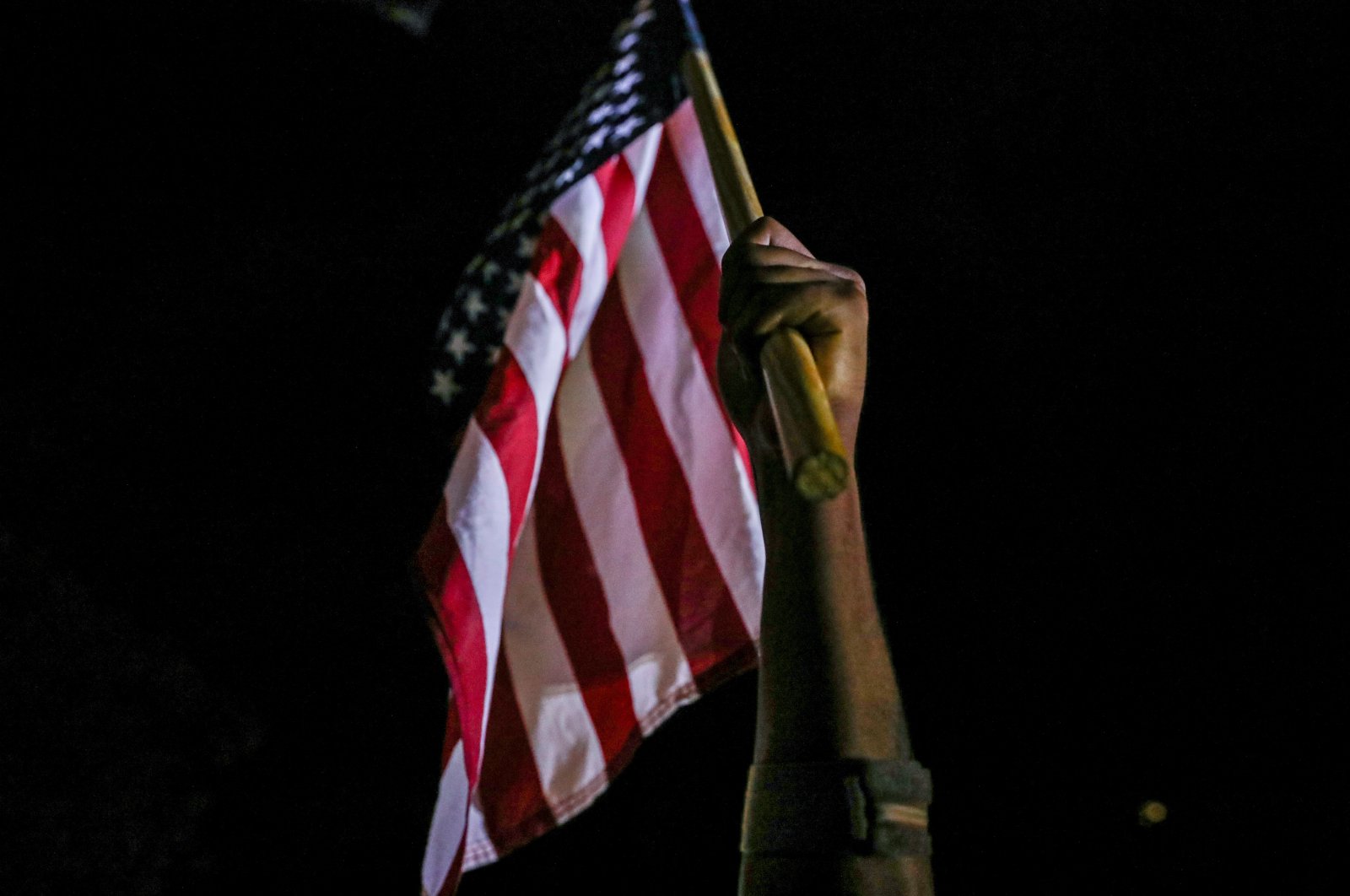 A protester holds a flag during a demonstration against the presence of federal law enforcement officers and racial inequality in Portland, Oregon, U.S., July 22, 2020. (Reuters Photo)
by REUTERS Jul 24, 2020 9:57 pm
RECOMMENDED

Voters should be on high alert for foreign interference in the Nov. 3 U.S. election, the U.S. counterintelligence agency chief said on Friday in a rare warning that the public should screen information, check online sources and report suspicious actions.

William Evanina, chief of the National Counterintelligence and Security Center (NCSC), said that with just over 100 days until the election, it was "imperative" his agency share with voters some of the information about possible interference that U.S. spies have given to campaigns and legislators.

"The American public has a role to play in securing the election, particularly in maintaining vigilance against foreign influence," said Evanina, who directs the counterintelligence branch of the U.S. Office the Director of National Intelligence.

"At the most basic level, we encourage Americans to consume information with a critical eye, check out sources before reposting or spreading messages, practice good cyber hygiene and media literacy, and report suspicious election-related activity to authorities," he added in a written statement.

A January 2017 U.S. intelligence community assessment found Russia meddled in the 2016 election and its goals included aiding U.S. President Donald Trump, who has cast doubt on whether Moscow interfered in that vote.

Given the complexity of U.S. vote counting and auditing systems, Evanina said it would be "extraordinarily difficult for foreign adversaries to broadly disrupt or change vote tallies without detection."

He said foreign nations are trying to influence U.S. voters via social and traditional media, using issues including the coronavirus pandemic and domestic protests as disinformation fodder.

Evanina said his agency was mainly concerned with interference by China, Russia and Iran, though other unnamed countries and non-state actors "could also do harm to our electoral process."