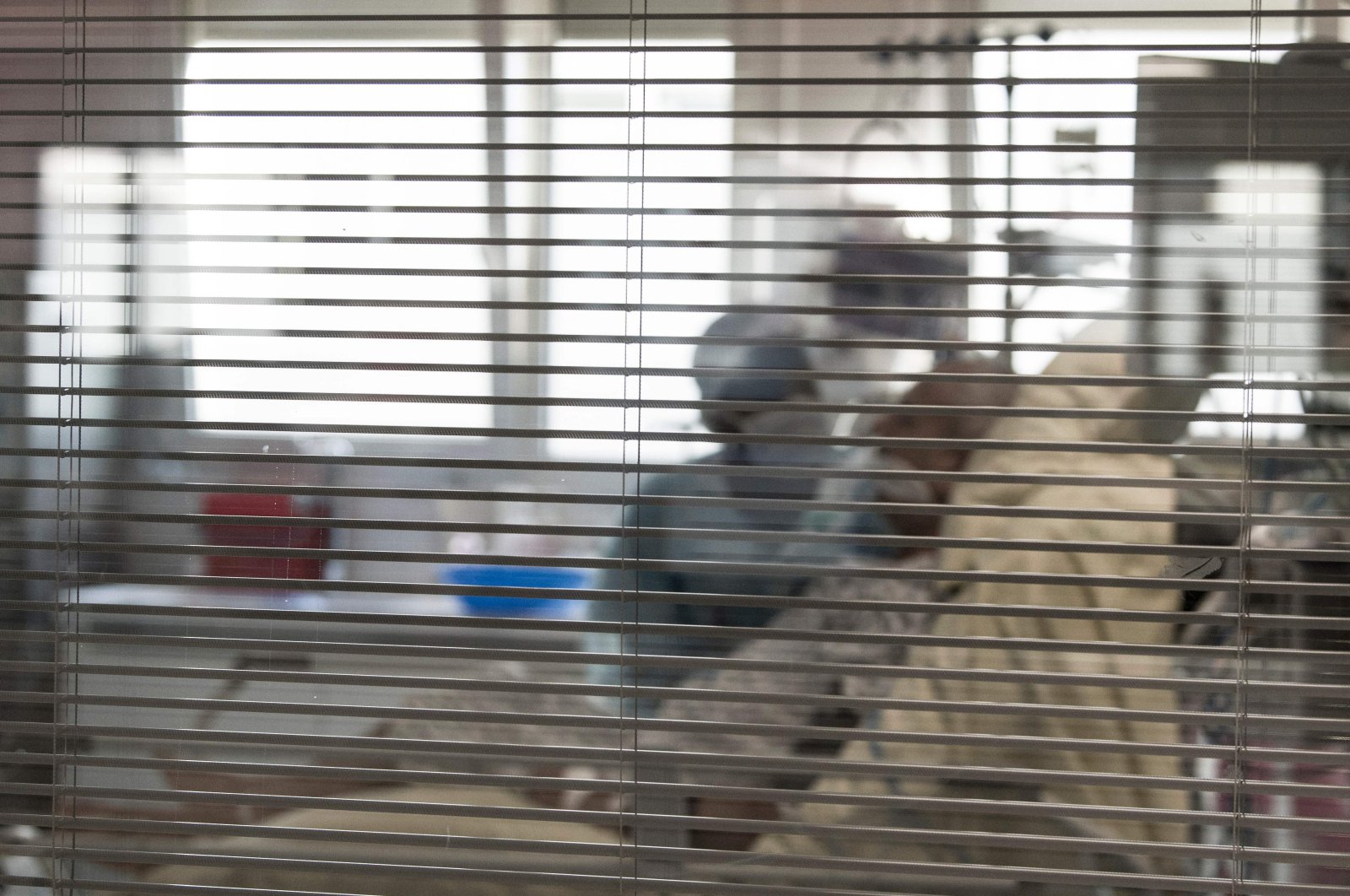 A nurse tends to a patient in an intensive care unit for patients infected with the COVID-19 at the AP-HP Louis Mourier hospital in Colombes, northwest of Paris, Nov. 9, 2020. (AFP Photo)
by DAILY SABAH WITH AGENCIES
Nov 10, 2020 10:32 am

As global coronavirus infections soared past 50 million, including an alarming 10 million now in the United States alone, the intensive care burden of COVID-19 escalates globally. European countries are running out of beds and the doctors and nurses to staff them as the U.S. faces a record number of hospitalizations.

The number of Americans with COVID-19 currently hospitalized has surged around 73% over the past 30 days to at least 59,008, a record level that surpasses the previous high of 58,370 on July 22. Daily new infections, meanwhile, exceeded 100,000 for the sixth consecutive day.

Hospitalizations are a key metric of how the pandemic is progressing because, unlike case counts, they are not influenced by the number of tests performed.

Texas reported the highest number of hospitalized patients with 6,103, followed by Illinois with 4,409 and California with 3,668 patients, according to the Reuters tally.

The U.S. President-elect Joe Biden, who spent much of his election campaign criticizing President Donald Trump's handling of the pandemic, pledged over the weekend to make tackling the pandemic a top priority. Mask wearing has become a political issue in the United States, with Trump mocking Biden for wearing a mask during the campaign and many conservatives contending masks infringe on their individual freedom.

Politics aside, the data shows that the U.S. is experiencing its worst phase of the outbreak so far. It has reported more than a million new cases in the past 10 days, according to the Reuters tally, the speediest surge in infections since the country reported its first COVID-19 cases, in Washington state, 294 days ago.

Across Europe, health officials, many advocating a return to stricter lockdowns, warn that adding beds will do no good because there aren't enough doctors and nurses trained to staff them. In Italy, lines of ambulances parked outside hospitals awaiting beds and in France, the government coronavirus tracking app prominently displays the intensive care capacity taken up by COVID-19 patients: 92.5% and rising. In the intensive care unit (ICU) in Barcelona, there is no end in sight for the doctors and nurses who endured this once already.

In France, more than 7,000 health care workers have undergone training since last spring in intensive care techniques. Nursing students, interns, paramedics, all have been drafted, according to Health Minister Olivier Veran.

"If the mobilization is well and truly there, it is not infinite," he said last week when the ICU units were filled to 85% capacity. "It is not enough."

Within days, it had jumped another 7 percentage points and he warned it would continue to tick upward. And, unlike in the first wave last spring, the virus is now everywhere in France, making transfers from one region to another by high-speed train less practical. One hospital in the southern city of Marseille recently wheeled in refrigerated rental trucks ahead of a feared rise in ICU deaths there.

For the average coronavirus patient with serious symptoms, it takes seven to 10 days to go from infection to hospitalization. Those admitted often need to stay for weeks, even as more patients arrive. The math is inexorable as long as infection rates rise.

Patients from France and the Netherlands are being evacuated to German intensive care units, but German doctors say they are watching the number of free beds dwindle quickly. Dr. Uwe Janssens, who heads Germany's Interdisciplinary Association for Intensive Care and Emergency Medicine, said some urban areas are reaching precarious levels.

In the past two weeks alone the number of coronavirus patients treated in ICUs in Germany has almost tripled, from 943 to 2,546. Still, Janssens acknowledged that the situation in Germany is better than that of France, Belgium, the Netherlands and Britain. Germany has about 34.5 ICU beds per 100,000 inhabitants, not including the emergency reserve. Italy has 10, while France has 16, he said.