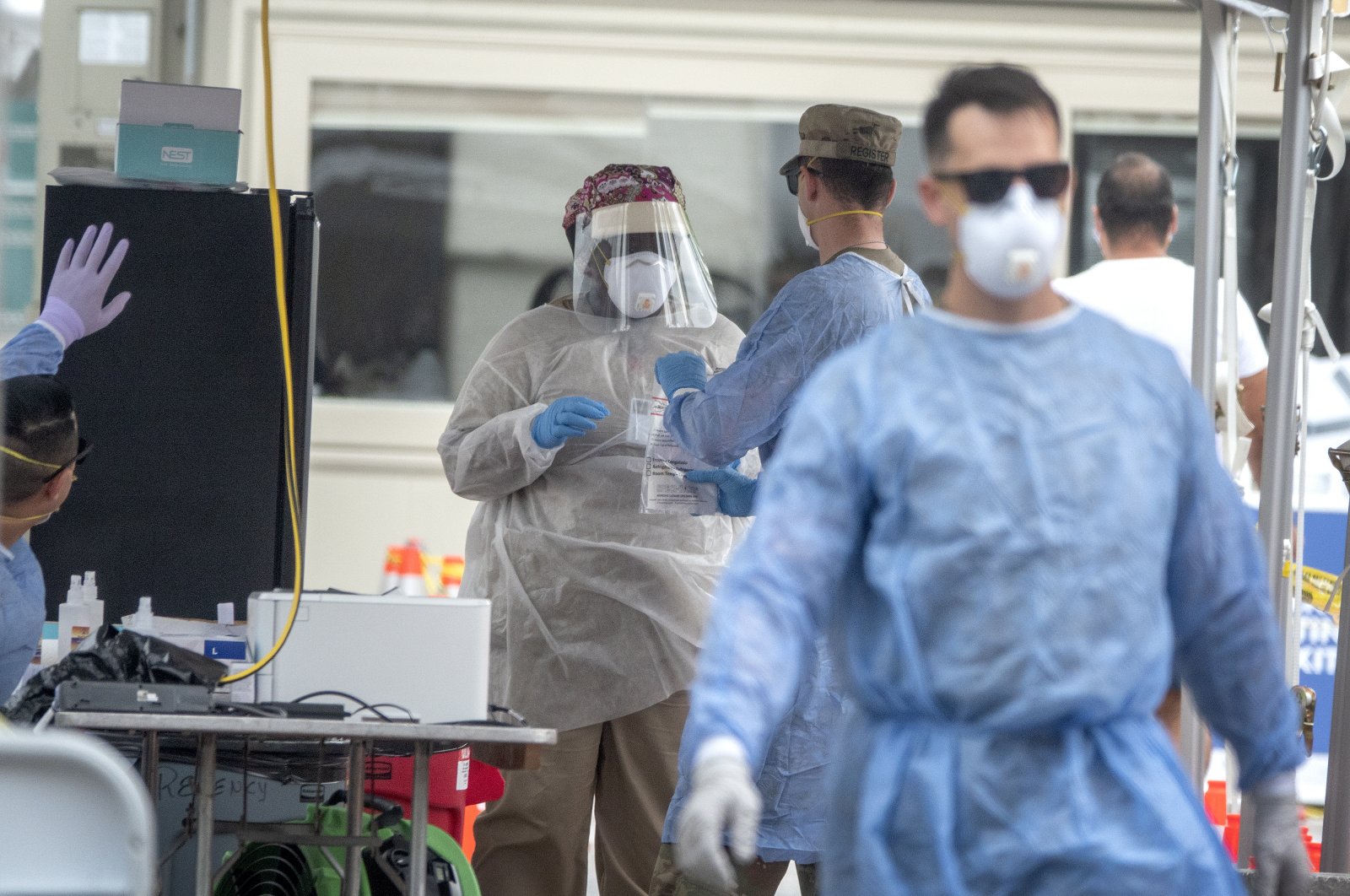 While the U.S. coronavirus cases surpass 4 million, Europe struggle with the resurgence of new outbreaks with cases topping 3 million

As fresh coronavirus outbreaks force new restrictions in many parts of the world, the pandemic hit grim new milestones, with cases topping 4 million in the United States and 3 million in Europe.

The U.S., the hardest-hit country by the virus, added 1 million new cases in just over two weeks, according to a tracker maintained by Johns Hopkins University. In the previous 24 hours alone, the country notched more than 76,000 new cases. The country recorded more than 1,100 deaths from COVID-19 for the third day in a row on Thursday, as the outbreak strained hospitals in California, Florida and Texas.

Having recorded more than 144,000 total fatalities, the U.S. has seen a coronavirus surge, particularly in southern and western states like Texas, California, Alabama, Idaho and Florida all announced record one-day death tolls. Nevertheless, the rate of new cases is now showing signs of easing off in some of the worst-hit zones. Against a backdrop of mass unemployment and sagging approval ratings, President Donald Trump announced he was scrapping next month's Republican nominating convention in Florida, stating that it was not the right time to hold a "big, crowded" event.

The European chapter of the World Health Organization (WHO) on Friday expressed concern over the resurgence of new coronavirus cases on the continent, saying countries should impose tighter restrictions if necessary. The European continent now accounts for a fifth of the world's more than 15 million cases and remains the hardest hit in terms of deaths, with 206,633 out of 627,307 worldwide. A 750-billion-euro ($870 billion) post-coronavirus recovery plan was hammered out at an EU summit this week, where fiscally rigid nations butted heads with hard-hit countries like Spain and Italy that have called for huge aid grants.

"The recent resurgence in COVID-19 cases in some countries following the easing of physical distancing measures is certainly a cause for concern," a spokeswoman told Agence-France Presse (AFP). "Where new clusters of cases appear, these need to be controlled through rapid and targeted interventions including rapid case detection and isolation and diligent contact tracing and quarantining," she said. "If the situation demands, the reintroduction of stricter, targeted measures with the full engagement of communities may be needed." However, the number of new cases across Europe has remained stable at around 20,000 daily since May 20, more than two times lower than peak numbers at the start of April.

Elsewhere in the world, India reported over 49,000 fresh cases of the novel coronavirus with 740 new deaths on Friday, marking the biggest daily surge in cases even as officials in some states complained of shortages of vital drugs for those hospitalized.

As the number of cases neared 1.3 million in India, local authorities scrambled to procure generic versions of remdesivir, the drug that has shown promise in clinical trials in treating severely ill patients with COVID-19. India has reported 30,601 deaths from the disease, with more than 40% of these deaths coming from Maharashtra state.

China continues to see infection clusters develop even though it has largely contained the virus in most of the country. Authorities in Liaoning province have closed theaters, night clubs and indoor tourist attractions trying to stem further infections. The Liaoning infections mark China’s latest cluster after one in the far northwestern region of Xinjiang earlier this month. That outbreak, focused on the regional capital of Urumqi, has infected dozens of people and officials have curbed travel and ordered widespread testing. Elsewhere, China has largely contained the virus, with major cities such as Beijing and Shanghai opening up to increased economic activity and social interaction.