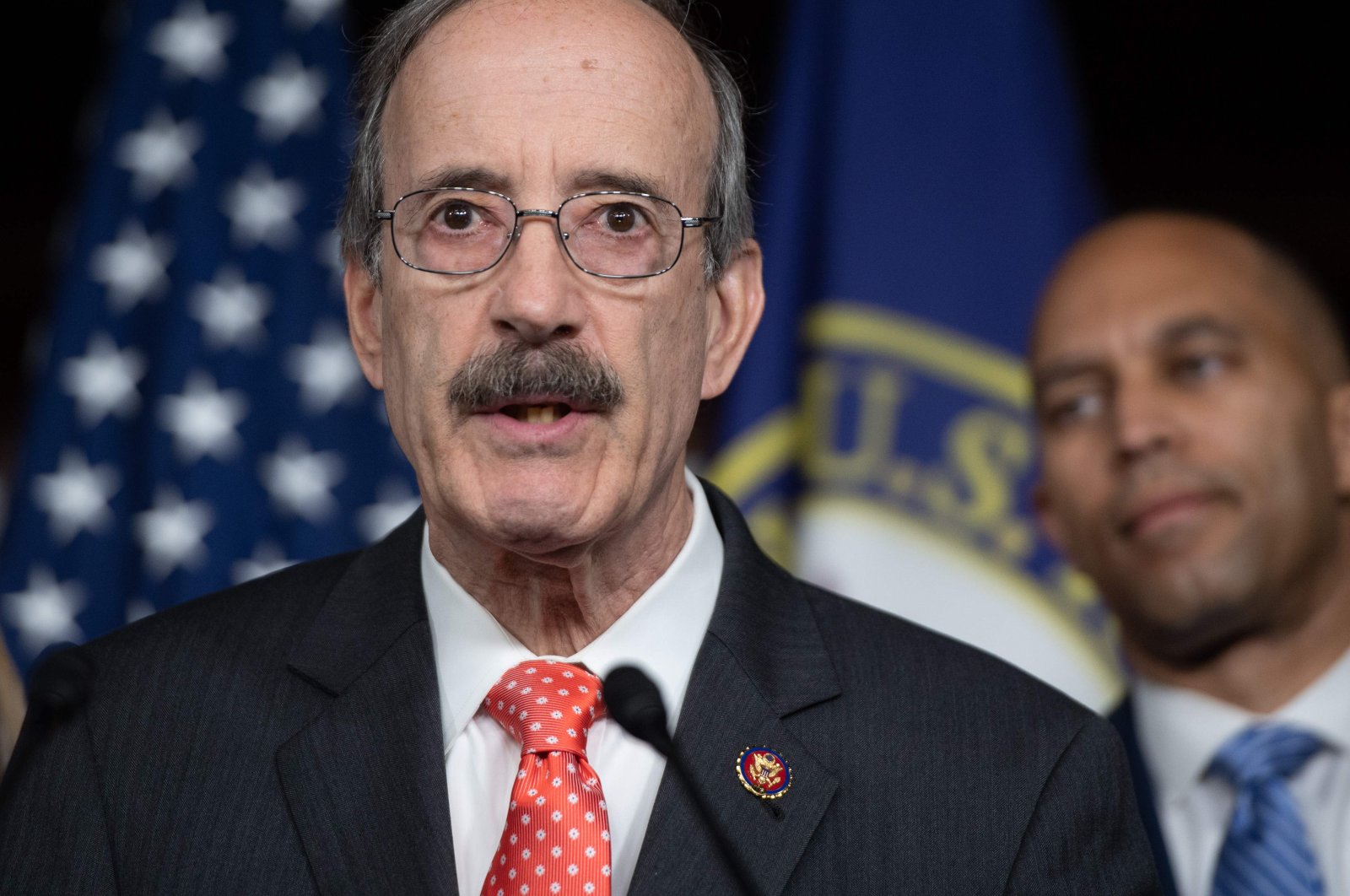 In this file photo from May 18, 2020, Representative Eliot Engel, Democrat for California, speaks during a press conference on Capitol Hill in Washington. Engel claims the State Department watchdog abruptly fired by President Donald Trump was probing his controversial bypassing of Congress to sell weapons to Saudi Arabia, Washington D.C.
by ASSOCIATED PRESS May 18, 2020 8:59 pm
RECOMMENDED

Democrats said Monday that ousted Inspector General Steve Linick was probing how the State Department pushed through a $7 billion Saudi arms sale over congressional objections. Democrats previously suggested the dismissal might have been tied to Linick's investigation of allegations that Secretary of State Mike Pompeo may have improperly ordered staff to run personal errands for him.

Neither the White House nor the State Department has provided specific reasons for Linick's dismissal, which comes amid broader concerns over Trump’s removal of numerous inspectors general at various executive branch departments.

Eliot Engel, the chairman of the House Foreign Affairs Committee, said he was troubled that Linick was sacked before the completion of the Saudi investigation. Engel had called for that probe after Pompeo in May 2019 invoked a rarely used provision in federal law to bypass a congressional review of arms sales to Saudi Arabia and the United Arab Emirates.

"His office was investigating – at my request – Trump’s phony declaration of an emergency so he could send weapons to Saudi Arabia,” said Engel. "We don’t have the full picture yet, but it’s troubling that Secretary Pompeo wanted Mr. Linick pushed out before this work could be completed."

He called for the State Department to turn over records related to Linick's firing that he and the top Democrat on the Senate Foreign Relations Committee, Sen. Bob Menendez of New Jersey, had demanded on Saturday.

Trump's firing of Linick late Friday was done at Pompeo's recommendation and is effective in 30 days.

Over the weekend, congressional aides had suggested that it may have been prompted by a probe into allegations that the secretary had ordered a staffer to pick up take-out food, collect dry cleaning for him and his wife and care for their dog. While problematic, such allegations are unlikely to result in any kind of severe consequence against Pompeo if proved correct.

A finding of impropriety in the Saudi arms sales could, however, be more serious. Engel and other congressional Democrats were appalled when Pompeo in May 2019 notified Congress of the decision to use an emergency loophole in the Arms Export Control Act to move ahead with sales of $7 billion in precision-guided munitions, other bombs and ammunition and aircraft maintenance support to Saudi Arabia, along with the United Arab Emirates and Jordan, without lawmakers’ approval.

The law requires Congress to be notified of potential arms sales, giving the body the opportunity to block the sale. But the law also allows the president to waive that review process by declaring an emergency that requires the sale be made "in the national security interests of the United States.”

In his notification, Pompeo said he had made the determination "that an emergency exists which requires the immediate sale” of the weapons "in order to deter further the malign influence of the government of Iran throughout the Middle East region.” He said the transfers "must occur as quickly as possible in order to deter further Iranian adventurism in the Gulf and throughout the Middle East.”

It came as the administration actively courted close ties with Saudi Arabia over congressional objections, notably following the killing of Jamal Khashoggi, a U.S.-based columnist for The Washington Post, by Saudi agents in October 2018.

There was precedent for using the emergency exemption for arms sales to Saudi Arabia. President Ronald Reagan invoked it in the 1980s, and both Presidents George H.W. Bush and George W. Bush used it for sales before the 1991 Gulf War and the 2003 Iraq War.

Pompeo has been silent about congressional criticism. But on Sunday, in apparent defiance, Pompeo posted a photo on his personal Twitter account of himself and a new puppy that he and his wife, Susan, have adopted.