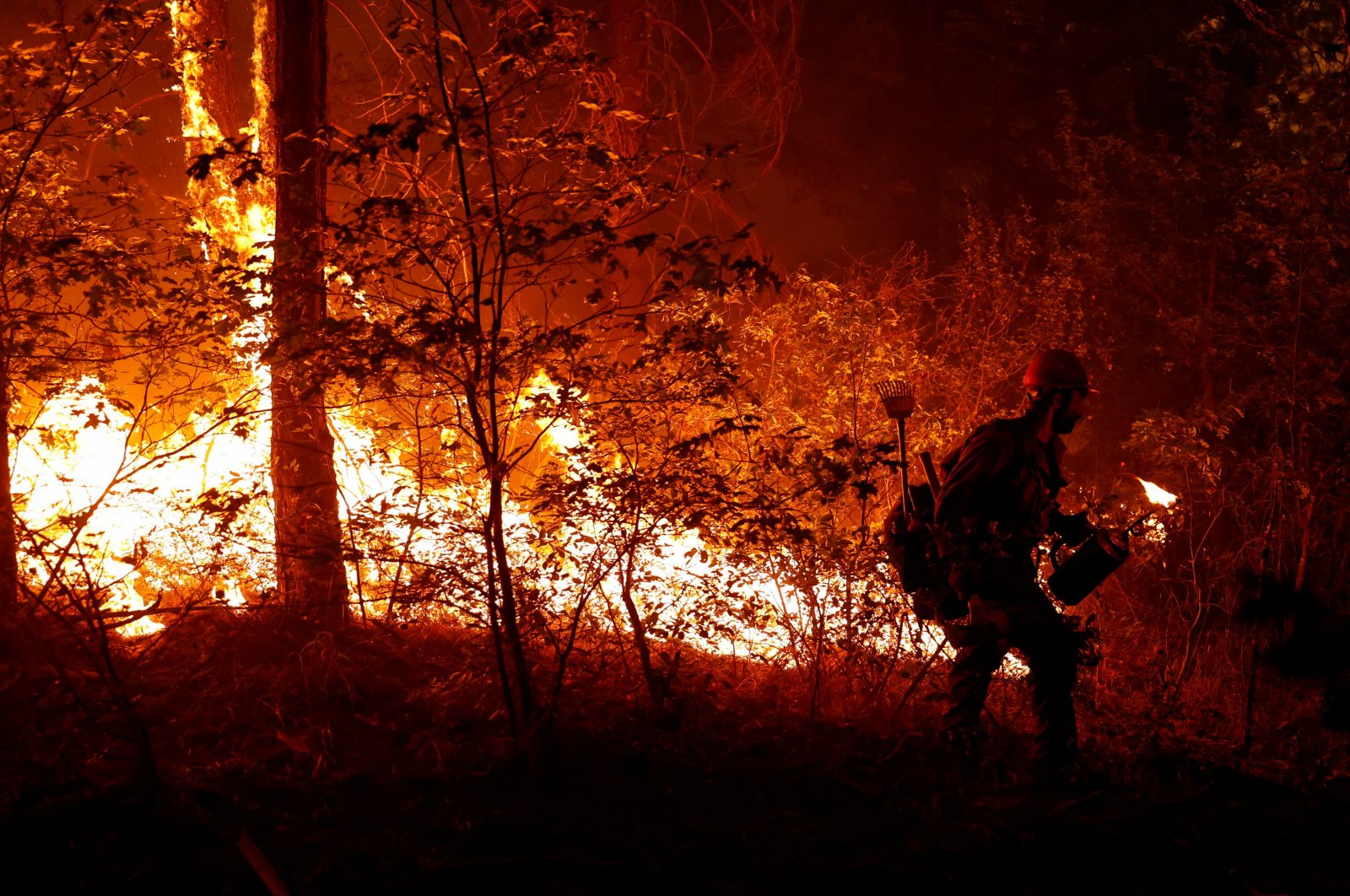 The wildfires in northern California have grown to be the second-largest in state history, authorities said Sunday. Three people were reported missing and thousands were fleeing the advancing flames.

The Dixie blaze is the largest active wildfire in the United States, but only one of 11 major wildfires in California.

Over the weekend, it surpassed the 2018 Mendocino Complex Fire to make it the second-worst fire in state history.

"It was like driving out of a war zone that you see in a movie," Tami Kugler told Agence France-Presse (AFP), sitting beside her tent at an evacuation station after fleeing the historic town of Greenville before it burned down.

"My neighborhood is gone – I mean gone, gone. Everybody I care and love about that's in that neighborhood, their homes are gone," she said. "I didn't have insurance."

On Saturday, Governor Gavin Newsom visited the charred remains of Greenville, expressing his "deep gratitude" to the teams fighting the flames.

He said authorities had to devote more resources to managing forests and preventing fires.

But he added that "the dries are getting a lot drier, it is hotter than it has ever been ... we need to acknowledge just straight up these are climate-induced wildfires."

The Dixie blaze, which on Saturday left three firefighters injured, remained 21% contained Sunday, unchanged from the day before, the CalFire website reported.

Crews estimate the fire, which began July 13, will not be fully extinguished for two weeks.

Weak winds and higher humidity have provided some succor to firefighters, but they are bracing for higher temperatures expected to exceed 100 degrees Fahrenheit (38 Celsius) in the coming days.

Heavy smoke was making driving hazardous for fire crews in some areas, and steep trails also made access difficult.

The state's eight largest wildfires have all come since December 2017. The still-blackened scars of previous fires have aided Dixie Fire crews at times, reducing available fuel.

Thousands of residents have fled the area, many forced to find temporary housing – even living in tents, and often unsure whether their homes have survived.

At an evacuation site under smoky skies in Susanville, exhausted families sat in folding chairs beside tents and vehicles packed with belongings grabbed from their abandoned homes.

The Plumas County sheriff's office said it was still searching for three people listed as missing, after two others were found over the weekend.

The Dixie Fire has already destroyed about 400 structures – gutting Greenville – and CalFire said workers and equipment were being deployed to save homes in the small town of Crescent Mills, three miles (five kilometers) southeast of Greenville.

More than 5,000 personnel are now battling the Dixie blaze.

Despite repeated evacuation orders from the authorities, some residents have refused to flee, preferring to try to fight the fire on their own rather than leave their property.

By late July, the number of acres burned in California was up more than 250% from 2020 – itself the worst year of wildfires in the state's modern history.

A long-term drought that scientists say is driven by climate change has left much of the western United States and Canada parched – and vulnerable to explosive and highly destructive fires.

A preliminary investigation has suggested the Dixie Fire was started when a tree fell on a power cable owned by regional utility Pacific Gas & Company (PG&E), a private operator that was earlier blamed for the Camp Fire in 2018, which killed 86 people.