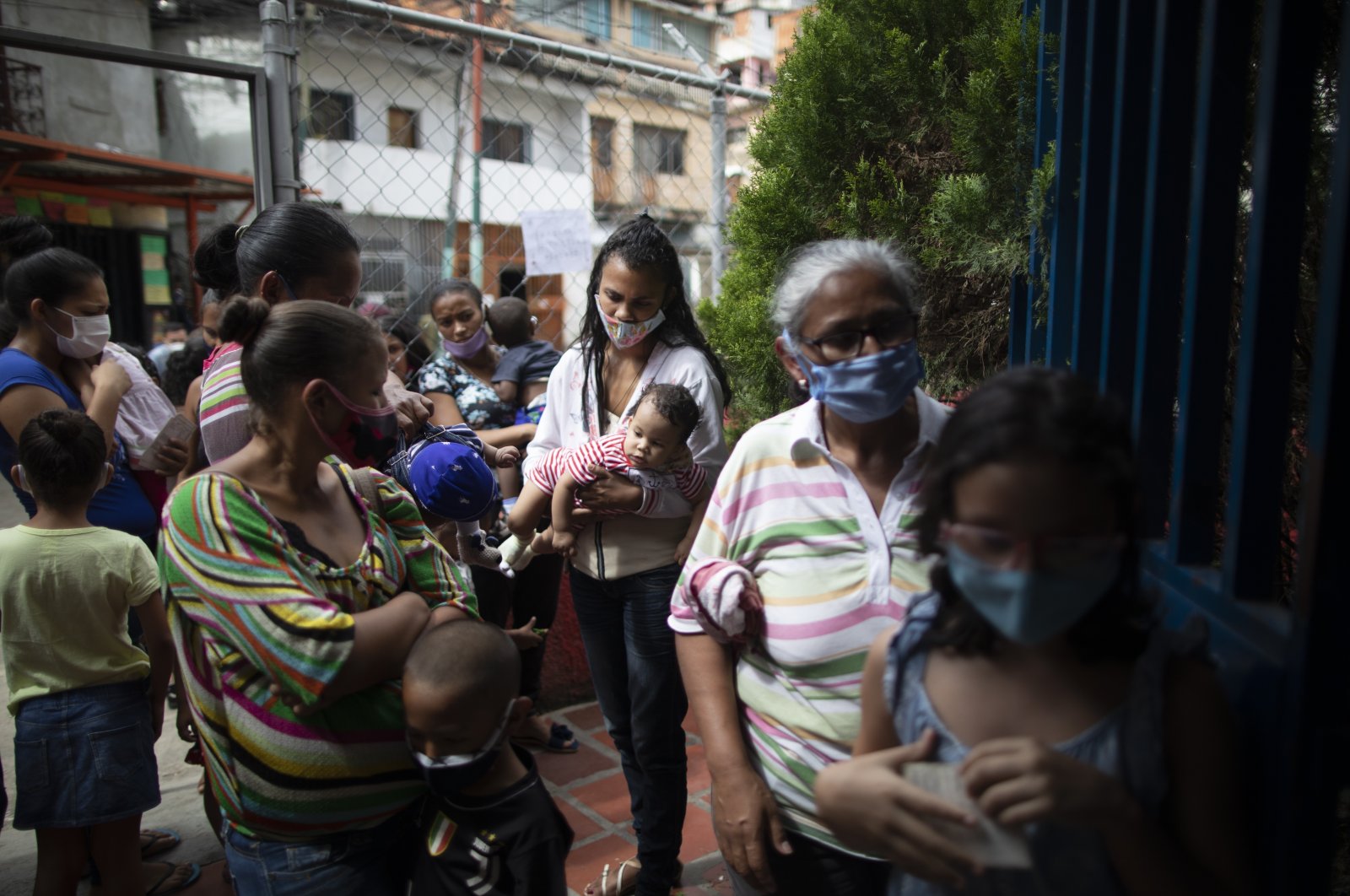 Residents, wearing face masks amid the new coronavirus, wait their turn during a vaccination campaign organized by the Health Ministry, in the El Valle neighborhood of Caracas, Venezuela, Nov. 20, 2020. (AP Photo)
by ASSOCIATED PRESS
Nov 25, 2020 11:56 pm

The humanitarian aid group Doctors Without Borders is pulling out of a hospital in a Venezuelan slum that had been one of the nation’s best-equipped to treat COVID-19 patients, saying government restrictions made work impossible.

Roughly 40 foreign professionals including doctors, nurses and technicians have been unable to get permits to work in Venezuela this year, which Doctors Without Borders said has forced it to start shutting down its coronavirus care at the public Perez de Leon II Hospital.

"After months of fighting to gain entrance for our international staff, we felt obligated to make a decision that none of us wanted or that will be positive for anybody," Isaac Alcalde, MSF’s general coordinator in Venezuela, told The Associated Press (AP) on Wednesday.

"It’s been hard for us to understand why MSF can’t get permission," he added.

Before the virus struck, Venezuela was gripped by several years of economic and political crisis that have left many public hospitals in shambles, lacking basics like water and sufficient staffing. The migration of doctors and nurses has even forced relatives to buy protective clothing to enter COVID-19 wings of other hospitals to care for sick loved ones at their own risk.

The coronavirus first hit Venezuela in March. Officials report nearly 900 deaths among the roughly 100,000 reported cases, although critics of President Nicolas Maduro’s government say that’s a vast under-count because many ill prefer to stay home rather than rely on the failing public hospitals.

Among its projects in Venezuela, Doctors Without Borders at the outset of the pandemic rehabilitated the public hospital wing in Caracas to operate at top-notch standards. It lies on the edge of one of the capital's poorest and most feared neighborhoods.

Just outside the hospital's gate, a stream of water ran one day recently from a broken main along a crowded and noisy street, while a few steps inside, coronavirus patients in critical condition cling to life on respirators surrounded by doctors and nurses.

Despite the restrictions, Doctors Without Borders said it's made due by filling many positions with qualified Venezuelan staff. But it also needs a balance of international specialists on the ground in Venezuela familiar with the organization's processes to guarantee the quality standards.

"Personally, this is difficult, of course, as a Venezuelan, as a health care workers, who was deeply involved in this project since day one," said Maribelsi Mancera, head nurse for MSF at the hospital. "We don’t understand the circumstances leading us to this situation."

Doctors Without Borders, however, said it will maintain some programs at the hospital and at the 39 other projects it supports throughout the country. While they will leave some supplies behind, it’s a blow to efforts to ensure proper COVID-19 care in a vulnerable area.

The humanitarian organization, which works in conflict zones and crisis around the world, said the restrictions in Venezuela could end up impacting their other projects, which include battling malaria.

Venezuela's Communication’s Ministry didn’t respond to a request for comment by AP.

Opposition congressman Miguel Pizarro, Venezuela's representative to the United Nations, said he regretted the decision by Doctors Without Borders, calling it a symptom of the government's mistreatment toward other organizations trying to assist the nation in crisis.

"Humanitarian organization only make these types of decisions when conditions compromise the integrity and efficiency of their operation," said Pizarro, adding that such groups require unrestricted access, which "doesn’t appear to exist today."