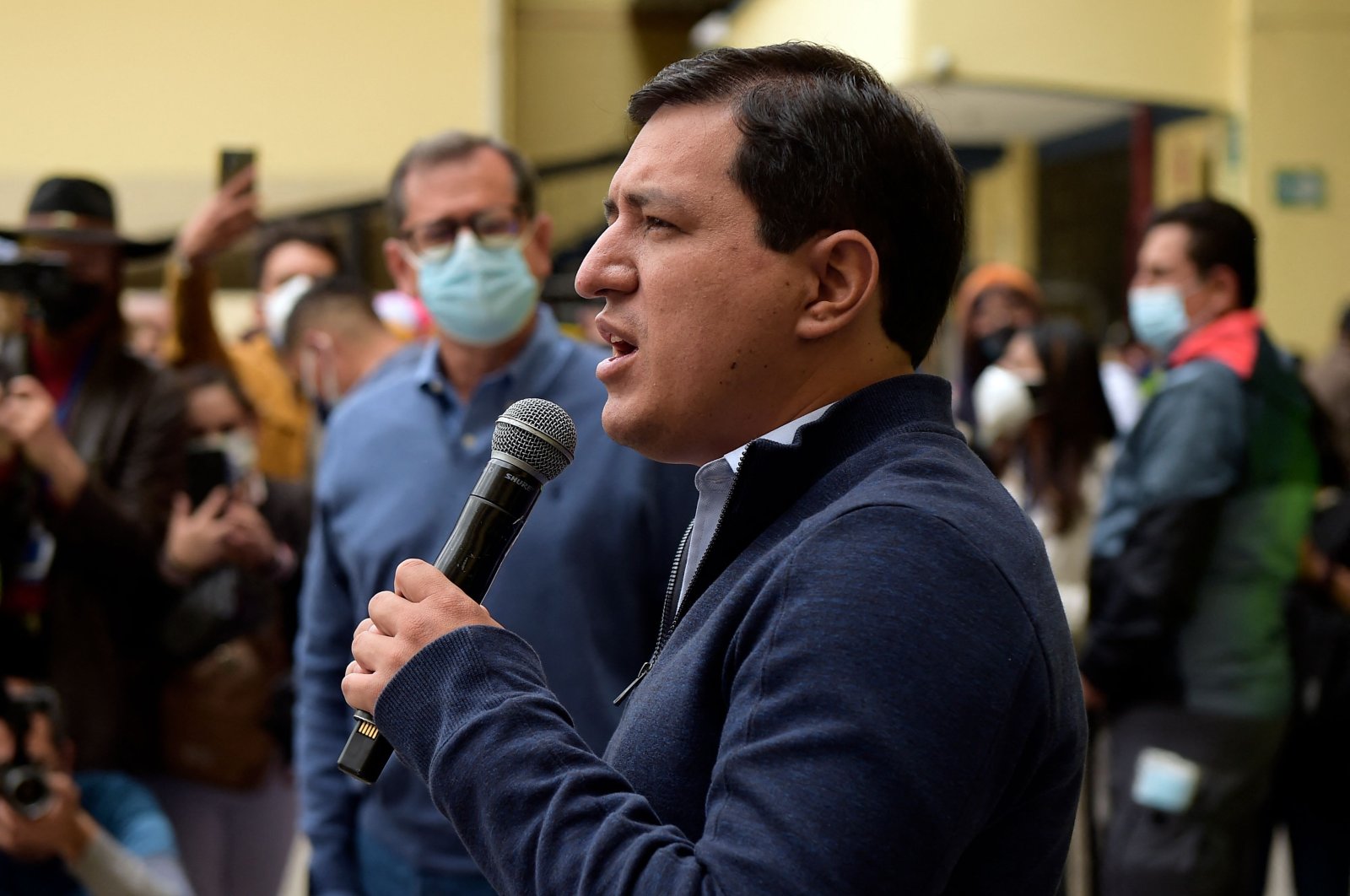 Amid a deepening economic crisis, Ecuadorians headed to the polls on Sunday to elect the next president of the South American nation with public opinion divided between a relatively unknown, young socialist protege of ex-leader Rafael Correa and a veteran conservative.

Opinion polls have the two contenders neck-and-neck in a battle for control of the country. Economist Andres Arauz, 36, is virtually unknown but topped February's first round of voting on the back of support from his mentor, Correa, who led the country for 10 years.

Ex-banker Guillermo Lasso, 65, is a seasoned politician and third-time presidential aspirant after having twice finished second: to Correa in 2013 and Lenin Moreno in 2017.

Polls opened at 7:00 a.m. with voting obligatory for 13.1 million people in the small South American country. Whoever wins will take over from beleaguered Moreno on May 24 and will immediately face an economic crisis exasperated by a 7.8% contraction in GDP in 2020.

Overall debt is almost $64 billion, 63% of GDP, of which $45 billion (45% of GDP) is external debt. At the same time, the country has been hard hit by the pandemic with hospitals overwhelmed by more than 340,000 coronavirus infections and over 17,000 deaths.

"There are economic, health and government crises at the moment," said Wendy Reyes, a professor and political consultant at the University of Washington. "Whoever wins will face a completely divided picture."

Arauz, the candidate from the Union of Hope coalition, topped the first round with almost 33% of the vote, some 13% points ahead of Lasso, from the Creating Opportunities movement. Although barely known before he ran for the top office, Arauz is the protege of Correa, who would have been his running mate but for an eight-year conviction for corruption.

This election is not so much left versus right, but rather "Correism versus anti-Correism," political scientist Esteban Nicholls of Simon Bolivar University told Agence France-Presse (AFP). Correa lives in exile in Belgium, where his wife was born, and he is able to avoid his prison sentence. However, his influence on Ecuadoran politics remains strong.

"If Arauz wins, Correism will continue. If Lasso wins, we will immediately end this Correism, which has been a terrible situation for years," Judith Viteri, 41, who works in a chemist, told AFP after voting.

The two candidates can barely be separated in polls. The last poll by Market predicted a "technical draw" on Sunday with Arauz garnering 50% and Lasso getting 49%. The election is "totally uncertain," Market director Blasco Penaherrera told AFP.

However, Penaherrera said that Lasso's "growth" is "vastly superior" to that of Arauz. Lasso scraped into the runoff by less than half a percentage point ahead of indigenous candidate Yaku Perez, who contested the result and claimed to have been the victim of fraud.

It took weeks for Lasso's second place to be confirmed. Ahead of the runoff, electoral officials have decided to abandon the usual rapid count to avoid potentially misleading results.

Socialist Perez, whose Pachakutik indigenous movement is the second-largest bloc in parliament, picked up around 20% of the vote in the first round.

Pachakutik has refused to back either candidate in the second round, leaving uncertainty over which way its supporters will turn. "This social division, that the campaign highlighted, means that the vote to reject Correa effectively goes to Lasso," said Pablo Romero, an analyst at Salesiana University.

The number of undecided voters following the chaotic first round was about 35%, but that's since shrunk to 8%. However, this "really changed in just a few weeks," said Penaherrera.

Political scientist Santiago Basabe, of the Latin American Faculty of Social Sciences, believes Arauz has the edge. "While either could win, it seems to me that Arauz has more chance," said Basabe.

However, "there's a feeling that to a certain extent, it doesn't matter who wins, we just need an immediate change," said Romero. Should Lasso win he would face a tough job with Arauz's leftist coalition the largest bloc in Congress.

"There will be permanent tension with the executive. There's almost no chance of the reforms the country needs," said Romero.