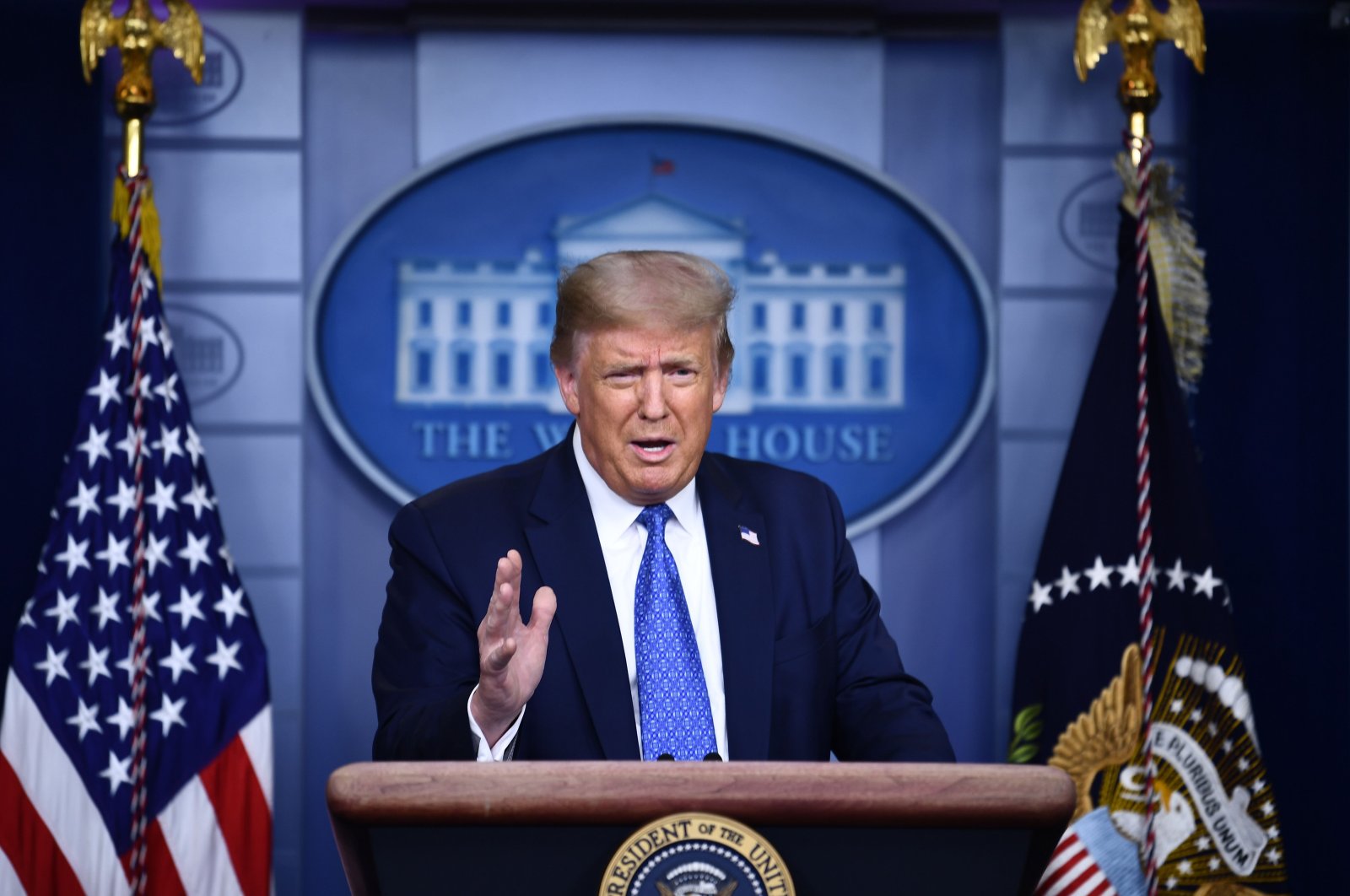 U.S. President Donald Trump speaks to the press during the renewed briefing of the Coronavirus Task Force in the Brady Briefing Room of the White House in Washington, DC, on July 22, 2020. (AFP Photo)
by daily sabah Jul 23, 2020 10:40 pm
Edited By Elissa Carlson
RECOMMENDED

Talking about the details of a cognitive test he recently passed, Trump said he has the "mental stamina" to be U.S. president.

"Because I can tell you President Xi (Jinping of China) is sharp, (Russian) President (Vladimir) Putin is sharp, (Turkish President Recep) Erdogan is sharp. You don't have any non-sharp people that you're dealing with," Trump told Fox News.

The U.S. president revealed a part of the cognitive test he took, although he did not go into much detail about its content.

"Then, ten minutes, 15, 20 minutes later they say, 'Remember that first question... Give us that again."

"I do it because I have, like, a good memory," Trump said, adding that he is "cognitively there."

The U.S. president also urged his Democratic rival, Joe Biden, to take a similar test to prove that he is mentally stable because "something's going on."

"In a way, he has an obligation to," Trump added.