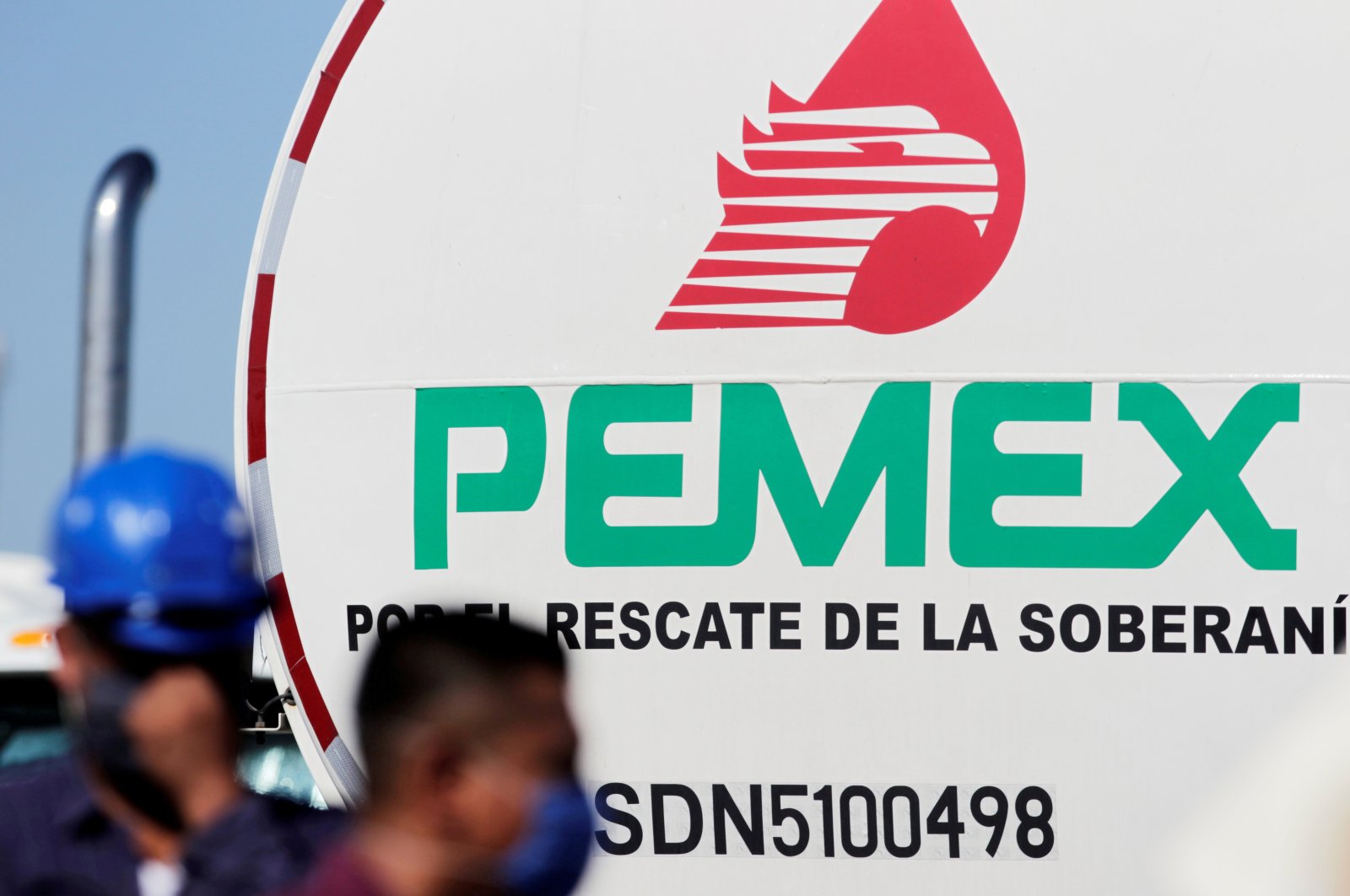 A logo of the Mexican state oil firm Pemex is pictured during a visit of Mexico's president, Andres Manuel Lopez Obrador, at Cadereyta refinery, in Cadereyta, on the outskirts of Monterrey, Mexico, Aug. 27, 2020. (Reuters Photo)
by REUTERS Jul 03, 2021 8:37 pm
RECOMMENDED

A blaze dubbed "eye of fire" on the ocean surface west of Mexico's Yucatan peninsula was put out early Friday, state oil company Pemex said. The company blamed a gas leak from an underwater pipeline for sparking the fire captured in videos that went viral.

Bright orange flames jumping out of water resembling molten lava, being called an "eye of fire" on social media due to the blaze's circular shape, raged a short distance from a Pemex oil platform.

The fire took more than five hours to fully put out, according to Pemex.

The fire began in an underwater pipeline that connects to a platform at Pemex's flagship Ku Maloob Zaap oil development, the company's most important, four sources told Reuters earlier.

Ku Maloob Zaap is located just up from the southern rim of the Gulf of Mexico.

Pemex said no injuries were reported, and production from the project was not affected after the gas leak ignited around 5:15 a.m. local time. It was completely extinguished by 10:30 a.m.

The company added it would investigate the cause of the fire.

Pemex, which has a long record of major industrial accidents at its facilities, added it also shut the valves of the 12-inch-diameter pipeline.

Angel Carrizales, head of Mexico's oil safety regulator ASEA, wrote on Twitter that the incident "did not generate any spill." He did not explain what was burning on the water's surface.

"The turbomachinery of Ku Maloob Zaap's active production facilities were affected by an electrical storm and heavy rains," according to a Pemex incident report shared by one of Reuters' sources.