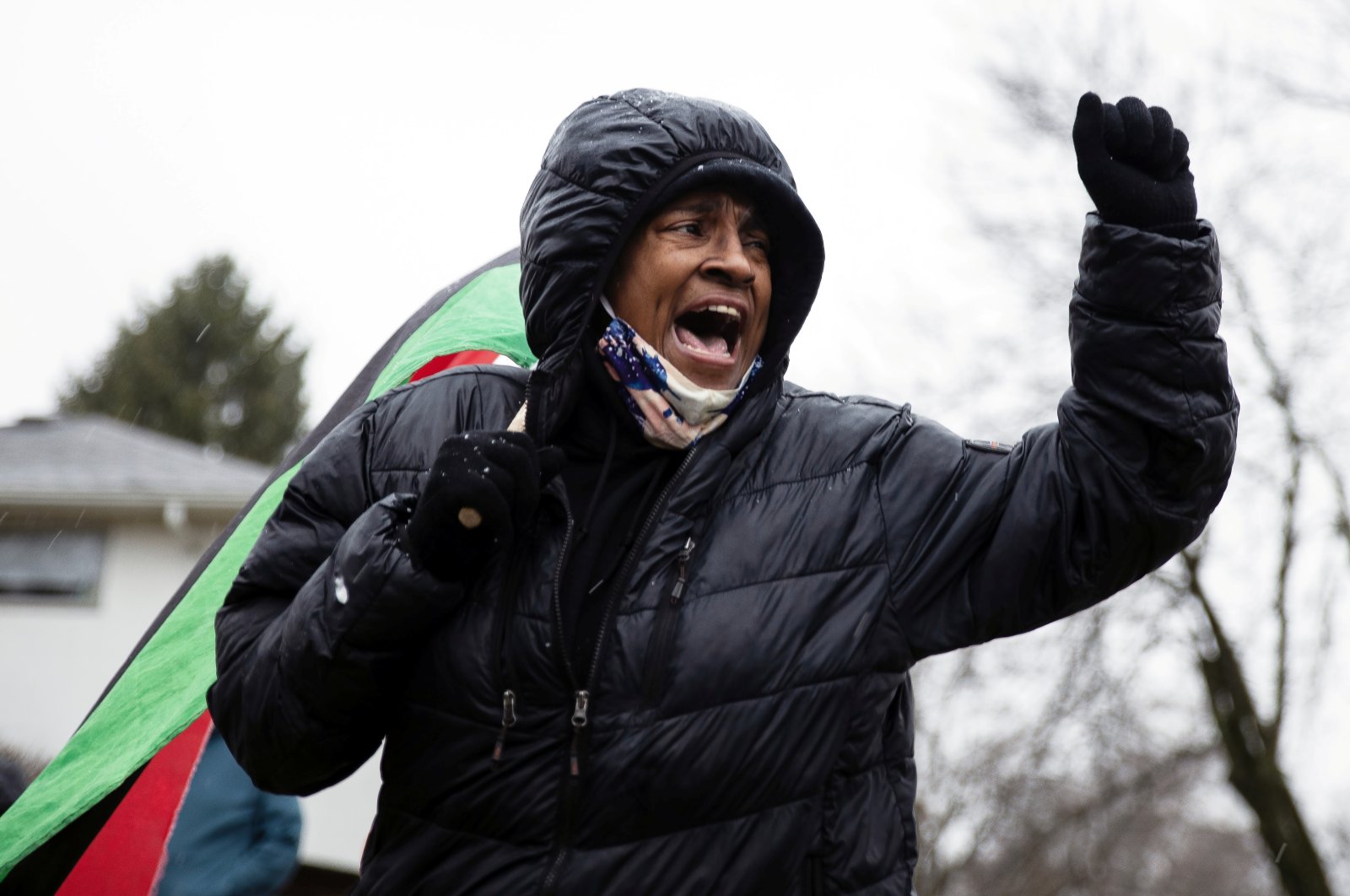 The fatal shooting of an unarmed Black man by police in Columbus, Ohio – the U.S. city's second such killing this month – sparked a fresh wave of protests on Thursday against racial injustice and police brutality in the country.

Andre Maurice Hill, 47, was in the garage of a house on Monday night when he was shot several times by a police officer who had been called to the scene for a minor incident. Seconds before the gunfire, bodycam footage shows Hill walking toward the policeman holding a cellphone in his left hand, while his other hand cannot be seen.

Columbus police chief Thomas Quinlan announced Thursday that he was moving to fire the officer, Adam Coy, on allegations of "critical misconduct."

"We have an officer who violated his oath to comply with the rules and policies of the Columbus Division of Police," Quinlan said in a statement. "This violation cost an innocent man his life."

According to local media reports, Coy had previously received complaints of excessive force. Coy and his colleague waited several minutes before approaching Hill, who was still alive but died later.

Hill, the second African-American killed by police in Columbus in less than three weeks, was not carrying a weapon.

Casey Goodson Jr., 23, was shot several times on Dec. 4 while returning home. His family has said he was holding a sandwich which law enforcement mistook for a gun.

The killings in Columbus come after a summer in which the U.S. was rocked by historic protests against racial injustice and police brutality, sparked by the May killing of African-American man George Floyd.

Floyd, also unarmed, suffocated beneath the knee of a white police officer in Minneapolis. Horrified passers-by filmed his death, with the footage swiftly going viral.

"Once again officers see a black man and conclude that he's criminal and dangerous," said lawyer Ben Crump, who defends several families of police brutality victims including Floyd's, on Wednesday. He denounced a "tragic succession of officer-involved shootings."

Columbus Mayor Andrew Ginther said he was "outraged" by Hill's death. He was "known to the residents of the home where his car was parked on the street," he said Wednesday at a press conference, describing him as a "guest... not an intruder."

Ginther said he was "very disturbed" that the two police officers did not give first aid to Hill and called for Coy's "immediate termination."