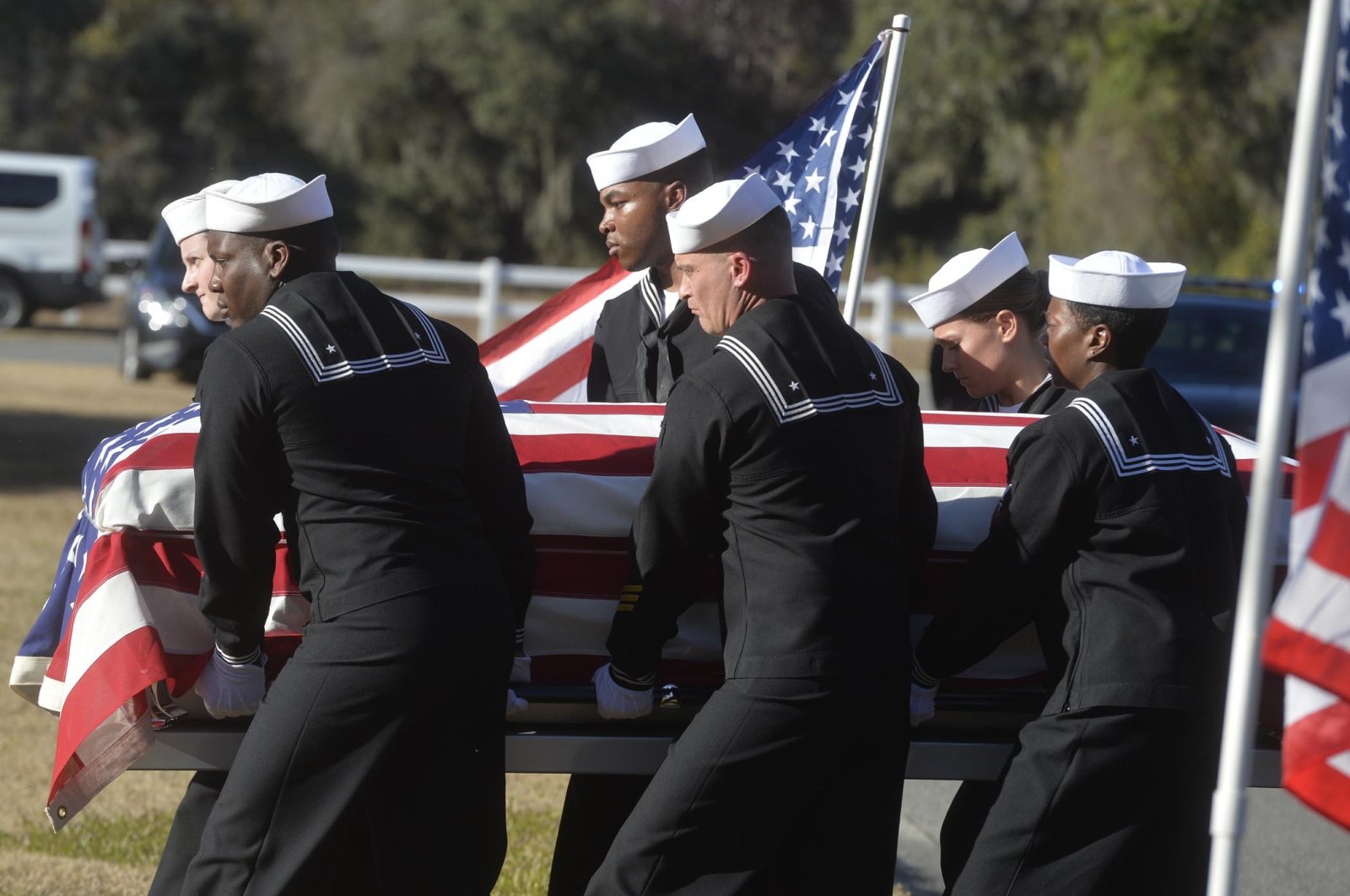 Sailors carry the casket of Cameron Walters at Oak Hill Cemetery in Richmond Hill, Ga. Walters was one of the three Navy sailors killed in a Saudi gunman's attack at Pensacola Naval Air Station in Florida on Dec. 6. (AP Photo)
by REUTERS May 18, 2020 5:27 pm

The FBI has found cellphone evidence linking al-Qaida to the Dec. 6, 2019 shooting at a U.S. naval base in Florida in which three people were killed, a federal law enforcement source said on Monday.

The shooter, Second Lieutenant Mohammed Saeed Alshamrani, 21, had been a member of the Royal Saudi Air Force.

He was on the base as part of a U.S. Navy training program designed to foster links with foreign allies. He was killed by law enforcement during the attack.

Since then, the Justice Department has been working to try and unlock the encryption on the shooter's phone to get a better sense of his motives and whether he had connections to known terrorist groups.

In February, an audio recording purporting to be from the extremist militant group al-Qaida in the Arabian Peninsula (AQAP) claimed responsibility for the fatal attack at the Pensacola, Florida, base in December that killed three people, but it provided no evidence.