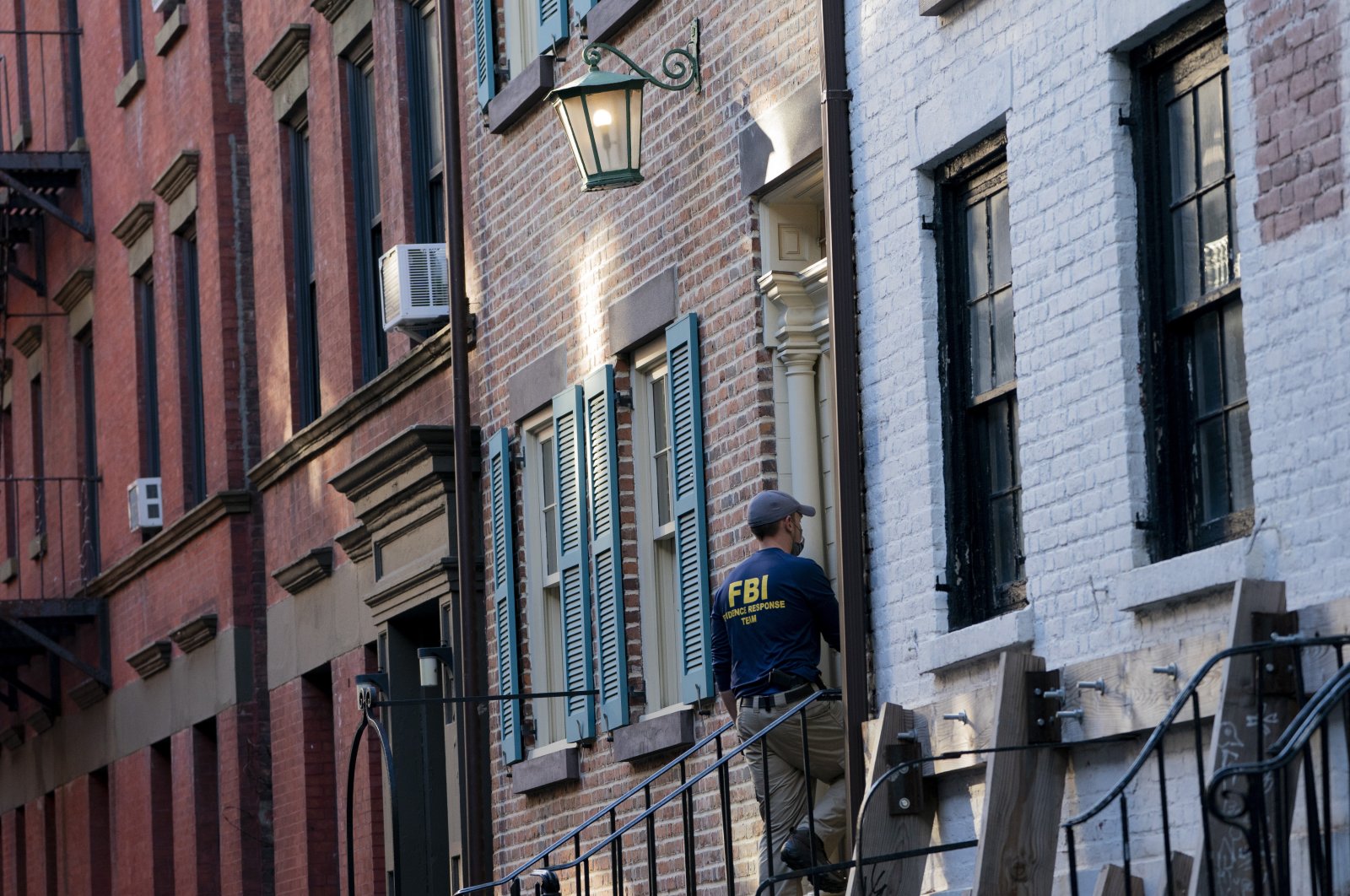 A spokesperson for Deripaska told reporters that the searches were “connected to United States sanctions" and that the homes didn't belong to him but belonged to relatives.

The sanctions imposed on Deripaska in 2018 prevent him from doing business or owning property in the U.S.

In Washington, the agents were carrying out “court-authorized law enforcement activity” at the multimillion-dollar mansion, an agency spokesperson said. Yellow police tape blocked the driveway, and an FBI agent stood guard outside as fellow agents came and went from the home throughout the day. A vehicle was later seen being lifted onto a tow truck at the house.

In New York City, an FBI spokesperson said agents were carrying out a “law enforcement operation related to an ongoing investigation" in searching a home connected to Deripaska on Gay Street, in Manhattan’s Greenwich Village neighborhood.

Police blocked off the narrow, winding street in front of the three-story, brick 19th-century townhouse, which was once the home of former New York City Mayor Jimmy Walker. Federal agents could be seen going in and out of the house with cameras, and more than a dozen agents in five vehicles brought out a van-load of evidence boxes.

In imposing the sanctions against Deripaska in 2018, the Treasury Department said he “has been investigated for money laundering, and has been accused of threatening the lives of business rivals, illegally wiretapping a government official, and taking part in extortion and racketeering.”

He sued, unsuccessfully, to try to force the government to overturn those sanctions and his lawyers argued that the penalties cost him billions of dollars.

In the lawsuit, Deripaska’s lawyers said that while the Washington home was owned by a limited liability company, which in turn was owned by a British Virgin Island trust established by Deripaska in 2006, he had never lived there.

The wealthy Russian who made his money in the aluminum business is a close ally of Putin and was mentioned multiple times in special counsel Robert Mueller’s report on interference in the 2016 presidential election.

The Treasury Department, under the Trump administration, lifted financial sanctions on three companies connected to Deripaska. Officials said at the time they had done so because Derapaska’s direct and indirect shareholding stake in the three companies had been reduced to the point that he no longer has control over them. The sanctions against Deripaska himself remain.