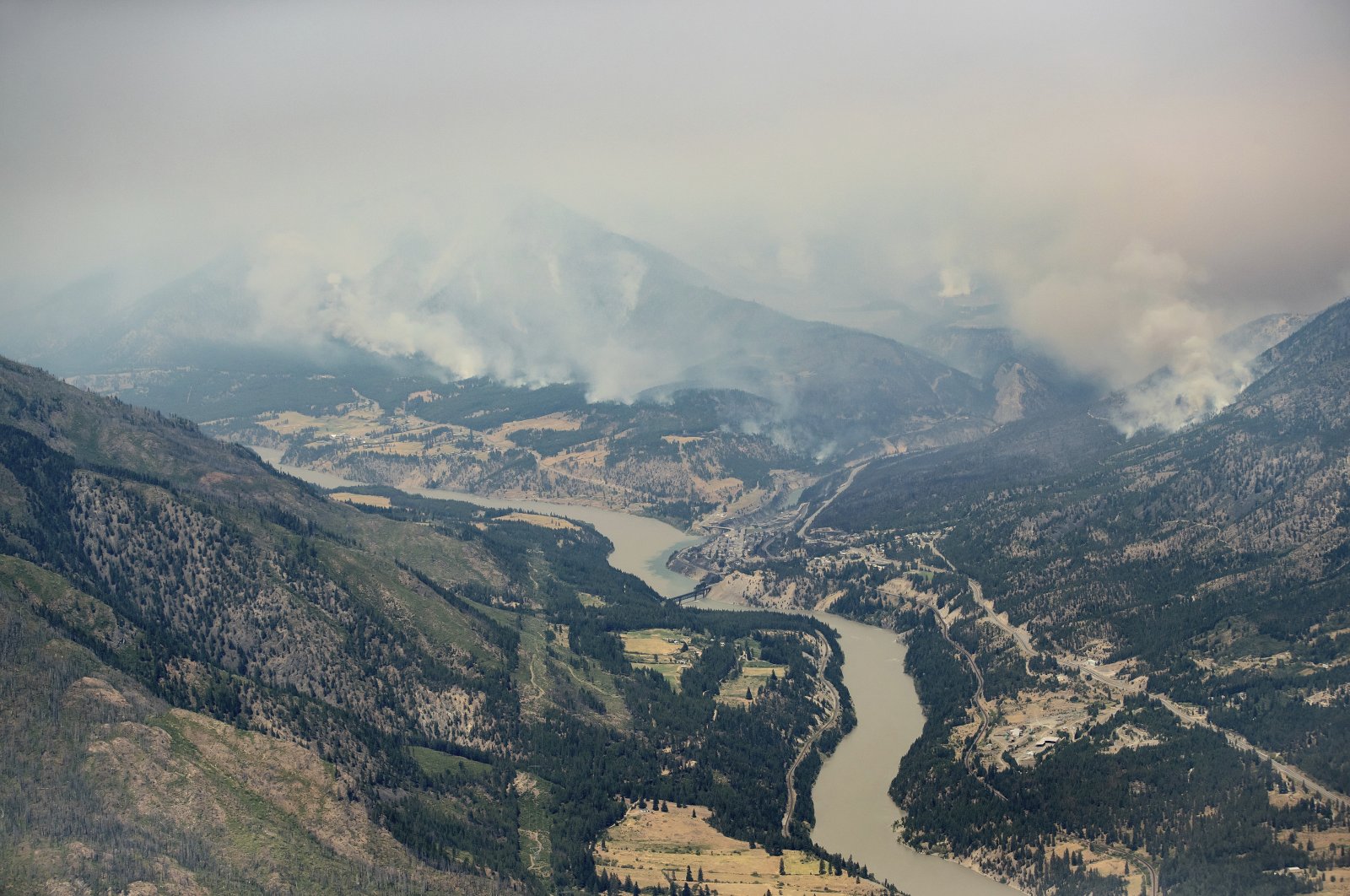 In this aerial photo taken from a helicopter, a wildfire burns in the mountains north of Lytton, British Columbia, July 1, 2021. (The Canadian Press via AP)
by German Press Agency - DPA Jul 02, 2021 9:04 am

The village of Lytton in Canada's British Columbia has been almost completely destroyed by fire after several days of record hot temperatures.

Around 90% of Lytton was burned down, including the entire village center, Canadian lawmaker Brad Vis, whose constituency is in British Columbia, said Thursday. More than 1,000 people had to flee.

Mayor Jan Polderman said he saw white smoke on the southern edge of the town and within 15 to 20 minutes, flames had taken over the whole village.

Photos and video showed completely charred streets and rows of houses. There was no initial information on possible casualties.

Before the fire broke out Wednesday evening, Lytton, which is some 260 kilometers (162 miles) northeast of Vancouver, recorded three consecutive days of record heat.

Dozens of wildfires had broken out in other parts of British Columbia, many caused by lightning strikes.

One near the village of Weed spread to an area of more than 80 square kilometers and several thousands people were asked to leave their homes in the danger zone. The flames were only 25% contained as of Thursday.