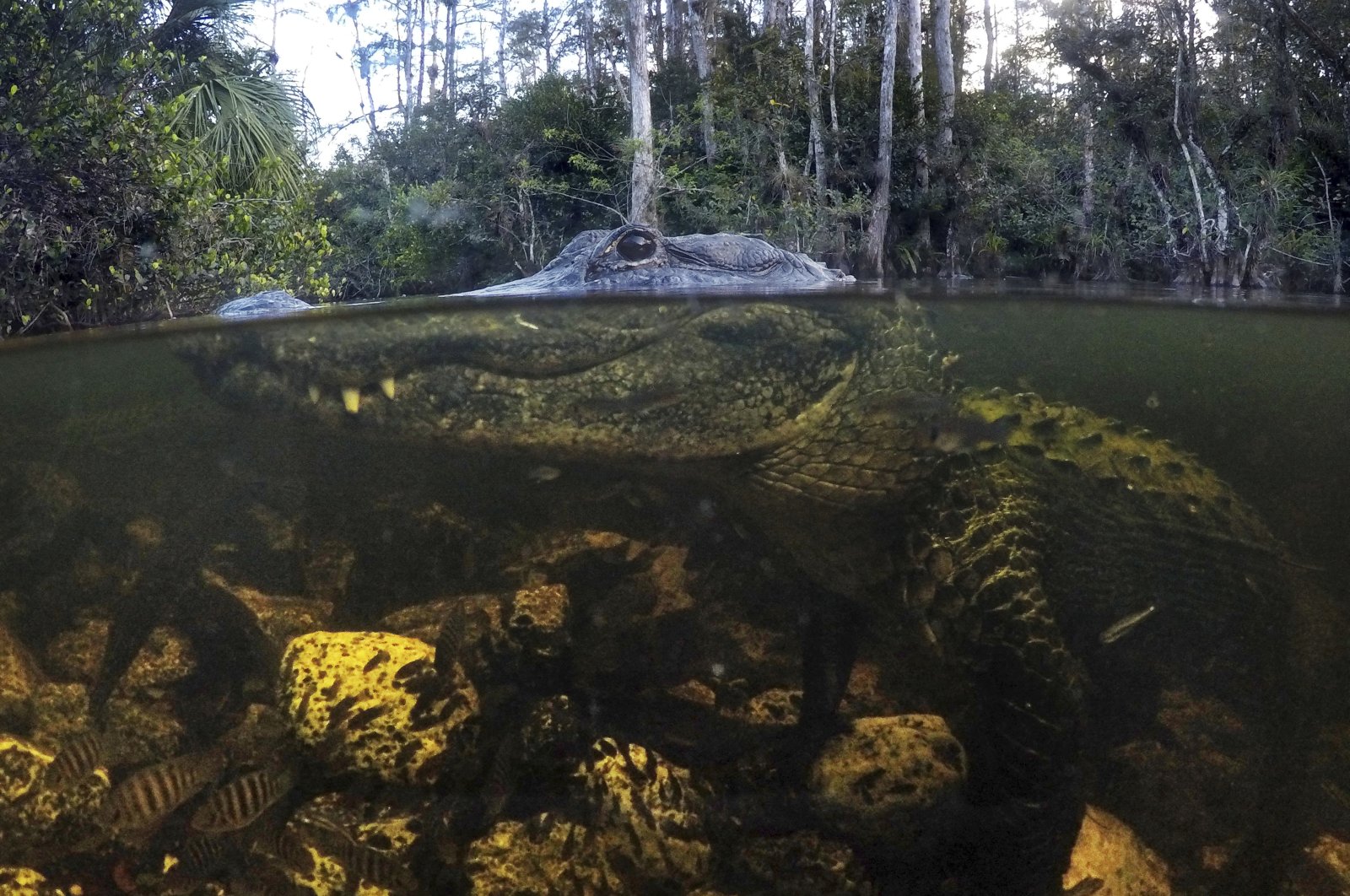 A U.S. man rescued his pet dog after it was attacked by an alligator in Florida.

Richard Wilbanks, 74, was walking his dog by a pond in Estero, Florida, when the alligator got hold of the puppy Monday.

Cameras set up by the Florida Wildlife Federation and the fSTOP Foundation captured the incident, which shows Wilbanks grabbing hold of the alligator and freeing the puppy.

The man manages this incredible feat without dropping his cigar.

Only in Florida: Man jumps into pond, pries open alligator’s jaws and saves his puppy – all without dropping cigar out of his mouth https://t.co/uMXsU6dEKO pic.twitter.com/i0PADnjW2g

The footage was taken as part of the two wildlife organizations' Sharing the Landscape project, which aims to raise awareness of the importance of respecting wildlife, and the habitats that animals and humans share.

A spokeswoman for Florida Wildlife Federation said: "It is critical that people who live at the interface of wild land take extra precautions."

"Dogs should leashed and both people and pets should avoid lingering at the edge of large retention ponds where alligators are known to occupy," she added.