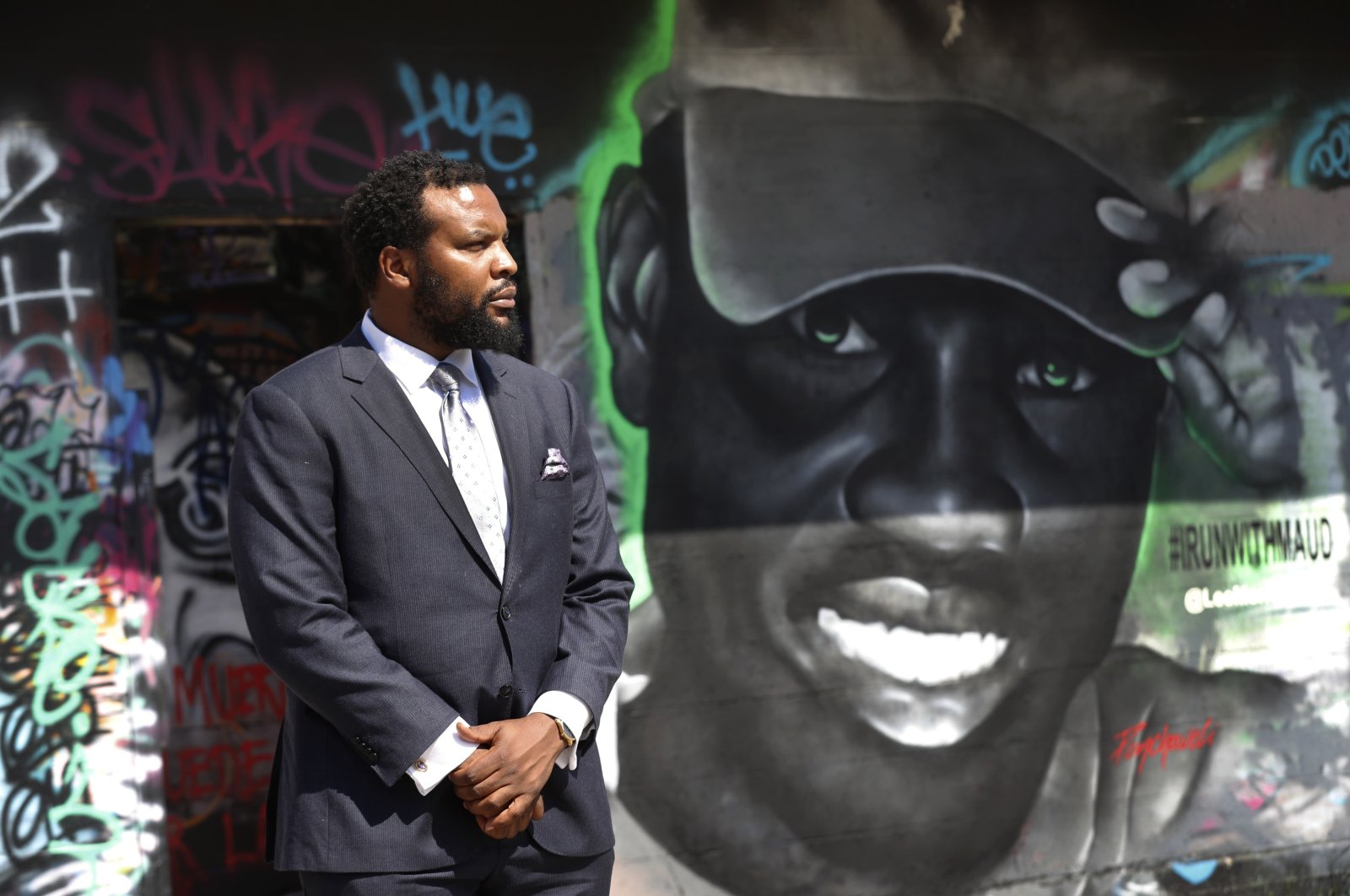 Lee Merritt, a lawyer representing the family of Ahmaud Arbery, poses for a photo by a mural in the likeness of Arbery painted by artist Theo Ponchaveli in Dallas, Texas, U.S., May 9, 2020. (AP Photo)
by ASSOCIATED PRESS
May 12, 2020 4:06 pm

Georgia’s attorney general is asking state law officers for an investigation into allegations of misconduct by local prosecutors in the killing of a black man who was chased by a white father and son.

The Feb. 23 killing of 25-year-old Ahmaud Arbery has sparked a national outcry.

More than two months passed before the arrests of Gregory and Travis McMichael. They were charged with felony murder and aggravated assault after a video of the shooting appeared online and prompted outrage.