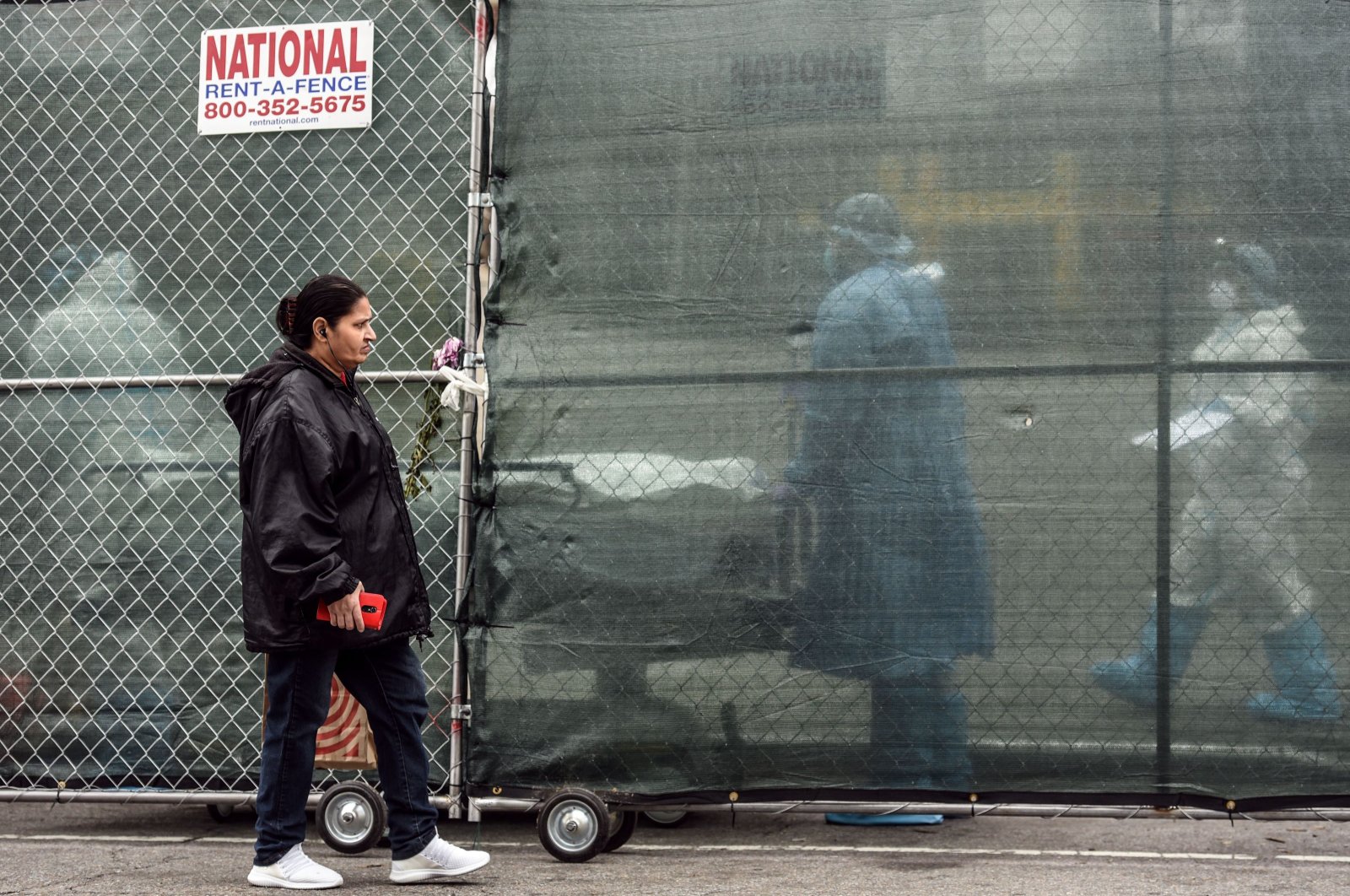 A woman walks by as medical workers wheel a deceased patient on a stretcher behind a privacy screen at the Brooklyn Hospital Center on April 27, 2020 in the Brooklyn borough of New York City. (AFP Photo)
by DAILY SABAH Apr 27, 2020 10:38 pm

The number of people infected with the coronavirus throughout the globe surpassed 3 million Monday while the U.S. hit the 1 million mark.

Among the total of 3.05 million COVID-19 infections, recoveries account for 30.06%, while deaths make up 6.9%, according to tracking website covidvisualizer.com.

Fatalities in the U.S., now up to 56,376, accounted for a quarter of all deaths worldwide.

Both statistical thresholds were overtaken as World Health Organization (WHO) chief Tedros Adhanom Ghebreyesus issued a warning earlier in the day, saying the pandemic is far from over.

His remarks came as many countries in the world are discussing toning down measures in a bid to revitalize their economies, including the U.S.

In a video news conference, the WHO chief expressed concern over the swelling trends in Africa, Eastern Europe, Latin America, and some Asian countries.

"Cases, and deaths are underreported in many countries in these regions because of low testing capacity," said Tedros.

He advised all the nations of the world to implement a comprehensive public health approach through finding, testing, contacting and tracing.