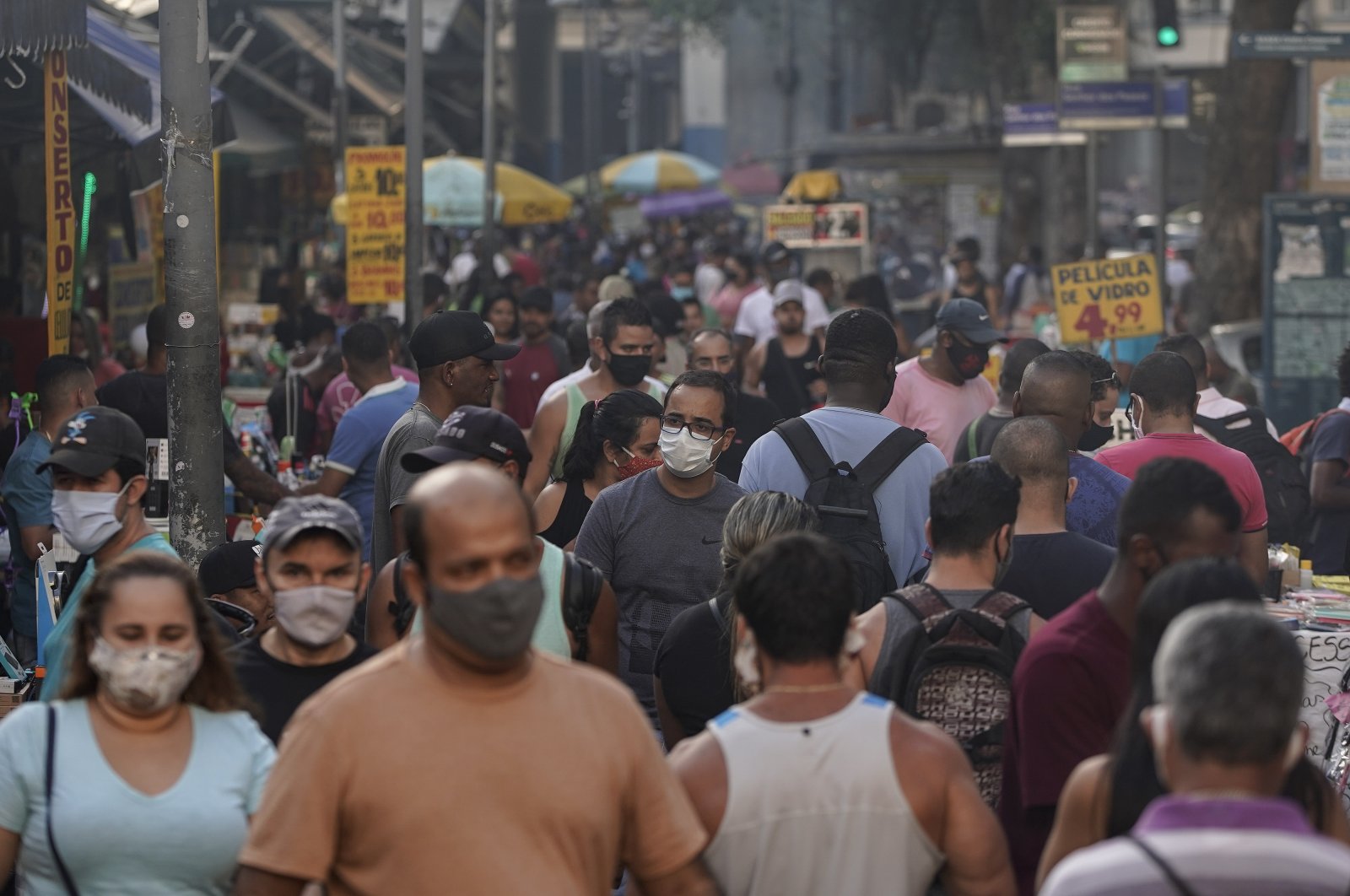 Increasing numbers of reported coronavirus infections worldwide spark fears of a second wave of the pandemic as most of the countries push ahead with relaxing restrictions on public gatherings, travel

Warnings mounted worldwide Friday over a resurgence of coronavirus cases globally as panic buying has rattled over increasing fears of a second wave of the outbreak.

More than 480,000 people worldwide have died from COVID-19 since it emerged in China late last year and cases are expected to reach 10 million across the globe within the next week. Countries have been balancing the need to reopen economies shattered by coronavirus shutdowns with the need to maintain sufficient measures to prevent a feared second wave.

In the United States, after hitting a two-month plateau, the rate of new cases is now soaring in southern and western states, with the confirmed infection rate nearing levels last seen in April. Over 20 million people may have been infected with the coronavirus in the U.S., according to a new estimate from the Centers for Disease Control.

Texas was among the most aggressive states in reopening in early June but has now been forced to halt its phased reopening. Arizona's 3,056 additional infections reported Thursday was the fourth day in a week with an increase of over 3,000.

Transmissions have spiked following Republican Gov. Doug Ducey’s decision to lift stay-home restrictions in May. Around 23% of tests conducted in the state over the past seven days have been positive, nearly triple the national average and a record 415 patients were on ventilators. The numbers "continue to go in the wrong direction," said Ducey, who confirmed that the state has postponed further efforts to reopen.

Another record daily increase in India on Friday pushed the country’s caseload toward half a million, and other countries with large populations like Indonesia, Pakistan and Mexico grappled with large caseloads and strained health care systems. South Africa, which accounts for about half of the infections on the African continent with 118,375, reported a record 6,579 new cases, as transmissions increase after it loosened what had been one of the world’s strictest lockdowns earlier this month.

In Europe, the official in charge of Spain’s response to COVID-19 says imported infections are a growing source of concern as the continent readies to welcome more visitors. Epidemiologist Fernando Simon said Thursday that 54 people, who had contracted the disease in the past week have been linked to recently arrived visitors in Spain. He suggested that controls should be strict and that regional and local governments should be ready to apply localized isolation to avoid spreading the disease.

The World Health Organization (WHO) warned on Thursday that Europe is not yet in the clear, saying 11 nations faced a "very significant resurgence that if left unchecked will push health systems to the brink once again."

While Europe is reporting a decreasing proportion of global cases than earlier in the year, the region continues to report close to 20,000 new cases and over 700 new deaths daily. Over 2.5 million cases of COVID-19 infections have been reported from Europe.

In Britain, which has the worst death toll in Europe so far with 43,230 lives lost, people were urged to abide by social distancing rules after tens of thousands of people descended on beaches during a heatwave. The seaside resort of Bournemouth declared a major incident on Thursday after thousands flocked to its beach on the hottest day of the year.

Ukraine meanwhile reported a record daily increase in coronavirus cases as authorities warned lockdowns may have to be reimposed if people continued to flout restrictions. Health authorities recorded 1,109 new coronavirus infections in the previous 24 hours, bringing Ukraine's total to more than 41,000.