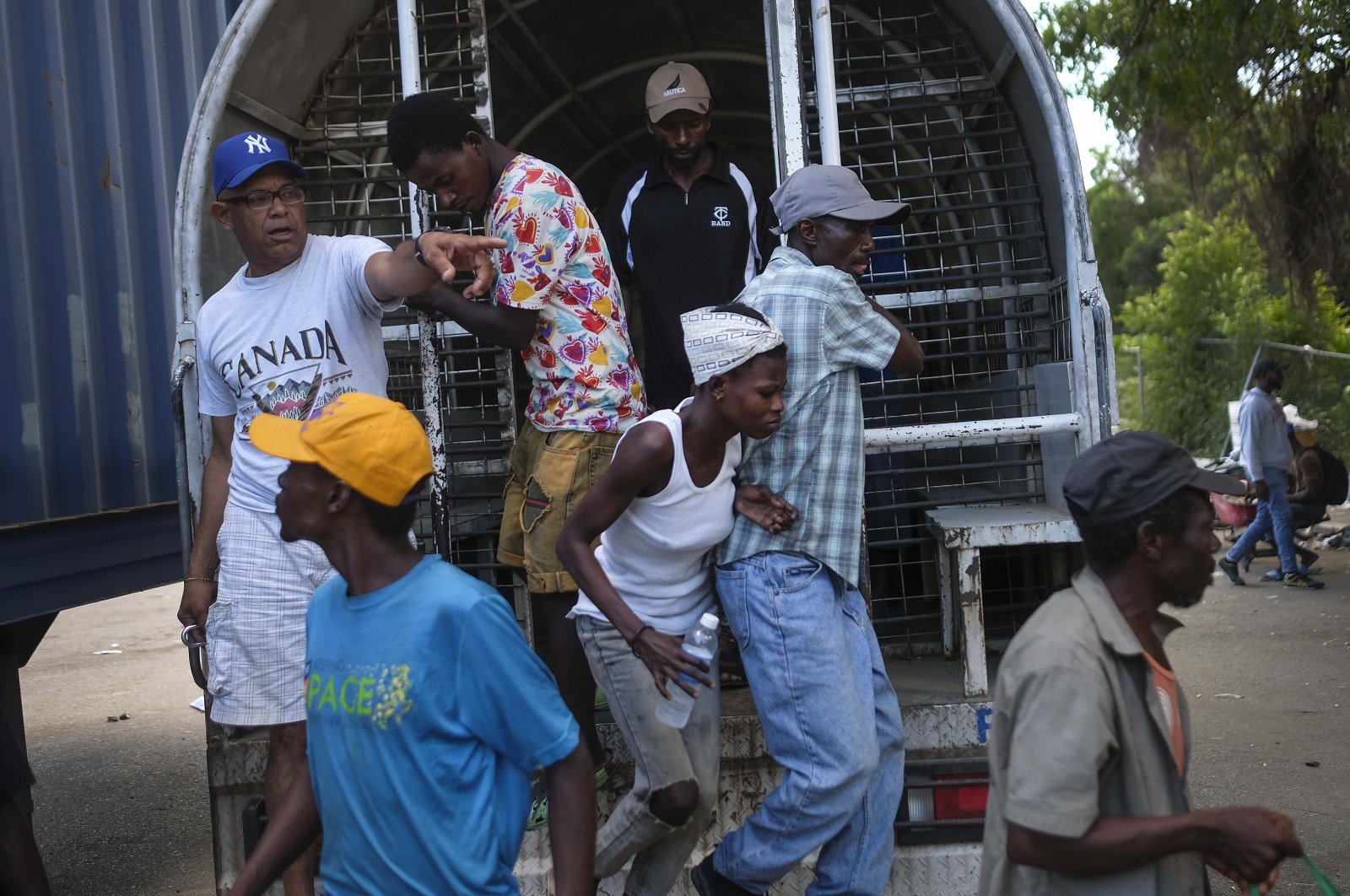 Amid an crackdown on Haitian migrants reportedly relying on racial profiling, authorities from the Dominican Republic are deporting both newcomers and individuals who have long lived in the country, activists warn.

Bien-Aime St. Clair frowned as the stream of older Haitian migrants pushed past him. Accused of living in the Dominican Republic illegally, they knew they had no choice but to go back across the border to Haiti.

But St. Clair, 18, hesitated. He shouted at an immigration agent.

“Boss! Hey! I don’t know anyone there,” he yelled in Spanish, motioning toward Haiti as he stood on the frontier that the two countries share on the island of Hispaniola.

St. Clair was a child when his mother brought him to the Dominican Republic, and though his life has been hard – his mom died when he was young, his father disappeared, and he was left alone to raise his disabled brother – it’s the only life he has known.

And now, he was being forced to leave, like more than 31,000 people deported by the Dominican Republic to Haiti this year, more than 12,000 of them in just the past three months – a huge spike, observers say. As the rest of the world closes its doors to Haitian migrants, the country that shares an island with Haiti also is cracking down in a way that human rights activists say hasn’t been seen in decades.

The increasing mistreatment of the country’s Haitians, they say, coincided with the rise of Luis Abinader, who took office as president in August 2020.

They accuse the government of targeting vulnerable populations, separating children from their parents and racial profiling – Haiti is overwhelmingly black, while the majority Dominicans identify as mixed race. Dominican authorities, they say, are not only seeking out Haitians who recently crossed illegally into the Dominican Republic, but also those who have long lived there.

“We’ve never seen this,” said William Charpantier, national coordinator for the nonprofit National Roundtable for Migration and Refugees. “The government is acting like we’re at war.”

They’ve arrested Haitians who crossed illegally into the Dominican Republic; Haitians whose Dominican work permits have expired; those born in the DR to Haitian parents but denied citizenship; even, activists say, Black Dominicans born to Dominican parents whom authorities mistake for Haitians.

Haitian officials and activists also say the government is violating laws and agreements by deporting pregnant women, separating children from parents and arresting people between 6 p.m. and 6 a.m.

Meanwhile, activists say hostility against Haitians is spiraling as Abinader unleashed a flurry of anti-Haitian actions.

He suspended a student-visa program for Haitians, prohibited companies from drawing more than 20% of their workforce from migrant workers and ordered Haitian migrants to register their whereabouts.

He announced an audit of some 220,000 people previously awarded immigration status to determine if they still qualify, and he warned that anyone who provides transportation or housing to undocumented migrants will be fined. And he suspended pension payments owed to hundreds of former sugarcane workers – most of them Haitian.

The measures follow Abinader’s announcement in February that his administration would build a multimillion-dollar, 118-mile (190-kilometer) wall along the Haitian border.

Haiti and the Dominican Republic have long had a wary and difficult relationship, stained by a 1937 massacre in which thousands of Haitians were killed under Dominican dictator Rafael Trujillo.

Racism and rejection of Haitians is still palpable, with Dominicans cursing them or making disparaging comments when they see them on the street.

Still, hundreds of thousands of Haitians were believed to live in the Dominican Republic, even before many fled Haiti in recent months in the wake of a presidential assassination, a 7.2 magnitude earthquake, a severe shortage of fuel and a spike in gang-related violence and kidnappings.

“We don’t come here to take over the country. We’re trying to survive,” said Gaetjens Thelusma of the nonprofit group We Will Save Haiti.

The government has repeatedly said it treats migrants humanely. Abinader recently told the United Nations that his country had borne the burden of dealing with the ripples of Haiti’s crises on its own, without much help from the rest of the world.

While his country has demonstrated solidarity and collaboration with Haiti and will keep doing so, he said, “I also reiterate that there is not and will never be a Dominican solution to the crisis in Haiti.”

His own ministers have referred darkly to Haitians as invaders: In early November, Jesús Vázquez, Dominican minister of the interior and police, inaugurated the first of several dozen offices where foreigners will be required to register.

He told reporters: “The main threat that the Dominican Republic faces nowadays is Haiti, and we are called upon to defend our homeland.”

The raids, deportations and mistreatment by the government have dissuaded some Haitians from crossing into the Dominican Republic, according to a human smuggler who only gave his first name as Luis Fernando.

He was born in Haiti but has lived in the Dominican Republic for 19 years. He paints and works in construction but also helps migrants cross illegally, paying Dominican officials anywhere from $35 to $90 to look the other way. In mid-November, he placed a group waiting to cross on hold.

“For now, it’s best that they stay over there. Until things cool down,” he said.

And yet, some still insist on making their way to the DR.

St. Clair, the teenager marooned in Dajabon, looked around as immigration officials who had detained him left and authorities prepared to close the border for the night. Gone was the stream of border crossers, the rumble of trucks and roar of motorcycles carrying plantains, onions and other goods.

Apologetic UNICEF workers had told him they couldn’t help – he turned 18 in October and was now considered an adult.

St. Clair began walking back toward the Dominican Republic. One concerned immigration official yelled after him, “Where are you going to sleep? You don’t have any money.”

St. Clair didn’t respond. As the sun set, he slipped past authorities, sneaked into the Dominican Republic and disappeared down a quiet street.