'Hundreds' of inmates escape Brazil prisons ahead of coronavirus lockdown 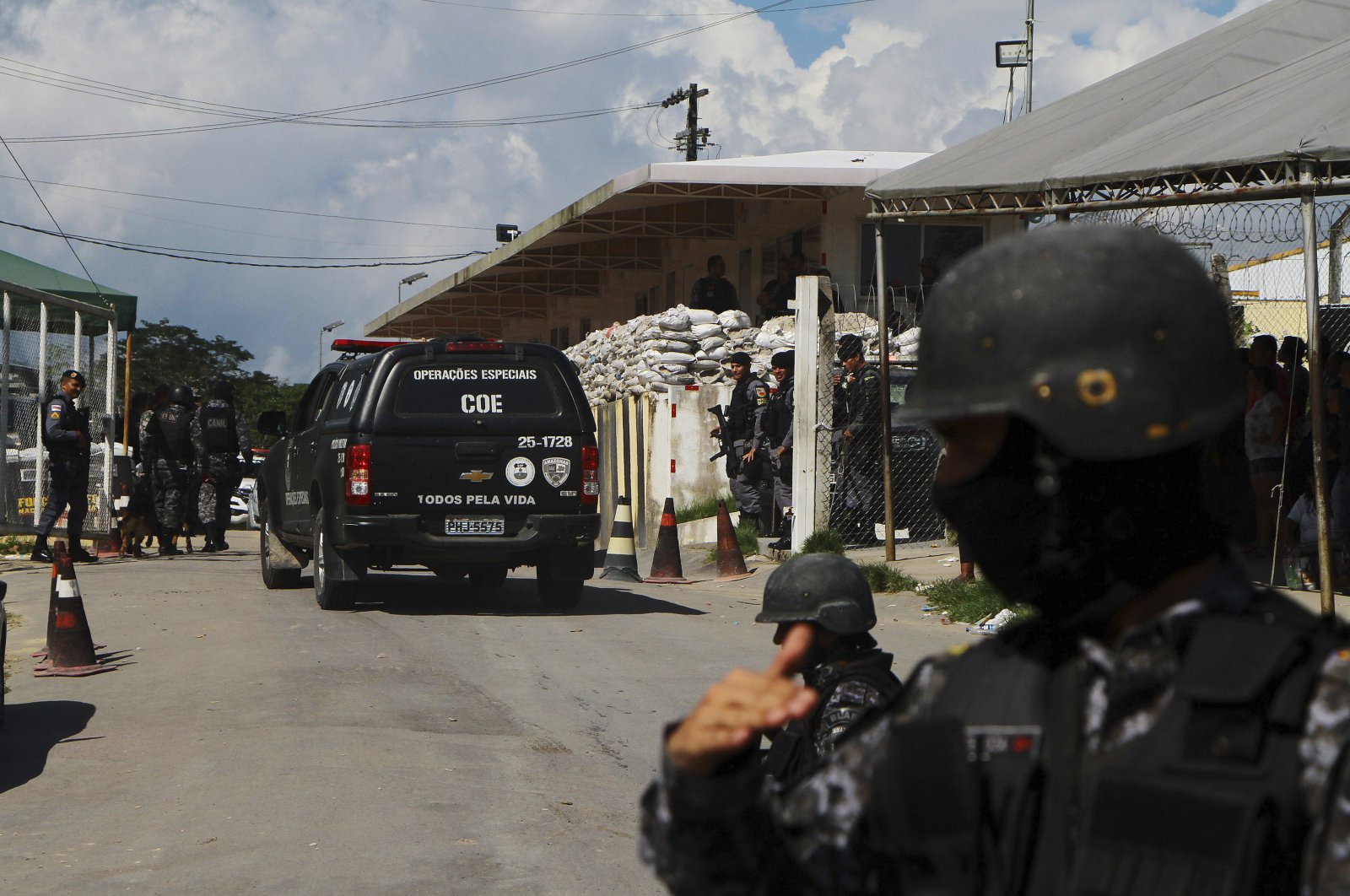 Police guard the entrance to the Anisio Jobim Prison Complex in Manaus in the northern state of Amazonas, Brazil, Sunday, May 26, 2019. (AP Photo)
by Compiled from Wire Services Mar 17, 2020 10:19 am
RECOMMENDED

Hundreds of inmates escaped from at least four prisons in the state of Sao Paulo after local officials canceled their temporary exits because of fears they could bring the new coronavirus back with them upon their return.

The Sao Paulo state prison authority said it could not say how many inmates had escaped as it was "still tallying the exact number of fugitives." Local media reported that as many as 1,000 had fled from four jails – Mongaguá, Tremembé, Porto Feliz and Mirandópolis – ahead of the lockdown.

A video on social media showed a long stream of prisoners purportedly fleeing a prison. Reuters was unable to verify the veracity or location of the video.

The Sao Paulo state prison authority said "acts of insubordination" had taken place at the jails ahead of the suspension of the day-release program.

The suspension was necessary, it added, since 34,000 convicts would be returning to jail and "would have a high potential to install and propagate the coronavirus in a vulnerable population, generating health risks for servers and custodians." It said law enforcement was "taking care of the situation."

In a statement Monday night they said that 174 inmates have already been recaptured.

Reports also say inmates were complaining about restrictions to visitations this weekend, also aimed at containing the virus.

Sao Paulo state is home to the First Capital Command, Brazil's most powerful prison gang, which is expanding quickly across the country and in neighboring nations. It traffics guns, drugs and other contraband.