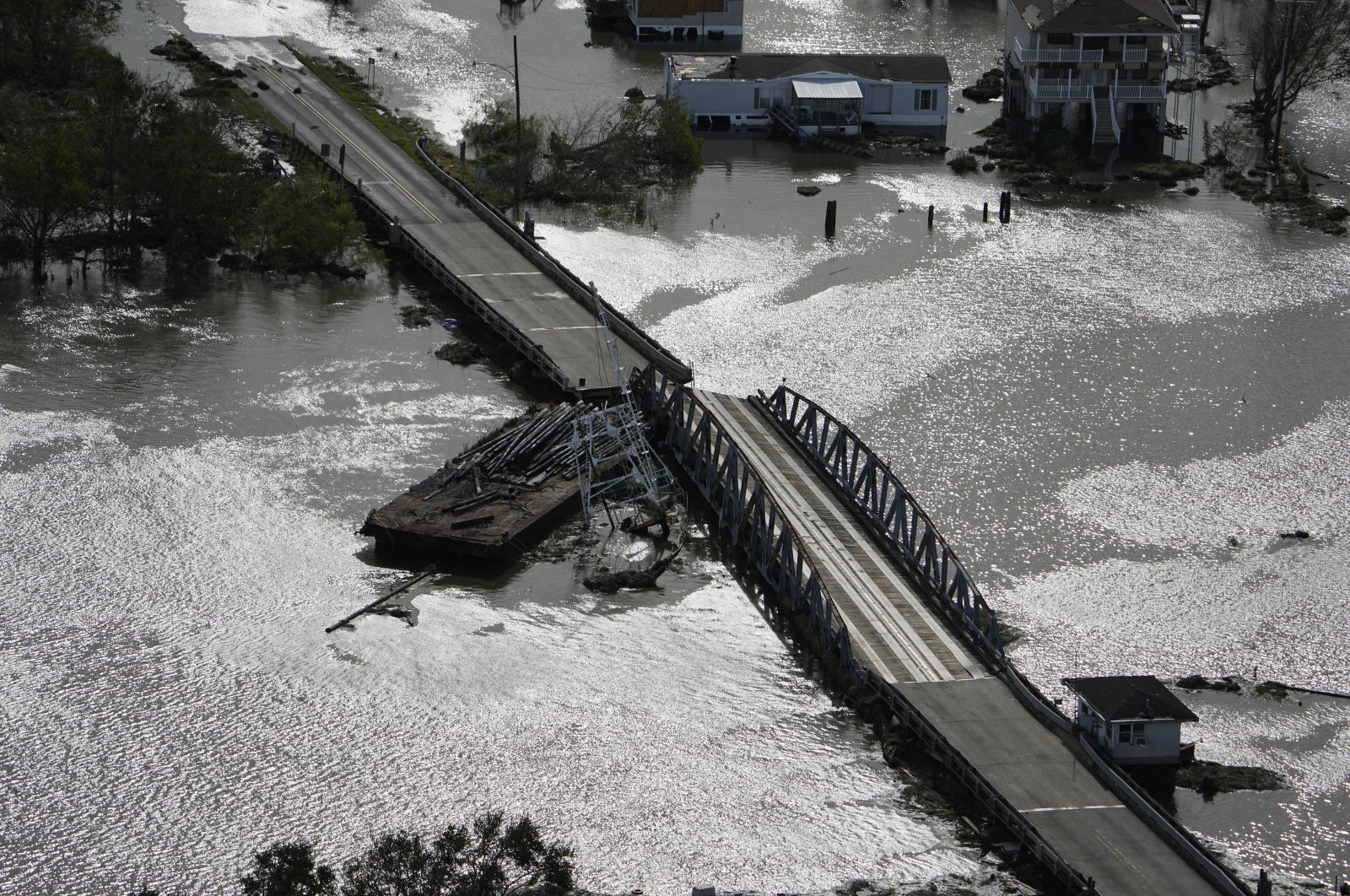 Louisiana officials have launched an investigation into the deaths of four nursing home residents who had been evacuated to a warehouse ahead of Hurricane Ida, as state residents struggling in the wake of the storm sought financial relief and other help amid small signs of recovery.

The nursing home residents who died were among hundreds of people from seven nursing homes taken to the warehouse in Independence, where conditions became unhealthy and unsafe after the hurricane struck on Sunday, state health officials said.

A coroner classified three of the deaths as storm-related. Health officials received reports of people lying on mattresses on the floor, not being fed or changed and not being socially distanced to prevent the spread of the coronavirus, which is currently ravaging the state, Louisiana Department of Health spokesperson Aly Neel said.

When a large team of state health inspectors showed up on Tuesday to investigate the warehouse, the owner of the nursing homes demanded that they leave immediately, Neel said. Neel identified the owner as Bob Dean. Dean did not immediately respond Thursday to a telephone message left by The Associated Press (AP) at a number listed for him.

Louisiana Gov. John Bel Edwards promised a full investigation into whether the owner "failed to keep residents safe and whether he intentionally obstructed efforts to check in on them and determine what the conditions were in the shelter.” And he vowed "aggressive legal action” if warranted.

Meanwhile, President Joe Biden was scheduled to visit Louisiana on Friday to survey the damage after promising full federal support to Gulf Coast states and the Northeast, where the remnants of Ida dumped record-breaking rain and killed at least 46 people from Maryland to Connecticut. At least 13 deaths were blamed on the storm in Louisiana, Mississippi and Alabama, including the three nursing home residents and two 19-year-old utility employees who were electrocuted Tuesday as they were restoring power near Birmingham, Alabama.

Authorities blamed several other deaths on carbon monoxide poisoning. About 900,000 people in Louisiana, including much of New Orleans, remained without power and tens of thousands had no water in the midst of a sultry stretch of summer. Efforts continued to drain flooded communities, and lines for gas stretched for blocks in many places from New Orleans to Baton Rouge.

Edwards said more than 220,000 people have already registered for the Federal Emergency Management Agency (FEMA) assistance and 22,000 have applied for a federal program to place tarps on damaged roofs. About 72,000 "blue roofs” – tarps to protect protect homes with damaged roofs – may be needed across Louisiana, federal officials said.

"I know that people are anxious and tired,” Edwards said Thursday. "I know they’re hot. And the tempers can flare when they’re waiting in those long gas lines. I’m asking people to be patient.” But there were also glimmers of hope. Commercial flights resumed in New Orleans and power returned to parts of the business district Thursday, four days after Hurricane Ida slammed into the Gulf Coast with 150 mph (230 kph) winds that tied it for the fifth-strongest hurricane ever to strike the mainland U.S. Louisiana officials also reported a big drop late Thursday in the number of customers with no running water: 185,000, compared to more than 600,000 the day before.

Some of New Orleans’ hospitals have seen their regular power supply restored, said Dr. Jennifer Avegno, director of the New Orleans Health Department. A senior center has been converted to a place for residents to receive limited health care, she added at a Thursday briefing.

That coincides with the state’s overall declining case numbers. Power should be restored to most customers around Baton Rouge area by Sept. 8. after workers finish assessing damage, Entergy Louisiana President Philip May said Thursday. Damage assessments are not as far along in the harder-hit regions, so Entergy said it has no timetable for getting service to those areas, which include New Orleans.

Biden ordered the release of extra fuel from the nation’s Strategic Petroleum Reserve to ensure a steady supply. He said he would also provide utilities with satellite images to help restore power.