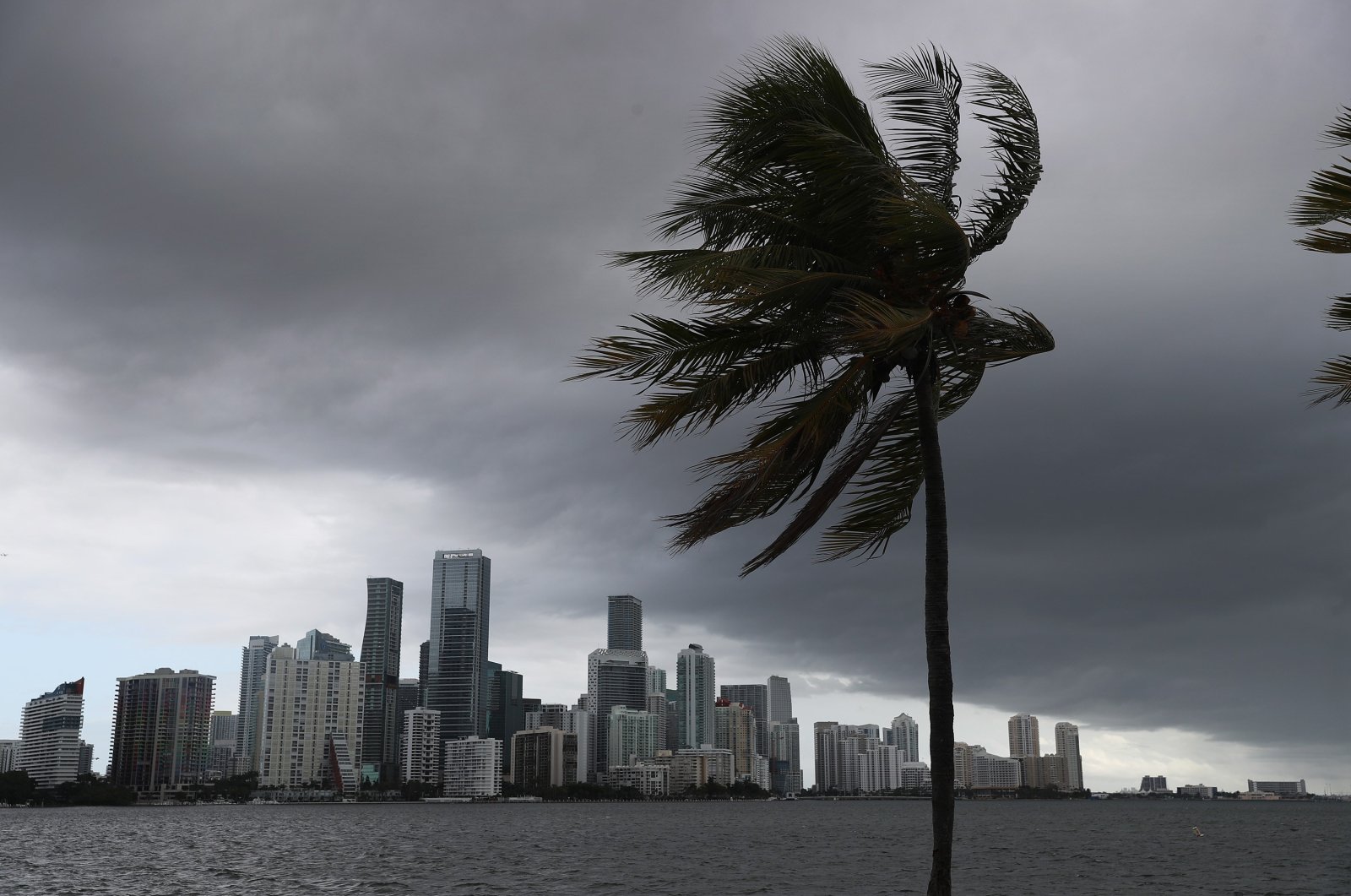 Hurricane Isaias dumped torrential rain on the Bahamas Saturday as it rumbled toward Florida – the first big test for the storm-prone U.S. state reeling from a coronavirus crisis.

The category one storm was expected to unleash up to eight inches (20 centimeters) of rain on the islands before directing its fury at the U.S.

As of 12 p.m. GMT, Isaias was packing maximum sustained winds of up to 85 miles (136 kilometers) an hour and was located over the northwestern Bahamas.

"The latest projections have Isaias coming very close to the east coast of Florida as a category one hurricane later this evening and into tomorrow," Governor Ron DeSantis said.

"The most important thing we want people to do now is to remain vigilant."

The storm slowed down as it went over the Bahamas, moving at only about 12 miles an hour.

"Hurricane conditions are expected along portions of the Florida east coast late Saturday," the Miami-based National Hurricane Center said, adding a "dangerous storm surge" was possible in some areas.

In the Bahamas, the deputy director of the country's meteorology department, Jeffrey Simmons, told The Nassau Guardian "the worst part" of the storm came to New Providence, the most populous island, early Saturday.

It is the archipelago's first hurricane since Dorian, a maximum strength category 5 storm last year that devastated two islands, pummeling them for three days.

Prime Minister Hubert Minnis relaxed strict virus-related stay-at-home orders to allow residents to prepare for the storm, but urged them not to use the time for "socializing."

"Very much in flux"

To the north in Florida, residents rushed to stock up on essentials before the storm, the ninth named storm of the Atlantic season and the second hurricane.

The storm's slight turn offshore may spare the state the worst.

"This stuff is all very much in flux," DeSantis said while insisting: "The state of Florida is fully prepared for this."

While the governor did not expect many storm-based evacuations – which would be difficult given that shelters are usually crowded and social distancing would be hard – he said hospitals could be forced to move some patients, depending on power outages and flash flooding.

Isaias is seen as a major test for emergency systems in Florida, one of the U.S. states hardest hit by the coronavirus crisis.

Only California, with almost double Florida's population of about 21 million people, has registered more cases.

On Friday, Florida reported another 257 deaths, setting a new state record and pushing its virus death toll to 6,843.

Florida's coronavirus testing centers were closed Thursday and will not reopen until they get the all-clear after the storm.

The state's emergency management division explained that the testing centers are housed in tents and could not withstand tropical force winds.

Isaias left a shambles in Puerto Rico, downing trees and electric lines and inundating houses as it cut a path through the island on Thursday.

And in the Dominican Republic, locals were cleaning up after the Magua river broke its banks due to the storm surge.