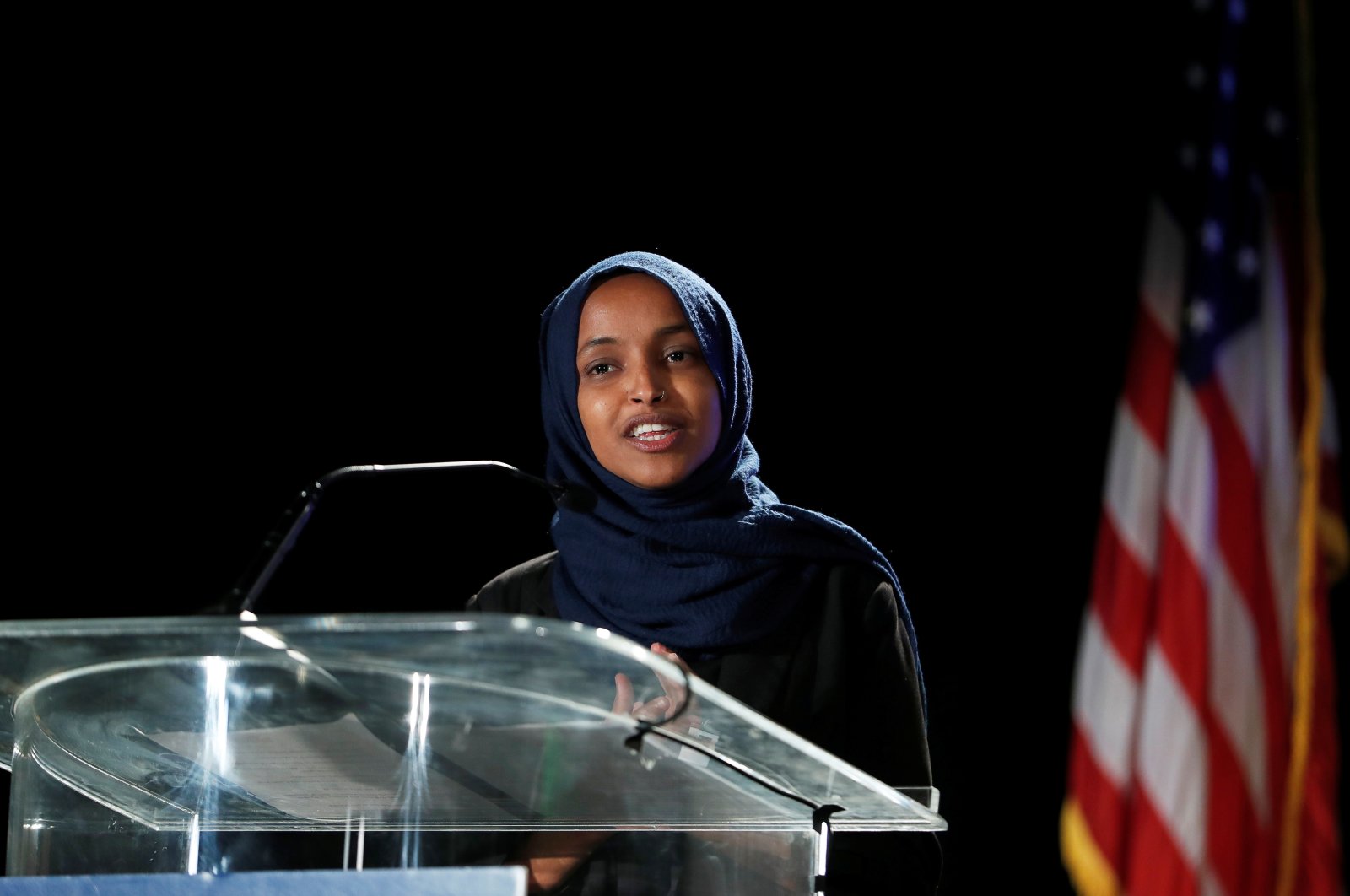 Rep. Ilhan Omar, one of the first Muslim female members of U.S. Congress, has secured a second term in the House after defeating her Republican challenger, African American businessman Lacy Johnson.

She won nearly 64.6% of the votes, compared to Johnson's 25.9% in the heavily Democratic fifth district of Minnesota.

Omar, an immigrant from Somalia, was elected to the U.S. House of Representatives in November 2018. In April 2019, she said she faced increased death threats after President Donald Trump spread a video that purports to show her being dismissive of the Sept. 11, 2001, terrorist attacks. She also became embroiled in controversy following her remarks criticizing Israel's influence on U.S. foreign policy.

Omar is part of a group of like-minded congresswomen known as "The Squad," who are admired on the left for challenging the Washington status quo since taking office in January 2019.

AOC raised more than $17 million for her second congressional campaign, making it the second most expensive House race in the country even though her primary win all but guaranteed her House seat was safe.

"Our sisterhood is resilient," Omar tweeted alongside pictures of all four women as she celebrated her victory.

Pressley called her successful reelection bid a win for "our shared humanity." "We have organized. We have mobilized. We have legislated our values," she said. "I believe in the power of us. And we're just getting started."

Ocasio-Cortez in particular has been the target of near-constant Republican ire, while also endorsing leftists who take on members of the Democratic party's old guard. The former organizer for Bernie Sanders, the long-time Democratic socialist senator from Vermont, rose to prominence thanks to her relaxed social media personality and willingness to shake things up on Capitol Hill.

She's been floated as a potential future challenger to New York's Democratic Senators Chuck Schumer and Kirsten Gillibrand, or a primary opponent against New York's centrist Democratic Governor Andrew Cuomo in 2022. Many of her supporters have also urged Ocasio-Cortez to consider a presidential run. Her first year of eligibility for the White House, the minimum age is 35, would be in 2024.