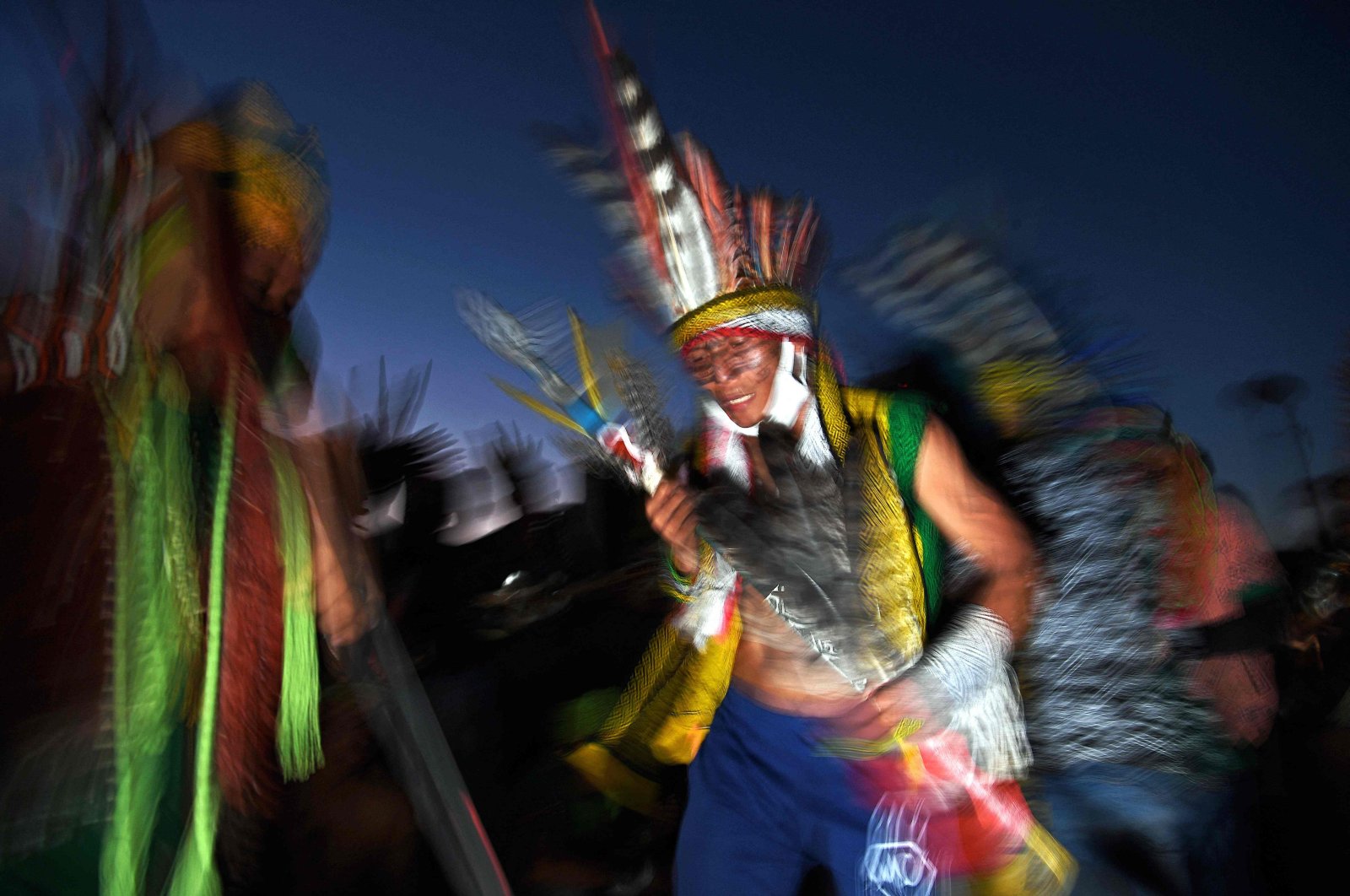 With feather headdresses, grass skirts and body paint, hundreds of Indigenous demonstrators camped out in Brasilia Monday to protest President Jair Bolsonaro's policies and an initiative that could take away their ancestral lands.

Pounding wooden tent poles into the ground, the protesters set up the "Fight for Life" camp outside the seat of power in the Brazilian capital, near the trio of modernist buildings housing the presidency, Congress and the Supreme Court.

Convened by the Association of Indigenous Peoples of Brazil (APIB), the protest camp, which opened Sunday, will hold a week of demonstrations and other activities against what organizers call Bolsonaro's "anti-Indigenous agenda," seeking to exert pressure ahead of a crucial Supreme Court ruling on native lands.

Indigenous groups in Brazil accuse the far-right president of systematically attacking their rights and trying to open their lands to agribusiness and mining interests.

The tension has peaked with a Supreme Court case opening Wednesday on the issue of how those lands are protected.

The agribusiness lobby argues Brazil's constitutional protection of Indigenous lands should only apply to those whose inhabitants were present in 1988, when the current constitution was adopted.

However, Indigenous rights activists say native inhabitants were often forced off their ancestral lands, including by the 1964-1985 military dictatorship that preceded the current constitution.

Having now returned, they should have the right to benefit from the protected status of official reservations, their lawyers will argue before the court.

The case centers on a reservation in the southern state of Santa Catarina, but will set a legal precedent for similar cases throughout Brazil.

The ruling could also deflate a bill before Congress that would enshrine the 1988 "time-frame argument" in law.

That bill, which passed a lower-house committee vote in June and is now due to come before the full Congress, is one of several legislative initiatives that Indigenous activists and environmentalists say Bolsonaro and his allies are trying to use to further the advance of agriculture and industry into Brazil's rapidly disappearing forests, including the crucial Amazon rainforest.

"It's a very important case at a time when we are seeing numerous setbacks in terms of Indigenous rights," Juliana de Paula Batista, a lawyer with the Socio-Environmental Institute (ISA), told Agence France-Presse (AFP).