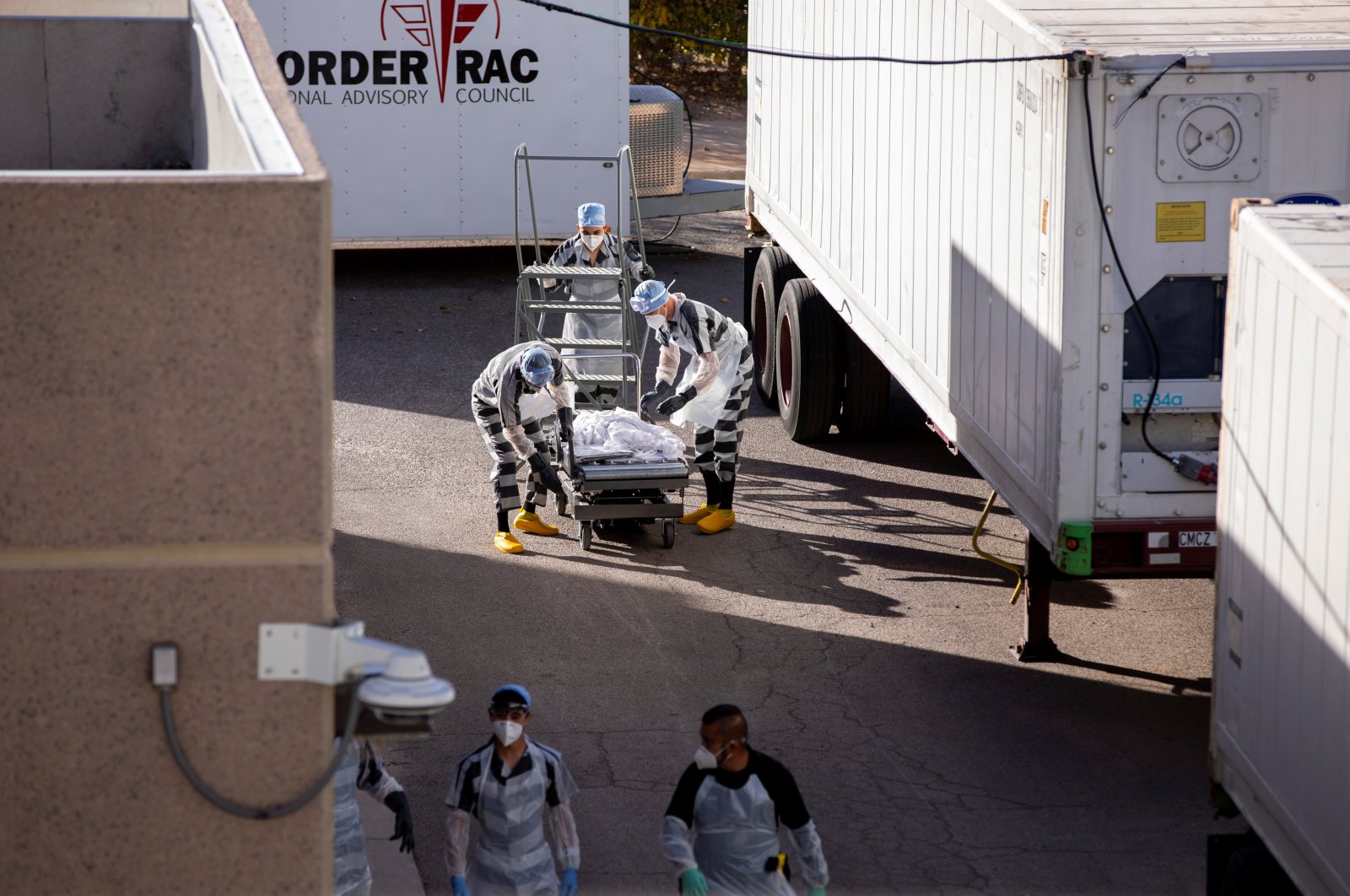 Shocking footage surfaced on Monday showing inmates in the U.S. state of Texas moving the corpses of coronavirus patients to refrigerated trailers deployed amid a surge in infections for $2 an hour, prompting major backlash on social media.

According to media reports, Texas inmates from the county detention center were brought in to help with overcrowded bodies awaiting autopsy at the El Paso morgue, which is overwhelmed by the number of people dying from COVID-19.

Although the work these prisoners do in the community is usually unpaid, Chris Acosta, spokesperson for the El Paso County Sheriff's Office, said that "the trustees refused to work unless they were compensated."

Acosta said that prisoners started their shifts Monday and are making $2 per hour. Every day from 8 a.m. to 4 p.m. they assist health workers at the El Paso morgue to transport the bodies of people who have succumbed to COVID-19. He added that the individuals doing the work are misdemeanor offenders and those in minimum custody.

He assured that it was a temporary, necessary measure as the county awaits the arrival of the National Guard.

Texas became the first U.S. state to surpass 1 million confirmed COVID-19 cases this week. El Paso Country reported more than 22,000 new cases in the last two weeks, with the nation's top health officials warning that the state could be entering the darkest days of the pandemic.

According to The Associated Press (AP), more than 11 million cases of COVID-19 have now been reported across the United States, with the most recent million coming in less than a week. Johns Hopkins University’s COVID-19 tracker reached 11 million on Sunday after it had topped 10 million cases on Nov. 9. It took 300 days for the U.S. to hit the 11 million mark since the first case was diagnosed in Washington state on Jan. 20.

COVID-19 is spreading more rapidly across the U.S. than it has at any time since the pandemic started. Deaths are also on the rise, though not at the record high numbers reached in the spring.

The seven-day rolling average for daily new deaths was more than 1,080 as of Saturday, more than 30% higher than it was two weeks earlier. COVID-19 has now killed more than 246,000 people in the U.S., according to Johns Hopkins.