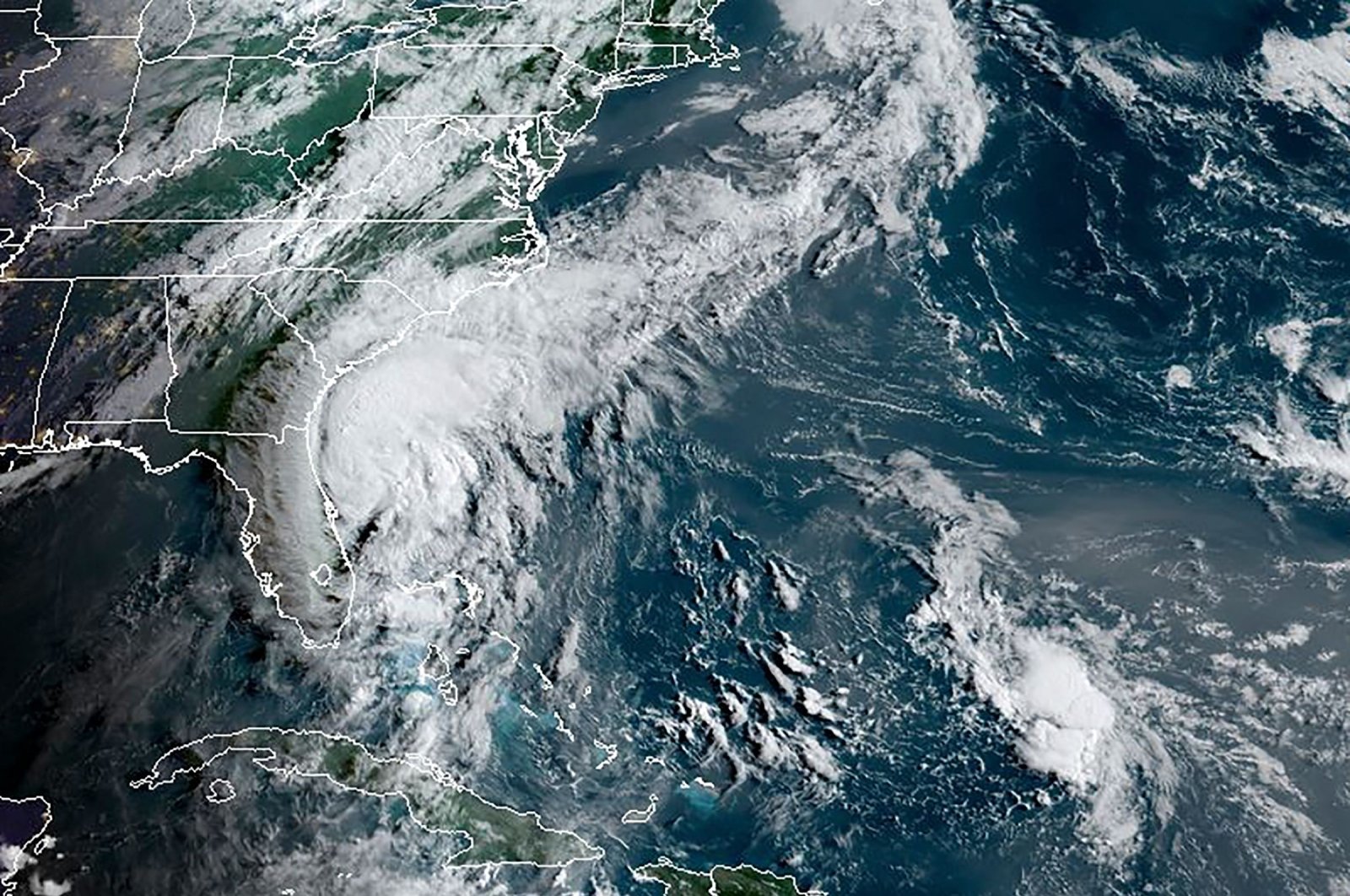 Tropical storm Isaias is seen off the southeast coast of the U.S. in the Atlantic Ocean in this RAMMB/NOAA satellite image obtained Aug. 3, 2020. (RAMMB/NOAA handout via AFP)
by REUTERS
Aug 03, 2020 5:23 pm

Tropical Storm Isaias is expected to regain its hurricane strength on Monday as it moves up the East Coast of the United States and could make landfall in North Carolina or South Carolina by Monday night, the National Hurricane Center said.

The forecast path showed the storm would continue churning up the coast and possibly soaking major cities such as Washington, Philadelphia and New York on Tuesday before moving into New England.

"Isaias is forecast to regain hurricane strength before it reaches the coast of northeastern South Carolina or southern North Carolina tonight. Slow weakening is forecast after Isaias makes landfall in the Carolinas and moves across the U.S. mid-Atlantic region tonight and Tuesday," the hurricane center said in an advisory.

The storm mostly spared the Florida coast on Sunday but still provoked hurricane and storm surge warnings on Monday for much of the South Carolina and North Carolina coastline.

Tropical storm warnings were issued further north including parts of the Chesapeake Bay and the Tidal Potomac River not far from Washington, D.C.

Isaias did not affect the return home on Sunday of two NASA astronauts, who rode to the International Space Station aboard SpaceX's new Crew Dragon.

They splashed down in the capsule in the Gulf of Mexico after a two-month voyage that was NASA's first crewed mission from home soil in nine years.

Isaias caused at least two deaths in the Dominican Republic and knocked out power for thousands of homes and businesses in Puerto Rico, according to media reports.