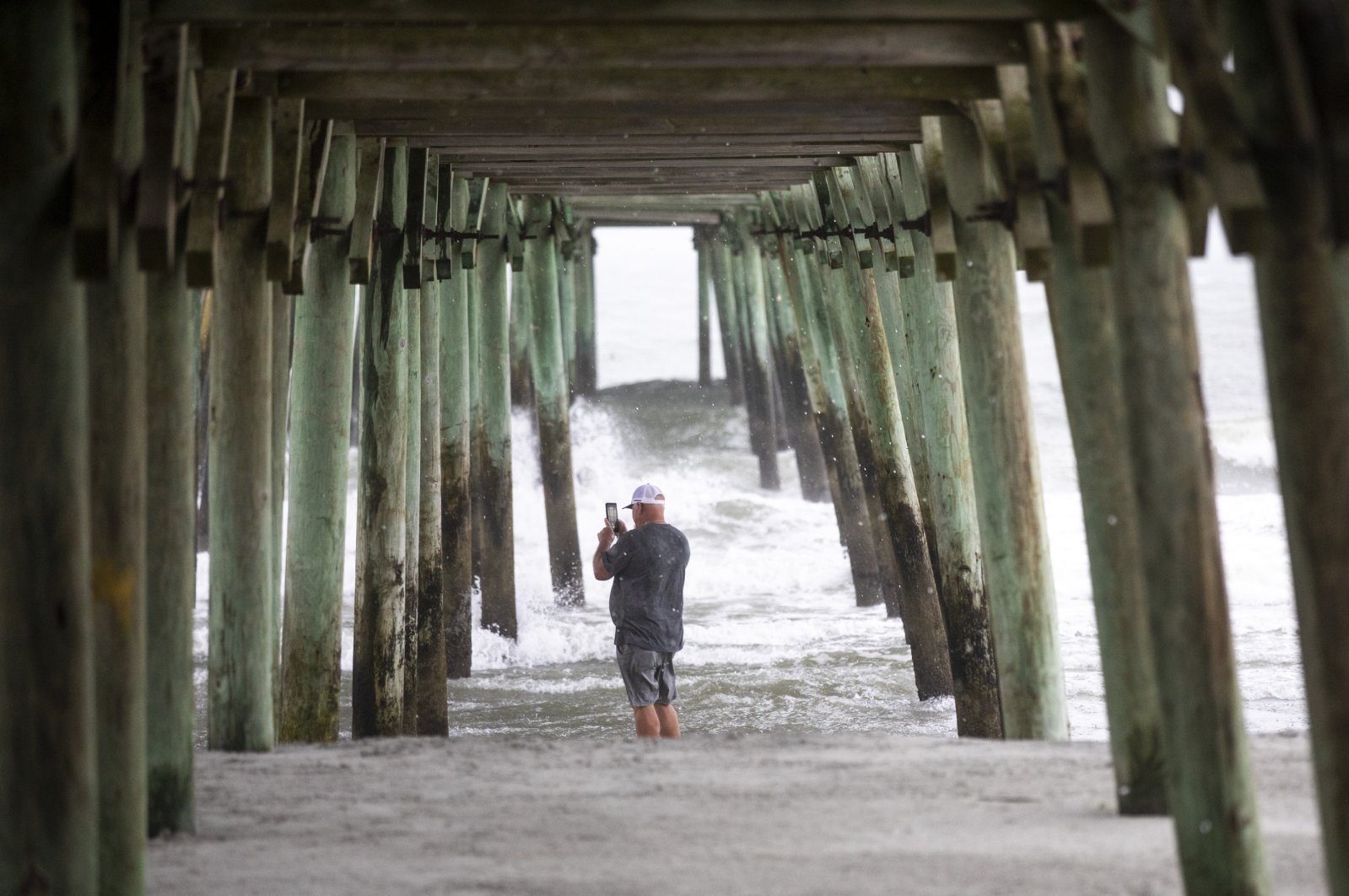 The Category 1 hurricane, packing sustained winds of 85 miles per hour (140 kilometers per hour), made landfall in the southern part of the state near Ocean Isle Beach at 11:10 pm (0310 GMT Tuesday), the National Hurricane Center said.

It said storm surges could generate inundations three to five feet (1 to 1.5 meters) above ground level.

The storm was forecast to track up the East Coast, with heavy rainfall expected to cause flash flooding through the mid-Atlantic states and bringing storm-force winds to Washington, Philadelphia and New York on Tuesday.

According to the NHC, a tropical storm warning was in effect from Surf City, North Carolina up to Eastport, Maine.

A tornado watch was in effect for 30 counties in North Carolina, according to the National Weather Service office in Raleigh.

People along the border between North and South Carolina were experiencing power outages and flooding, according to local media.

Power company Duke Energy said there had been more than 1,000 outages in the Wilmington area of North Carolina.

Santee Cooper, South Carolina's state-owned utilities company, said more than 6,000 customers had been without power at one point.

Residents in flood-prone areas "should take all necessary actions to protect life and property from rising water and the potential for other dangerous conditions," the National Hurricane Center said.

"Preparations to protect life and property should be rushed to completion," it added.

"Everyone needs to remain vigilant," he warned during a news conference.

New Jersey Governor Phil Murphy declared a statewide state of emergency ahead of Isaias's arrival, warning residents to stay off the roads in stormy conditions.

The Carolinas have seen a recent surge in coronavirus cases as the U.S. struggles to curb the spread of the illness.

"We in North Carolina mostly know what to do," the state's governor, Roy Cooper, said Sunday.

"You pack your emergency kit, follow local evacuation orders, stay in a safe place and never drive through flooded roadways.

"But this time, pack your masks and hand sanitizers in your kit and remember to social distance."

Up to 150 National Guard soldiers had been activated to help prepare for the storm and assist in the aftermath, if necessary, Cooper said.

The storm was earlier downgraded from a Category 1 hurricane after brushing past Florida, leaving the state relatively unscathed, but it picked up strength as it approached the Carolinas.

It earlier dumped torrential rain on the Bahamas, felling trees and flooding streets, before emergency management officials on Sunday gave the "all clear" for the country.

At least one person died in Puerto Rico and the storm also lashed Haiti and the Dominican Republic.