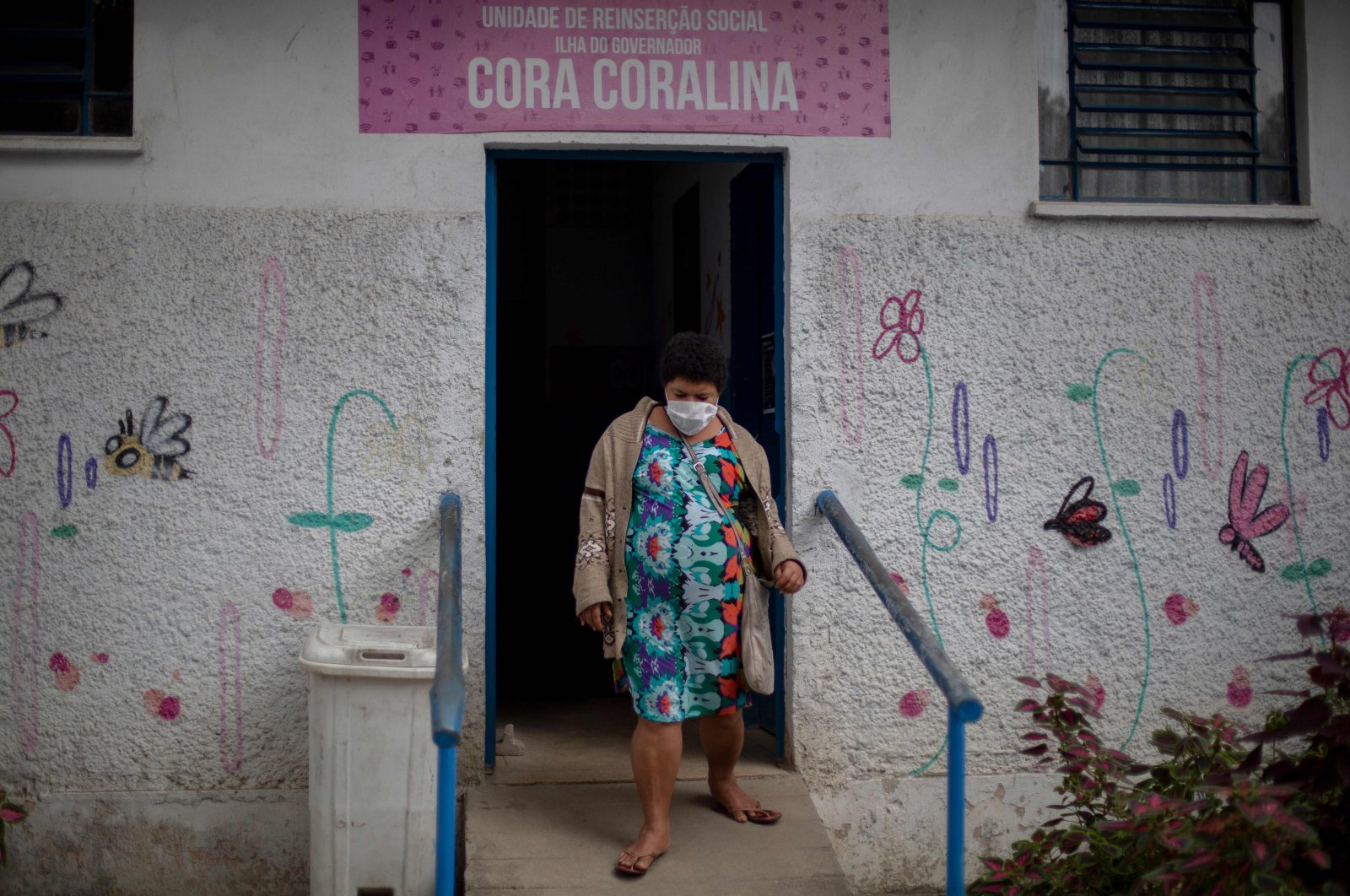 A resident of the public shelter goes out of a dormitory while Brazil's Armed Forces soldiers disinfect the place at the Ilha do Governador neighborhood, Rio de Janeiro, May 14, 2020. (AFP Photo)
by DAILY SABAH WITH AGENCIES
May 20, 2020 1:13 pm

As the COVID-19 outbreak exacted its worst daily toll yet in hard-hit Brazil, African countries are feeling the mounting economic and social pressure of the pandemic amid rising rates of extreme poverty

As the curve for the COVID-19 pandemic flattens or falls in many parts of the world, the coronavirus outbreak continues to surge across Latin America and Africa. With infections rapidly approaching 5 million, deaths topping 320,000 and the global economy devastated, there are fears that the worst is yet to come for poorer parts of the world as they desperately try to contain the spread of the virus.

Brazil registered 1,179 coronavirus deaths in the past 24 hours, the health ministry said Tuesday, as the pandemic exacted its worst daily death toll yet in the hardest-hit Latin American country. The overall death toll in Brazil now stands at 17,971, the ministry said. This was the first time the daily toll exceeded 1,000. New infections in the past 24 hours totaled 17,408, bringing the total to 271,628, the third-highest in the world after the United States and Russia. The pandemic appears to be gaining pace rapidly in Brazil, and experts say the peak there is not expected until early June.

The coronavirus surge in Latin America has forced some areas to suspend their plans to loosen restrictions, with Argentina's second city Cordoba rolling back plans to ease a lockdown because of a spike in infections. There have been warnings about the impact of the pandemic on the least privileged communities, and World Bank chief David Malpass said Tuesday that up to 60 million people could be "pushed into extreme poverty."

In a worrying illustration of the mounting economic pressure, Chile, which is also suffering from a sharp rise in cases, deployed soldiers on the outskirts of its locked-down capital Santiago after clashes with protesters angry about food shortages and job losses.

Across the Atlantic, the U.N. secretary-general is warning that the coronavirus pandemic threatens Africa’s progress and could push millions into extreme poverty. Antonio Guterres said in a video message Wednesday launching a policy briefing on “The Impact of COVID-19 in Africa” that countries on the continent have responded swiftly to the crisis, “and as of now reported cases are lower than feared.” But the U.N. chief said “much hangs in the balance,” and he called for “international action to strengthen Africa’s health systems, maintain food supplies, avoid a financial crisis, support education, protect jobs, keep households and businesses afloat, and cushion the continent against lost income and export earnings.”

More than 91,500 people in Africa have contracted the novel coronavirus, according to a Wednesday update by the Africa Centers for Disease Control and Prevention (CDC). According to the data, some 2,900 people, half of whom are in North Africa, have died of virus-related complications. Recoveries across the continent tallied around 35,800 so far, it said.