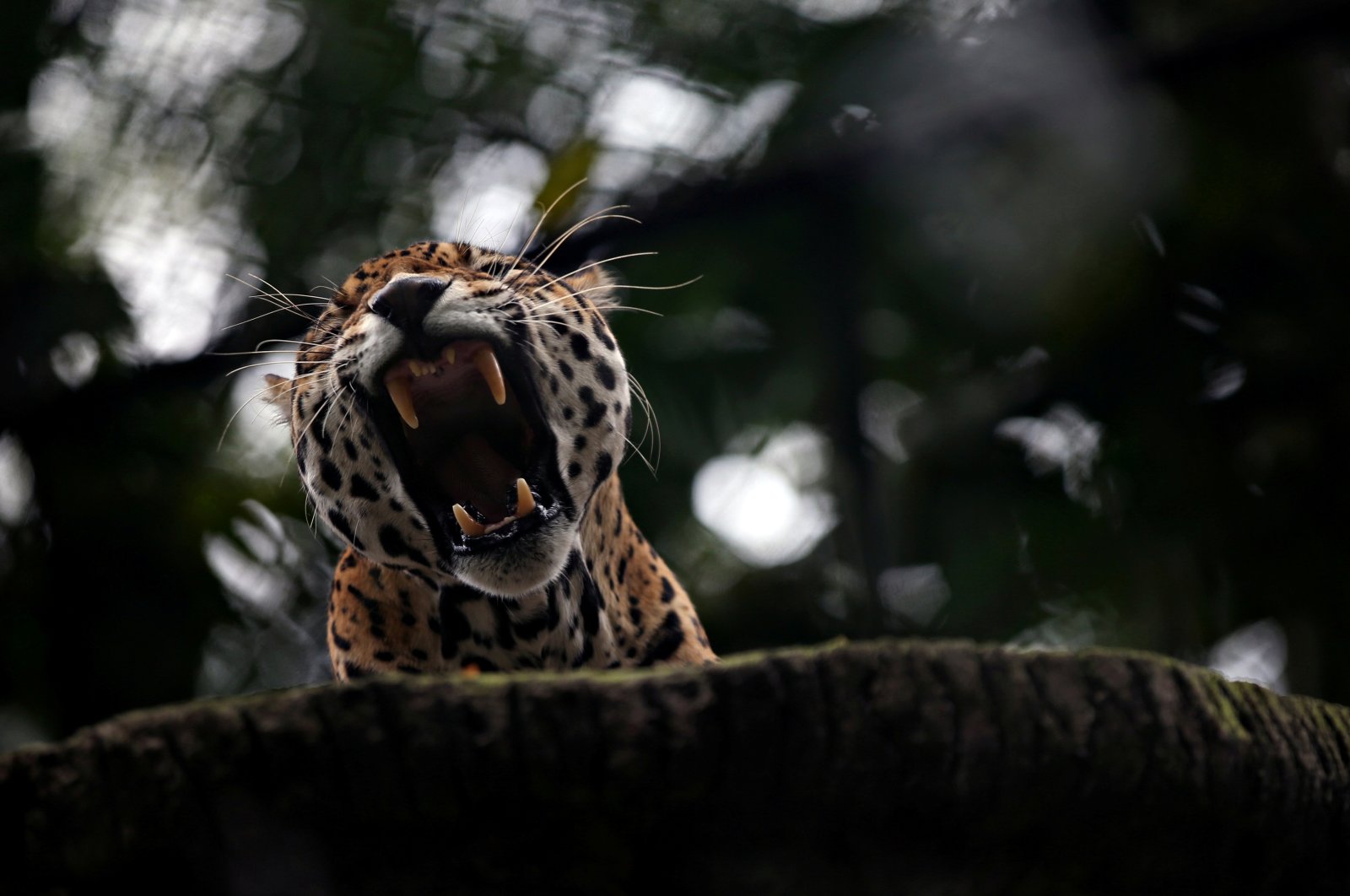 A jaguar yawns inside a cage at Santa Cruz Zoo, amid the outbreak of coronavirus disease in San Antonio del Tequendama, Colombia, April 8, 2020. (Reuters Photo)
by REUTERS Nov 05, 2020 4:19 pm
RECOMMENDED

Criminal organizations in Bolivia and other Latin American countries are bribing police and circumventing customs restrictions to smuggle parts of jaguars to mainland China, an investigation by environmental groups showed Thursday.

Seventy-five intelligence sources across Latin America, including traffickers, confirmed in a report commissioned by the International Union for Conservation of Nature (IUCN) in the Netherlands that criminals operate established routes and sometimes bribe high-ranking police officers to look the other way.

Jaguars, Latin America's biggest cat, are classified on the IUCN's red list as near-threatened. The felines are targeted by traffickers looking to sell their bones, genitals and teeth to clients in Asia, most of whom are Chinese.

"The jaguar is a very important species to protect," Angela Nunez, an independent consultant in Bolivia and one of the authors of the report told Reuters. "It's key within the ecosystems it lives in, it's a species that regulates the other species that live alongside it."

Investigations for the report were conducted by Earth League International (ELI), a group that uses intelligence-gathering techniques like those employed by government spy agencies to track wildlife crime.

Top traders of jaguar parts in Bolivia supply to sellers in China or have links with China-based wholesalers or stockists, according to ELI's findings.

Jaguar parts in China are passed off as tiger products and sold for their reputed medicinal properties. Fangs, also sold as tiger teeth, go for up to 10 times their value in South America, the report said.

Many jaguar parts are trafficked by plane, but international shipping and postal services have also been used.

The current whereabouts of hundreds of fangs seized in Bolivia between 2014 and 2019 are unknown, investigators said. Bolivian authorities did not respond to Reuters' questions about the fangs' whereabouts.

No jaguar parts have been seized since January 2019, with new trafficking routes and methodologies likely playing a role, the report added.

"We don't even know the true extent (of trafficking)," said Valeria Boron, South America science and research coordinator for Panthera, the global wild cat conservation organization. Panthera was not involved in the report.

"The numbers in Bolivia point to hundreds of jaguar fangs being confiscated in the last few years and that's really only the tip of the iceberg," she added.