Laura lashes Cuba, expected to hit US as hurricane 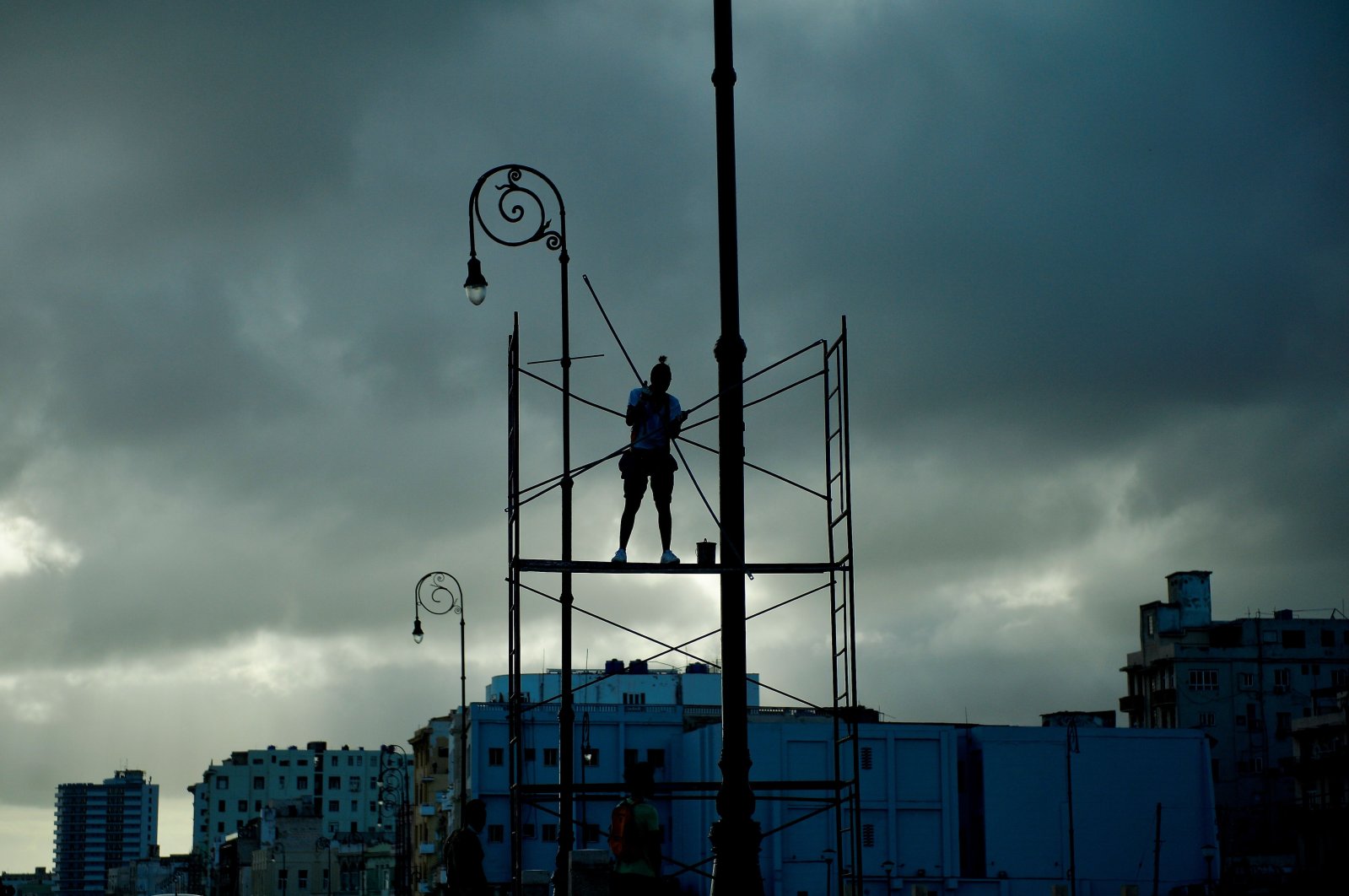 Tropical Storm Laura brushed Cuba's southern coast Monday on its way to the U.S., where officials predicted it would worsen to a hurricane ahead of its landfall after leaving 13 people dead as it ripped through the Caribbean.

"Gradual strengthening is expected, and Laura is forecast to become a hurricane by early Tuesday," the U.S. National Hurricane Center said, predicting it would make landfall in Louisiana later in the week.

Meanwhile, another tropical storm, Marco, began falling apart Monday, easing one threat to the Gulf Coast. The two-storm combination could bring a history-making onslaught of wind and coastal flooding from Texas to Alabama, forecasters said.

Winds gusting to 146 kilometers per hour (90 miles per hour) hit the east of the island in the early hours, and waves of more than 3 meters (10 feet) high battered the Maisi area of Guantanamo province.

Cuban authorities had evacuated at least 160,000 people as a precaution in the provinces of Guantanamo, Santiago de Cuba, Granma and Camaguey. Laura was expected to pass near the capital Havana on Monday afternoon before heading out to sea at dawn Tuesday.

"The center of Laura will move over the Caribbean Sea just offshore of the southern coast of Cuba this afternoon, cross western Cuba this evening, and move into the southeastern Gulf of Mexico overnight," the NHC said.

Earlier, Laura killed at least 11 people in the Dominican Republic and Haiti, where it knocked out power and caused flooding in the two nations that share the island of Hispaniola. The deaths reportedly included a 10-year-old girl whose home was hit by a tree and a mother and young son who were crushed by a collapsing wall.

Once Laura passes Cuba, the system could quickly strengthen over warm water, which acts as fuel to supercharge the storm. Forecasters predicted winds of 105 mph before landfall, but some models showed an even stronger storm.

Together, the two storms could bring a total of 2 feet (0.6 meters) of rain to parts of Louisiana, perhaps raising the storm surge to more than 10 feet along the Louisiana coastline and pushing water 30 miles (48 kilometers) up the rivers in a worst-case scenario, said meteorologist Benjamin Schott, who runs the National Weather Service office in Slidell, Louisiana.

The double punch comes just days before the Aug. 29 anniversary of Hurricane Katrina, which breached the levees in New Orleans, flattened much of the Mississippi coast and killed as many as 1,800 people.