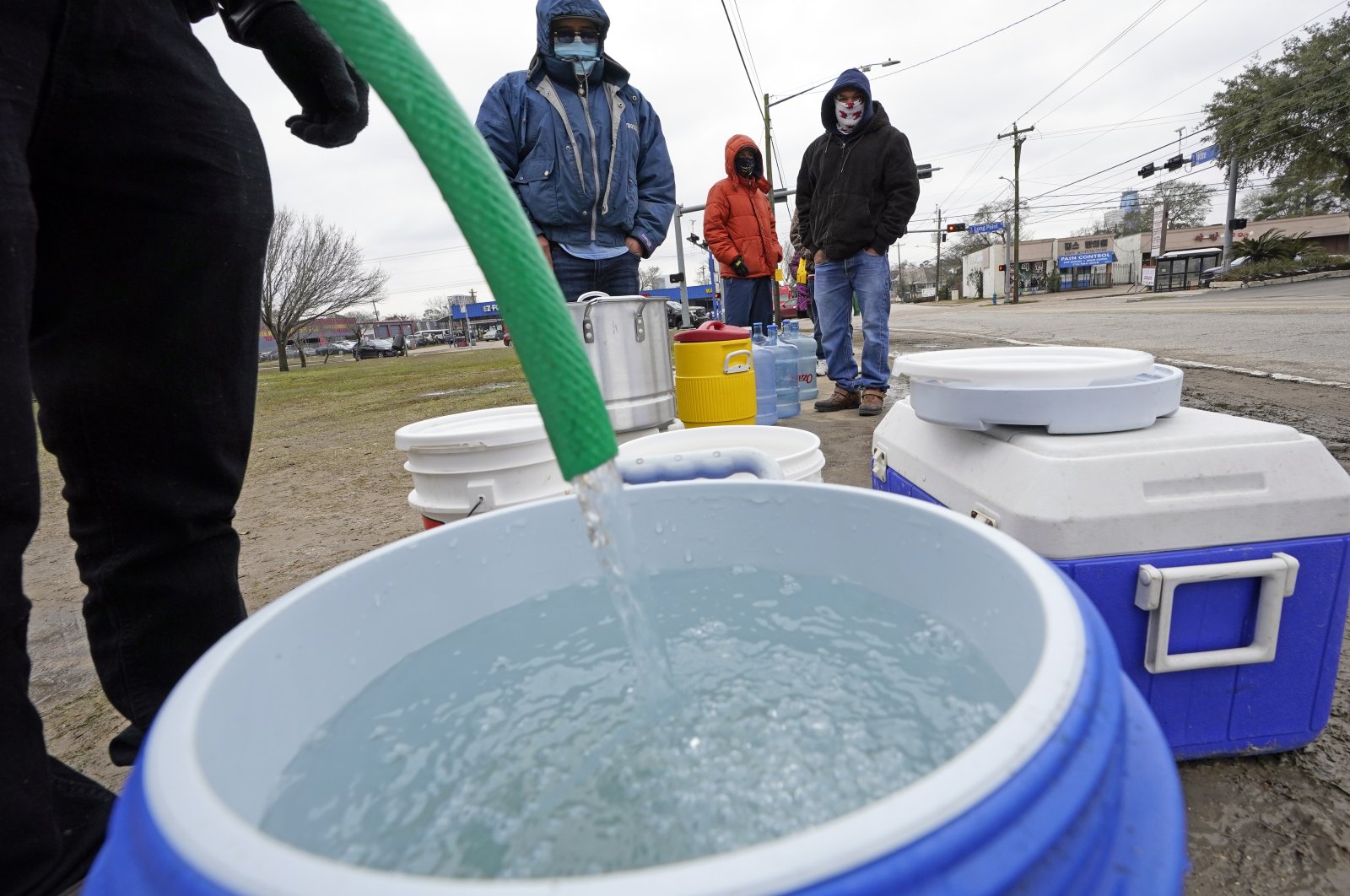 More than 1.3 million people across over 200 counties in Texas still had issues with their water supply by Wednesday, but that was sharply down from recent days, a spokesperson for the Texas Commission on Environmental Quality (TCEQ) said.

The figure marked an improvement when compared with Tuesday's 3.4 million, Monday's 8 million and Sunday's 9 million, or about a third of the state's population.

A deadly winter storm caused widespread blackouts last week across Texas, a state unaccustomed to extreme cold, killing at least two dozen people and knocking out power to more than 4 million at its peak.

As of Wednesday evening, "33 Public Water Systems are nonoperational, affecting 20,689 Texans," the spokesperson told Reuters in an emailed statement, adding that 204 counties were reporting issues with their public water systems (PWS).

He said around 853 PWSs were on a boil water notice, meaning people were being advised to boil water before consuming it, affecting 1,333,134 Texans. Some 1,176 previously issued boil water notices had been rescinded, he added.

Once the current crisis is over, the TCEQ plans to examine the ongoing experience to prevent such a disruption from taking place in the future, TCEQ Executive Director Toby Baker told Reuters on Wednesday.

The Electric Reliability Council of Texas (ERCOT), which manages the flow of power to about 90% of state residents, has faced sharp criticism over its failure to prepare for severe cold. Outages caused billions of dollars of damage to homes and businesses.

Six ERCOT directors have resigned and a board nominee declined a seat in the wake of sharp criticism of the group's performance.