More than 170 feared dead in Central America in Eta's wake 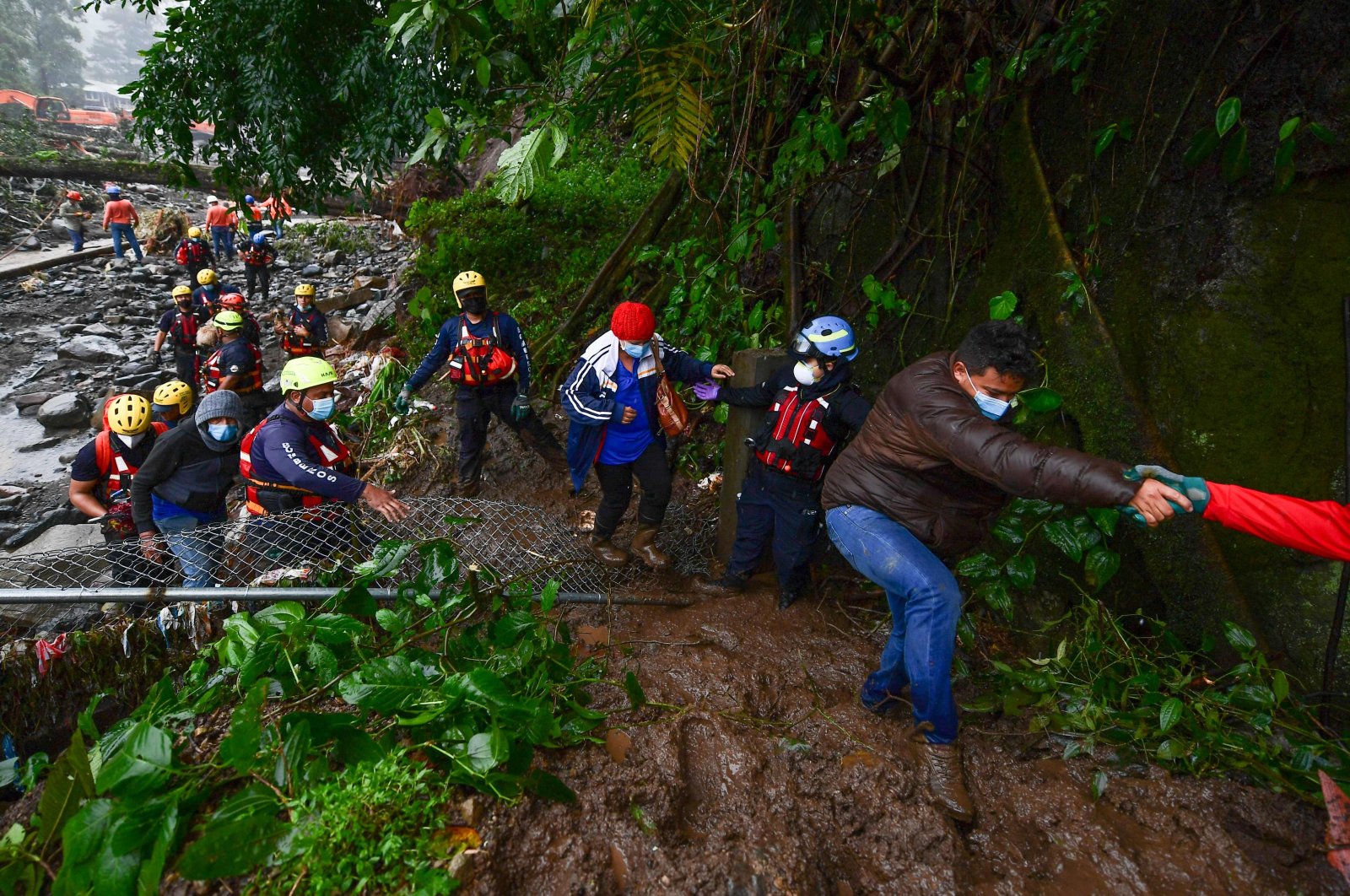 Members of the Red Cross help to evacuate people after the overflow of the Bambito river due to the heavy rains caused by Hurricane Eta, now degraded to a tropical storm, in Bambito, Chiriqui Province, Panama, Nov. 5, 2020. (AFP Photo)
by German Press Agency - DPA
Nov 06, 2020 9:52 pm

The number of deaths linked to tropical depression Eta in Central America may be greater than 170, according to new figures given Friday, following landslides and flooding triggered by the storm.

Eta made landfall as a hurricane in Nicaragua on Tuesday. It was downgraded to a tropical depression on Wednesday before entering Honduras, which it left late on Thursday, according to the country's civil protection agency, COPECO.

About 150 people are estimated to have been killed in Guatemala, President Alejandro Giammattei said Friday.

The estimate includes 100 people who went missing when 150 houses were buried under a landslide in the village of Queja near San Cristobal Verapaz in the center of the country, according to figures given by the army.

Soldiers had to cross a mountainous area on foot to reach the village, Giammattei said at a news conference.

"At this moment we calculate that, between the dead and those missing, non-official figures put it at more or less 150 dead, and we say non-official because we don't have it totally confirmed," the president said.

More than 80,000 people were affected by the storm in Guatemala, where 900 houses were damaged and over 4,600 people had to be evacuated, according to figures given by the disaster management agency CONRED.

The Ulua and Choluteca rivers overflowed their banks in Honduras, requiring the evacuation of thousands of people.

The center of Eta will move across the northwestern Caribbean Sea on Friday, according to the U.S. National Hurricane Center.

It will "approach the Cayman Islands Saturday, and be near Cuba Saturday night and Sunday," the center added.