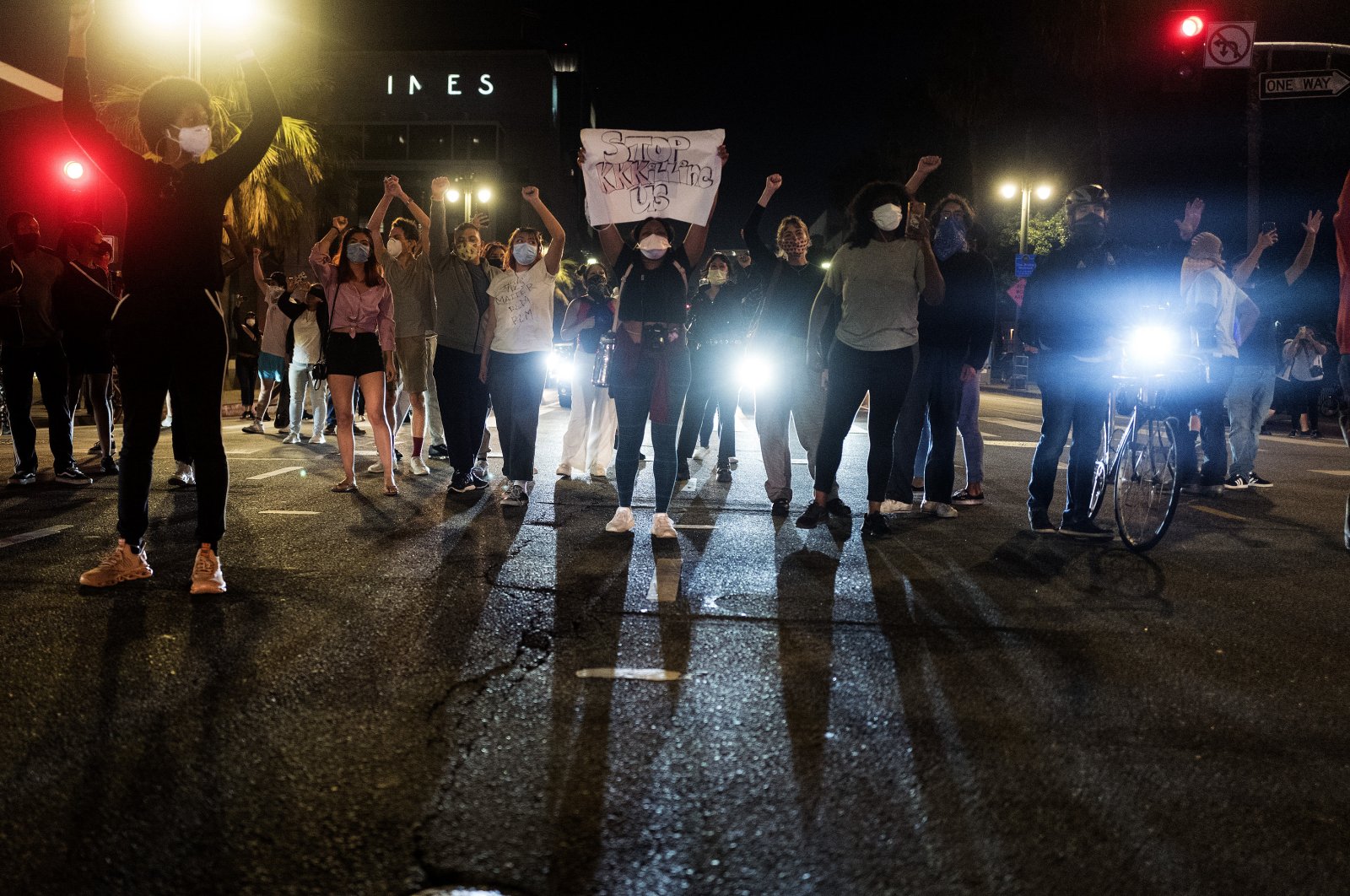 Demonstrators block traffic during a protest over the death of George Floyd in Minneapolis police custody earlier in the week, May 27, 2020, in Los Angeles. (AP Photo)
by Anadolu Agency May 28, 2020 6:08 pm
RECOMMENDED

More than 1 million people have signed a petition seeking justice for an unarmed, handcuffed black man killed by four police officers during an arrest in the U.S. city of Minnesota.

The campaign has already reached more than two-thirds of its goal of 1.5 million signatures.

"We are trying to reach the attention of Mayor Jacob Frey and DA (District Attorney) Mike Freeman to beg to have the officers involved in this disgusting situation fired and for charges to be filed immediately," a part of the petition read.

Floyd's death elicited rage and thousands have flooded to streets of Minneapolis to voice that black lives matter.

Video of Floyd's arrest captured by a bystander and posted on Facebook appeared to show the victim pinned to the ground, repeatedly pleading "I can't breathe" for nearly four minutes as an officer holds his neck to the ground with his knee. He appeared to be in handcuffs in the video footage.

Floyd appeared to lose consciousness, but the officer maintained his position on the victim.

His pulse was checked about three minutes after he stopped gasping for air while the officer continued to press his knee on Floyd's neck, but it is unclear from the video what the assessment was at that point. He is then loaded on to a stretcher and moved into an ambulance.

He did not appear to be conscious.