Most disciplinary records of police officers kept secret in US 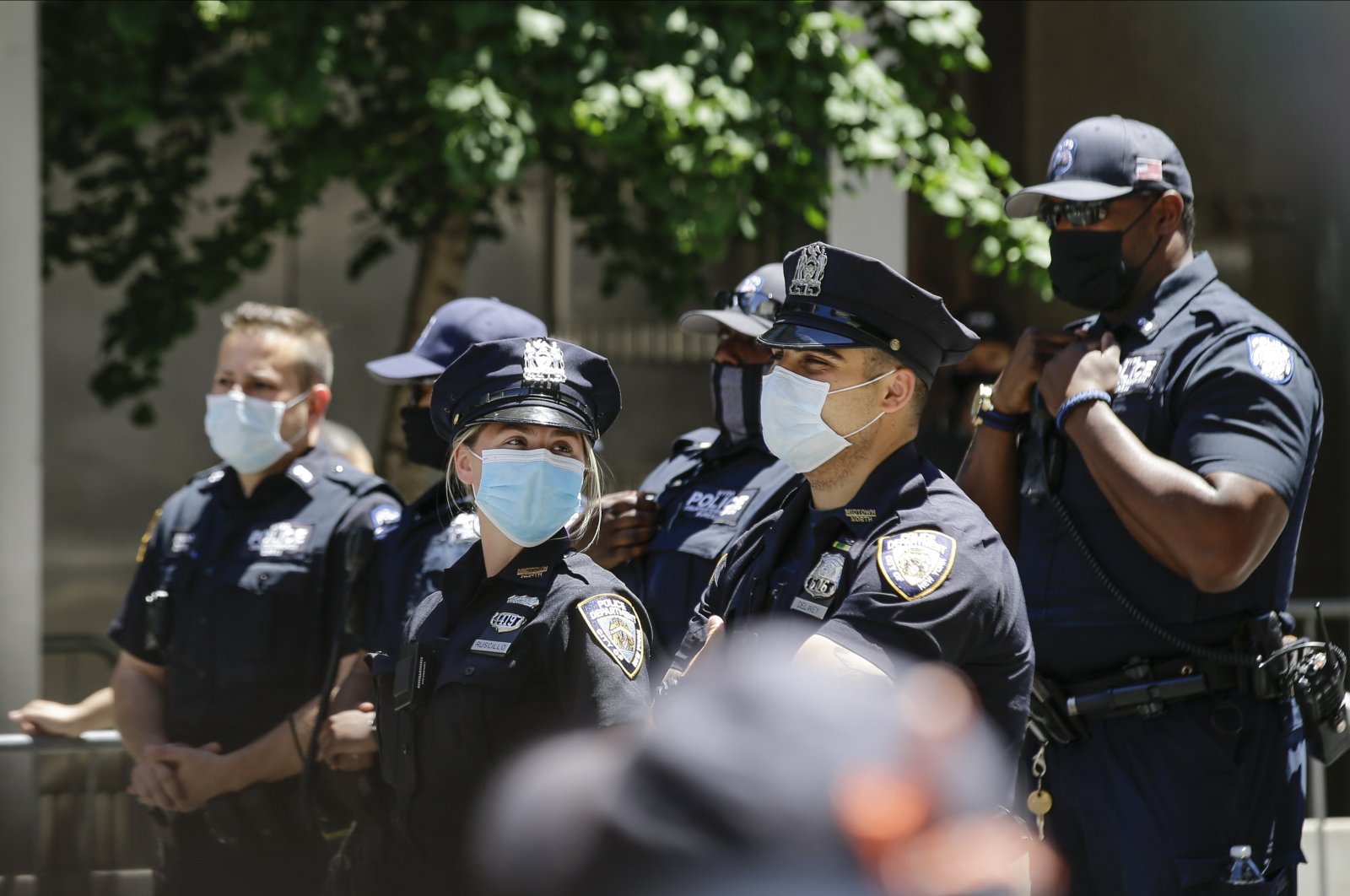 Officer Derek Chauvin had more than a dozen misconduct complaints against him before he put his knee on George Floyd's neck. Daniel Pantaleo, the New York City officer who seized Eric Garner in a deadly chokehold, had eight. Ryan Pownall, a Philadelphia officer facing murder charges in the shooting of David Jones, had 15 over five years.

But the public didn't know about any of that until the victims' deaths.

Citizen complaints against police across the U.S. are largely kept secret, either under the law or by a union contract – a practice some criminal justice experts say deprives the public of information that could be used to root out problem officers before it's too late.

In recent years, there have been dozens of examples of officers who had numerous complaints against them of excessive force, harassment or other misconduct before they were accused of killing someone on duty.

Confidentiality "makes it really tough for the public to know just who it is they are dealing with and to know whether their department or any particular officer is one they would want out in the streets,” said David Harris, a University of Pittsburgh law professor who studies police behavior.

While the U.S. considers ways to reform American policing following the sometimes violent protests that erupted nationwide over Floyd’s death in Minneapolis, complaint data is getting renewed attention as a way to track and correct rogue officers and perhaps head off more serious instances of brutality.

Both Democratic and Republican reform bills in Congress would make officers' disciplinary records public and create a national database of allegations – a shift in the political will that didn't exist just a few years ago.

Police advocates argue that withholding allegations are necessary to protect officers' privacy and keep them safe. Police unions have fought in contract negotiations and in state legislatures for confidentiality. In some cases, records are erased after as little as two years.

"The unfettered release of police personnel records will allow unstable people to target police officers and our families for harassment or worse," said Patrick Lynch, head of the Patrolmen's Benevolent Association in New York City. "A dangerous cop-hater only needs a police officer’s name, linked to a few false or frivolous complaints, to be inspired to commit violence.”

Personal information on officers is already being leaked online, according to an intelligence document from the U.S. Department of Homeland Security, obtained by The Associated Press.

Police unions argue, too, that the overwhelming majority of complaints are deemed unsubstantiated after internal investigations. But that argument carries no weight with the many activists who say police departments tend to protect their own.

Out of about 5,000 complaints brought against New York City officers last year for offenses such as discourtesy, excessive force and abuse of authority, 24% were substantiated, according to the city’s independent Civilian Complaint Review Board.

Bowling Green State University criminologist Phil Stinson, who has collected data on thousands of police charged, investigated or convicted of crimes, said that most officers go through their careers with few complaints against them and that generally, a small percentage of officers account for an outsize share of complaints.

Stinson recalled an Atlanta officer who had a personnel file full of "frightfully similar” complaints from women of sexual misconduct. It wasn’t until his file was leaked to a local TV station that he faced any discipline.

Around 40% of current New York City police officers have never received a civilian complaint, while 32% have one or two, and one officer has 52, the highest, according to the review board.

In New York, Pantaleo, the officer who put Garner in a chokehold in 2014 but was not indicted in his death, had eight disciplinary cases of abuse and excessive force, four of which were substantiated. But his record was secret until a staff member at the review board leaked it. The staffer later resigned.

New York legislators this week voted to repeal the law that kept officers' names secret along with specifics about complaints made against them. The repeal passed largely along party lines, and Democratic Gov. Andrew Cuomo signed it Friday.

"They have no privacy interest in acts of misconduct, in the use of force or the killing of civilians," he said. "When a police officer walks out the door in uniform, they’re a public official, and all of their conduct should be subject to public scrutiny.”

In Philadelphia, Pownall’s record was made public along with that of a few other officers named in hundreds of complaints after reporters filed a freedom of information requests in 2018. As for Chauvin, who is charged with murder in Floyd’s death, his records became public after similar requests – and the details are still being withheld.

Many departments disclose portions of officers' complaint files. Some release files only for certain time periods. Some withhold complaints if the internal investigation did not substantiate them. Others, like many Texas departments, hold back cases that did not result in a suspension or firing. But in most cases, the information is released only if the person requesting it names the officer.

But by the time a reporter or member of the public knows the officer’s name, it can be too late.

In Scottsdale, Arizona, Officer James Peters was involved in seven shootings from 2002 to 2012 that led to six deaths. Six of those shootings were deemed justified by the department. In the final case, Peters killed an unarmed man holding his 7-month-old grandson.

The city paid $4 million to the victim's family to settle a lawsuit that noted Peters had at least two previous complaints, including a reprimand for mishandling a gun he pointed at his own face.

Some states, cities and police departments are working toward transparency, however grudgingly.

A 2018 California law requires departments to start releasing information about misconduct claims, though only when officers are found to have improperly used force or fired their weapons, committed sexual assaults on the job or been dishonest in their official duties.

Several departments responded by destroying decades of records. Others filed lawsuits asking that the law not apply to files from before the law took effect in 2019.

A court ruling in a lawsuit in Chicago opened up the system there a few years ago. A data program created by an activist and journalist at the center of the lawsuit has even been used by members of the department to look at others’ files when they are assigned new partners or new officers are transferred into their units.

But that report, like the complaint data currently available online, will be scrubbed of all details, including the names of any officer, accuser or witness, said City Manager Brian Abernathy.

"I think we still recognize that officers are employees," he said. "We’re trying to balance their rights and the public’s right for transparency."