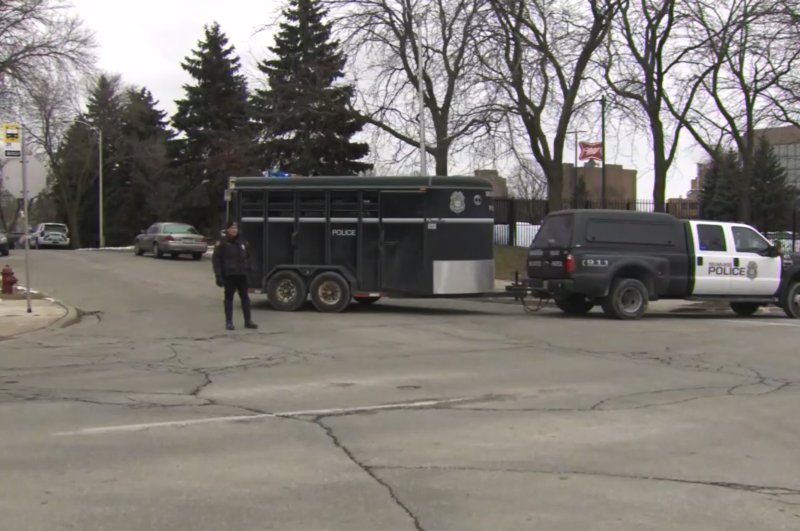 This image provided by WISN-TV, police respond to a possible shooting at the MillerCoors campus in Milwaukee on Wednesday, Feb. 26, 2020. (WISN-TV via AP)
by French Press Agency - AFP Feb 27, 2020 12:35 am
RECOMMENDED

A former employee who had just been sacked opened fire Wednesday at the Milwaukee campus of brewing giant Molson Coors, killing five before dying in the rampage, local media reported.

The shooter had been fired earlier in the day, according to the local Fox affiliate, citing multiple sources.

Police in the Midwestern city said earlier they were responding to a "critical incident" in the Miller Valley area home to the brewery, known until last year as MillerCoors.

"Please stay clear of the area at this time," tweeted the police department, while the Chicago division of the Bureau of Alcohol, Tobacco, Firearms and Explosives also said it was responding to an "active shooter."

Milwaukee congresswoman Gwen Moore tweeted at 2230 GMT that the scene was "still active."

The Milwaukee Journal Sentinel reported that Molson Coors had informed employees in an email of an active shooter on the premises.

The Journal Sentinel said five people were killed in the rampage, in addition to the shooter, although the report could not immediately be confirmed.

The paper quoted the husband of a brewery employee, Lasonya Ragdales, as saying she was informed of an active shooter and was texting him while locked in a room with co-workers.

Nearby schools were also placed on lockdown.

MillerCoors announced in October 2019 that it would undergo large restructuring and officially changed its name to Molson Coors Brewing Co.

It also moved its North American headquarters office from Denver to Chicago and shifted hundreds of corporate office jobs to Milwaukee.

The company was expected to cut 400 to 500 jobs throughout the organization during the restructuring.

The shooting is the latest in a long list of gun-related violence in the US, which saw a record 417 mass shootings in 2019, according to the research group Gun Violence Archive.