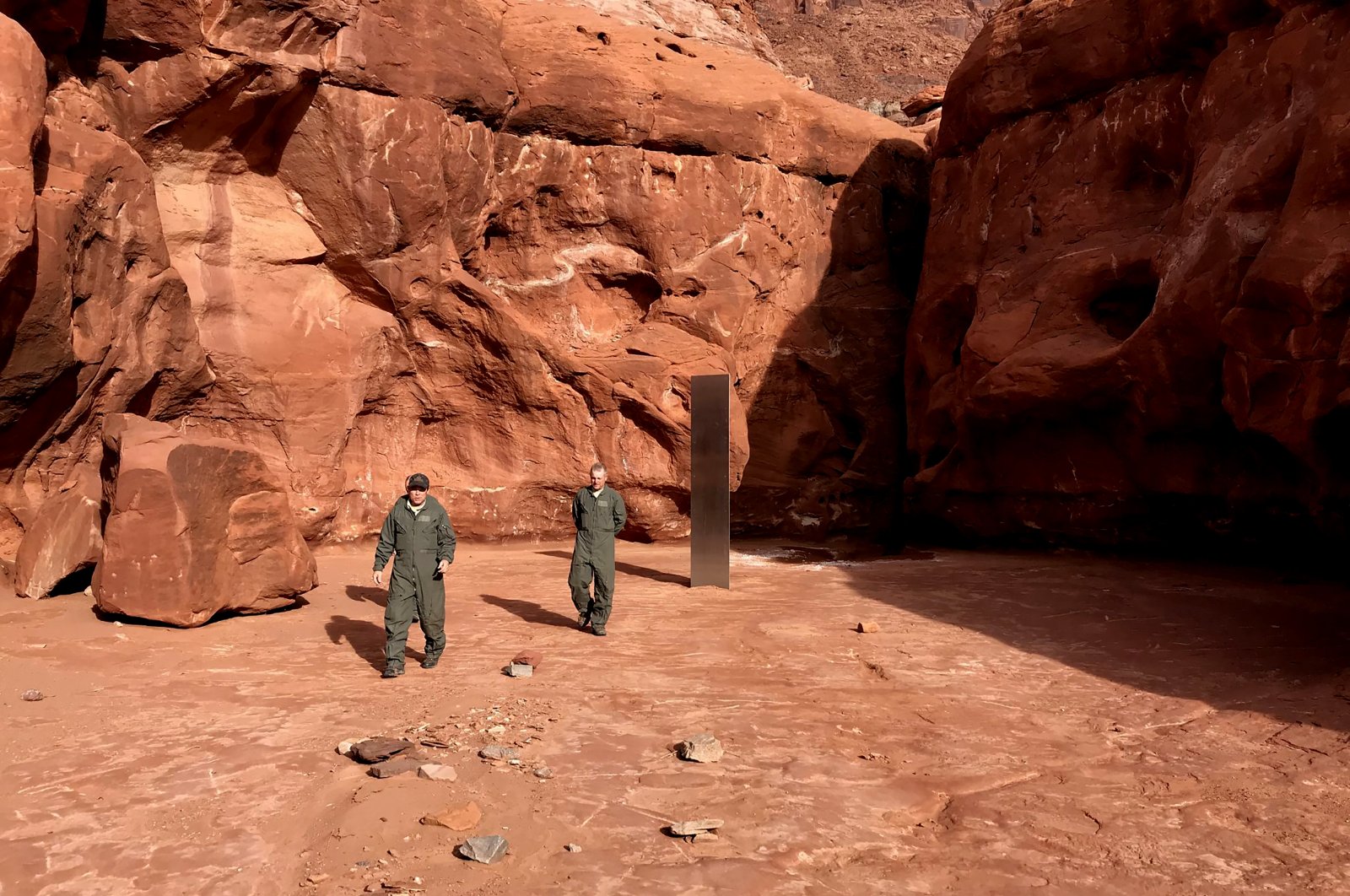 Deep in the Mars-like landscape of Utah's red-rock desert lies a mystery: a gleaming metal monolith in one of the most remote parts of the state.

The smooth, tall column was found during a helicopter survey of bighorn sheep in southeastern Utah, officials said Monday.

A crew from the Utah Department of Public Safety and Division of Wildlife Resources spotted the gleaming object from the air on Nov. 18 and landed to check it out during a break from their work.

They found the three-sided stainless-steel object is about as tall as two men put together. But they discovered no clues about who might have driven it into the ground among the undulating red rocks or why.

“This thing is not from another world,” said Lt. Nick Street of the Utah Highway Patrol, part of the Department of Public Safety.

Still, it's clear that it took some planning and work to construct the 10- to 12-foot (3- to 4-meter) monolith and embed it in the rock.

The exact location is so remote that officials are not revealing it publicly, worried that people might get lost or stranded trying to find it and need to be rescued.

The monolith evokes the one that appears in the Stanley Kubrick movie “2001: A Space Odyssey." It is illegal to place art objects without authorization on federal public land, which is where the tower is located.

Others remarked on its discovery during a turbulent year that has seen the world gripped by the COVID-19 pandemic, and optimistically speculated it could have a different function entirely.

"This is the 'reset' button for 2020. Can someone please press it quickly?" joked one Instagram user.

"Up close it reads: 'Covid vaccine inside,'" wrote another.

Bureau of Land Management officials are investigating how long it has been there, who might have created it and whether to remove it.